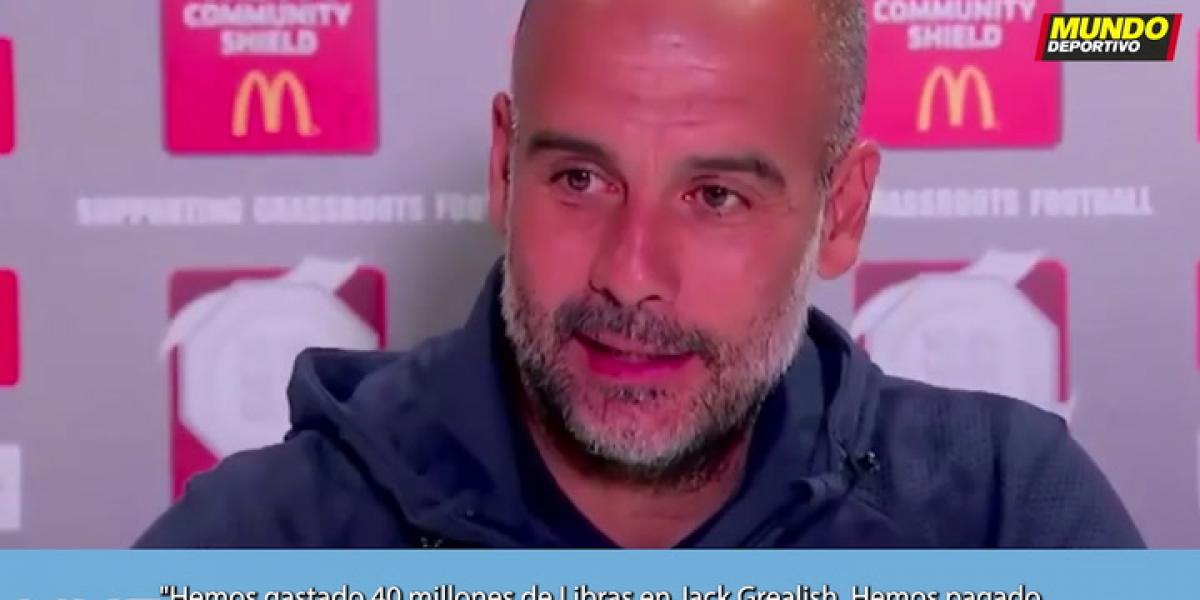 Guardiola premiered its sixth year in Manchester with the news coming from Barcelona about the farewell to Messi. As on so many other occasions, the Catalan was questioned by the possibility that 10 could go to City: “Right now it is not in our plans,” he pointed out at a press conference in which he took for granted that the recent arrival of Grealish makes any offer difficult: “In this world anything can happen, but it does not seem possible,” he added.

The first impressions of Pep, which also addressed the departures chapter. Among others, that of Bernardo silva: “He wants to leave, like three or four other players. If they bring an offer, the door is open to negotiate. We do not want anyone who is not happy,” stressed the coach of a City who is clear that he does not want bad faces in the locker room. Who wants to go out, this is the moment. Not on August 31st.

Another of the big names was Kane, for which he openly showed his interest: “If Tottenham does not want to negotiate, there is nothing to do. But if he is predisposed, I imagine that there will be many clubs that will want to sign him. We are not an exception,” he explained Guardiola, who knows the need to strengthen City after having won so much. Essential formula to maintain the competitive tone, especially of those who have been with the Etihad for more years.

The arrival of Grealish in exchange for 117 million euros it represents the highest disbursement in the history of the Premier. Guardiola justified his investment: “In the last year we have sold 70 million euros. That is why we have been able to afford to do it. He is 26 years old, with the future ahead of him. He is a great talent. I appreciate the effort to Khaldoon, the president, to Txiki Begiristain already Ferran Soriano“Tomorrow City plays the Community Shield against Leicester. It was left as a secondary matter. Foden Y De Bruyne they do not make it to the appointment.