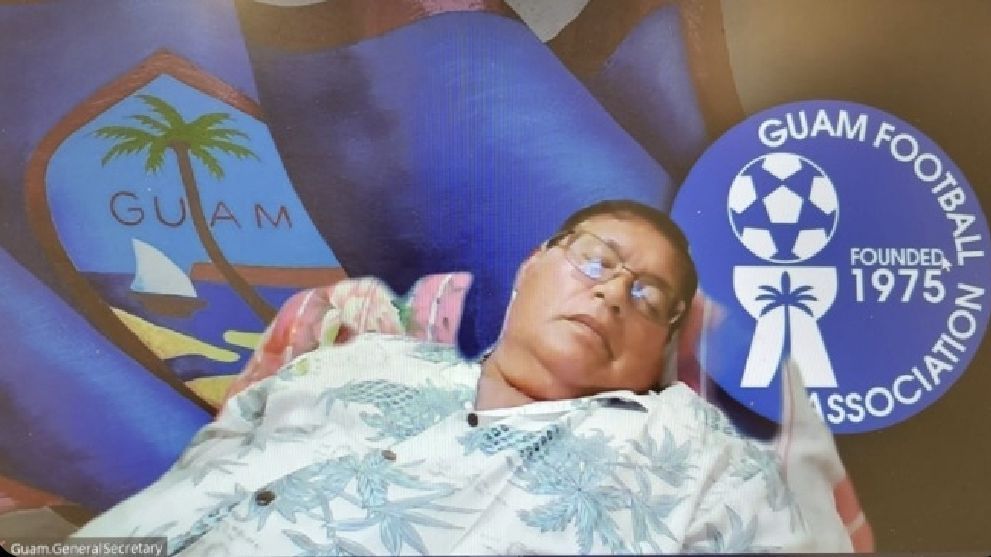 A photo was published on social networks in which the representative of Guam, Marvin Iseke, is presumed asleep during the FIFA meeting

The manager representing Guam, whose Secretary General of the Soccer Association is Marvin iseke, fell asleep during the “Summit world on the Future of Soccer ”, which was held virtually, in Doha, Qatar, and in which the possibility of organizing the World Cup every two years.

In social networks, a photo was published, first by the journalist Martyn Ziegler, in which the representative of Guam, asleep during the presentation of the benefits of a World Cup every two years, in a meeting that was led by the president of the FIFA, Giani Infantino.

In the subsequent press conference, the head of the highest soccer body was asked about the managers who were asleep during the presentation, to which he replied that it is the power of each Federation to choose their representatives.

“We have statutes and these statutes maintain that the supreme body of the FIFA It is the congress with the 211 member federations that compose it and they have the responsibility of making decisions that of course affect the future of football, how it would be if not otherwise, how it could be determined through a group assigned by clubs or leagues who decided all these situations, I believe that we have to be inclusive, we have to consider all parties and listen to everyone “, commented the president of the FIFA.

At the summit, no voting was carried out, because this type of mechanics is carried out in the Congresses that are held year after year by the Federations with the FIFA, although the practical and economic benefits of a World Cup every two years were explained, a measure that has caused controversy in the world.