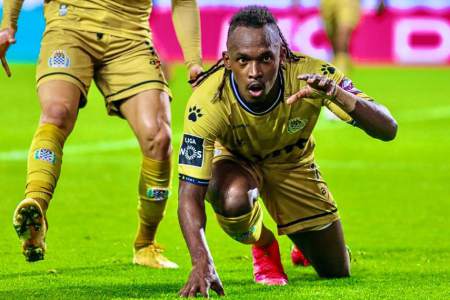 Alberth elis not sure its continuity in the Boavista from Portugal, His good statistics in his first year in Europe have made different clubs take an interest in him and the possibility of changing a shirt next season remains latent.

Daniel Solis, a Costa Rican agent who manages the catracho, has been present in Houston and has had the opportunity to chat with the forward at the concentration hotel prior to his return to Honduras due to his injury, he also did it with Kevin Alvarez, another of the footballers that he has signed with his agency.

Solís affirms that there is real interest from different teams for the Panterita, however they have not managed to specify anything so he prefers to handle the possible transfer to another club with caution.

“We are very cautious, with patience, he is a player who is bearing fruit in Europe, he is having the necessary statistics, but we are not rushing to make decisions that will not serve us, we are evaluating everything that comes, he has done things well, “he says.

And add: “The interest is real, but we handle it silently so as not to hinder any possible negotiations“, says Solís, who is vice president of Fútbol Consultants, the Costa Rican company that manages the catracho.

The Premier League is the league that Elis has expressed he wants to go to, Solís confirms that he meets all the requirements even though in the FIFA ranking, Honduras is not in the required location.

“He complies with everything and with the ranking it does not matter because when he is in a European League he does qualify to go “says about it.

“We know that all footballers like the Premier, it has the best teams, but in Europe you always have to analyze each movement, it is a possibility, but the door is not closed to any other,” he says.

And he clarifies: “Alberth belongs to Boavista and his contract is running, we have to go little by little, interest yes, but we are analyzing it “.