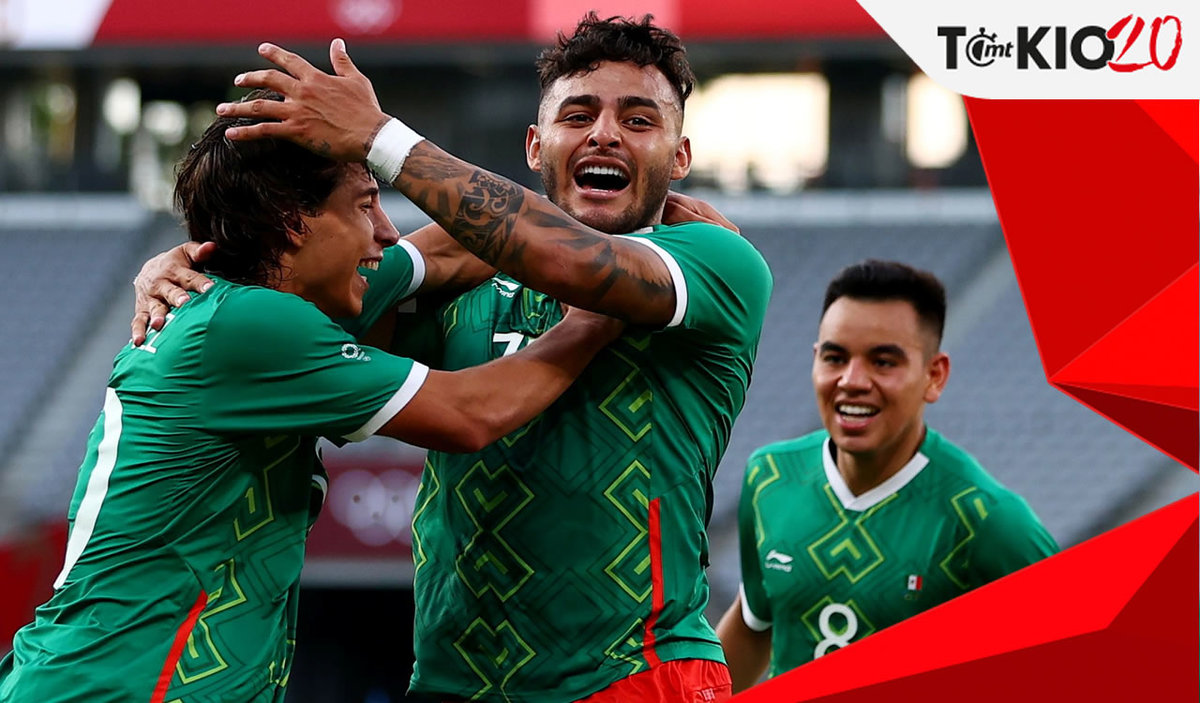 Painted with Chivas and America colors. The eternal nemesis of Mexican soccer were the protagonists of a dreamed and victorious debut of the Mexican National Team at the Tokyo 2020 Olympic Games, since with goals from Alexis Vega, Sebastián Córdova and Uriel Antuna -In addition to Eduardo Aguirre- he was overwhelmingly defeated by 4-1 to France by André-Pierre Gignac, who scored the only one on his team.

The first half of Mexico already looked good

Jimmy Lozano’s Tri was much better in the first minutes and in a lapse of 60 seconds he had two very clear. The first at the feet of Alexis Vega at 17 ‘, who had his shot taken on the line after taking off the French goalkeeper. At 18 ‘it was the magic of Diego Lainez, whose delayed center was badly impacted by Henry Martin in the small area.

How many times have we not seen that the team that dominated in the first half and did not finalize it paid dearly in the complement, but the Tricolor did not seem to be affected by the rest and in seven minutes he sentenced everything.

At 47 ‘a goal was shouted for the first time in Tokyo 2020 thanks to a header from Alexis Vega, who immediately went to thank Diego Lainez for his enormous play and center “with the crook” that left him full on the line of the small area.

The pulsations continued to butt with the goal of the Chivas forward, but the Americanist contribution was lacking when Sebastián Córdova made us scream again in the middle of the Mexican morning the 2-0, finding himself incredibly alone to shoot goalkeeper Bernardino with his left foot.

Gignac got nervous, but there was ‘witchcraft’ from Antuna

If something could be reproached to the Jimmy Lozano team, it was the defensive inattention that ended in a French goal. A hit to nothing found in Kolo Muani to a sprinter who was knocked down by César Montes in the area.

It could not be other than André-Pierre Gignac whoever did evil to Mexico from eleven steps, although Ochoa was close to stopping him. Yes indeed, the forward and star of Tigres did not celebrate the score and even made an apologetic gesture.

And when it seemed that the nerves could take over the national team, Uriel Antuna entered the field for Lainez and made effective his minutes. First with a right hand that took paint off the post at 77 ‘, but two minutes later he had the second that he did not forgive with a wonderful left foot that hit the base of the post and decreed 3-1.

And to close the party, already at minute 90 and in his first ball touched on the field, Eduardo Aguirre was not “mute” in the celebrations because he took advantage of a gift in the area that sentenced the 4-1 final with which Mexico signed its best debut in the history of the Olympic Games, making millions dream that the medal is possible and, why not, that it is the same color as in London 2012.