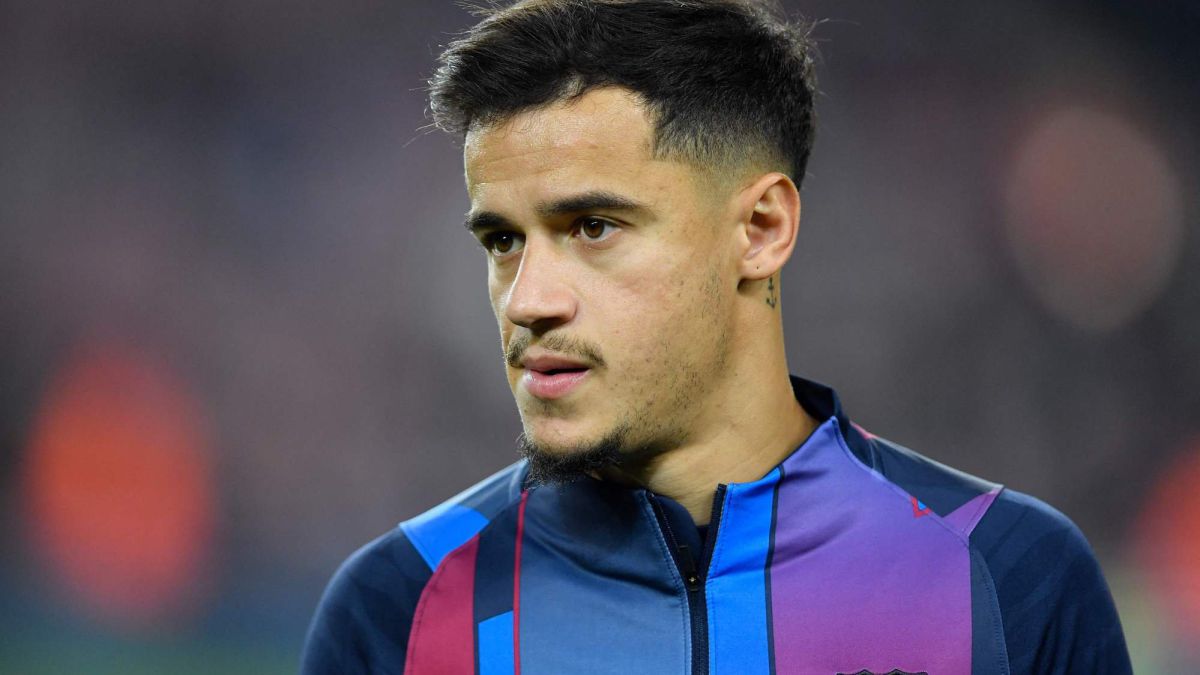 When Mikel Arteta’s Arsenal appeared to be the main candidate to recruit Philippe Coutinho during the current winter transfer market, another Premier League club appears to have taken the lead for the Brazilian. As reported by the journalist Helena Condis, of the COPE chain, the Blaugrana team would be negotiating with Aston Villa to let the 29-year-old midfielder leave as a loan. Coutinho, who would meet again at Villa Park with Steven Gerrard, a former teammate at Liverpool and current Villans coach, would play in Birmingham until the end of the season. Brazilian and English shared the pitch for 81 games over three seasons at Anfield. And, as the journalist has also reported Gerard romero, from Jijantes, the call of the current technician of the Villans It would have been “definitive” for the possible return of the still Barcelona footballer to the Premier League.

👉 Coutinho: Barça is negotiating with Aston Villa the CESSION of @Phil_Coutinho. Negotiation sources tell me that they are working on the agreement so that it will go on loan until the end of the season there. Cited in @sportscope @tjcope @partidazocope

And it is that the future of Philippe Coutinho is still in the air. A few days after the opening of the winter transfer market, FC Barcelona is still looking for a way to exit the most expensive transfer in its history, which will not be an easy task. According to the Italian journalist Rudy galettias well as the diary SPORT, placed Mikel Arteta’s Arsenal as the best positioned on the list of suitors to take over the Brazilian’s services. The poster that Coutinho still has in England after his successful stint at Liverpool is vital for various Premier League teams to have asked Barça about the 29-year-old midfielder. However, that memory of the best Coutinho will not be enough. As it points the Catalan newspaper, the London team “has set its conditions before making an official offer to the Blaugrana”.

The Brazilian will put all kinds of facilities to leave Barcelona During the month of January, but for it to end up at the Emirates Stadium, the Blaugrana team will also have to do a lot of their work. The Gunners They want an assignment to use, without any purchase option and do not intend to pay the total salary of the midfielder. That is, an important list of requests through which Barça would put an end to the ‘Coutinho soap opera’. Likewise, Arsenal could come to consider a second option: the inclusion of a very low purchase option, as well as a drastic reduction in the salary of the Brazilian player in the event of a permanent transfer. Perhaps these are not the conditions that most interest FC Barcelona due to its delicate financial situation, but for the moment it is one of the few solutions for Coutinho to pack his bags.

If the footballer will try to facilitate the work of both the culé team and his future destination club, it is because Coutinho wants to be at the 2022 World Cup in Qatar. A good performance during the second leg of the 2021/2022 season would allow the Brazilian to gain a foothold in Tite’s list. But for this, the most likely thing will be for Coutinho to find accommodation away from Can Barça. To the aforementioned intention and conditions of Arsenal, The interests of teams such as Palmeiras and Flamengo are added, destinations that seem completely utopian for the Brazilian clubs themselves due to the impossibility of assuming the player’s salary. For his part, also in the Premier League, Galetti has already stated that Everton, Leicester City and Newcastle would have closely followed the Brazilian’s situation, with the Toffees being the most surprising suitors due to Coutinho’s past as a Liverpool player.