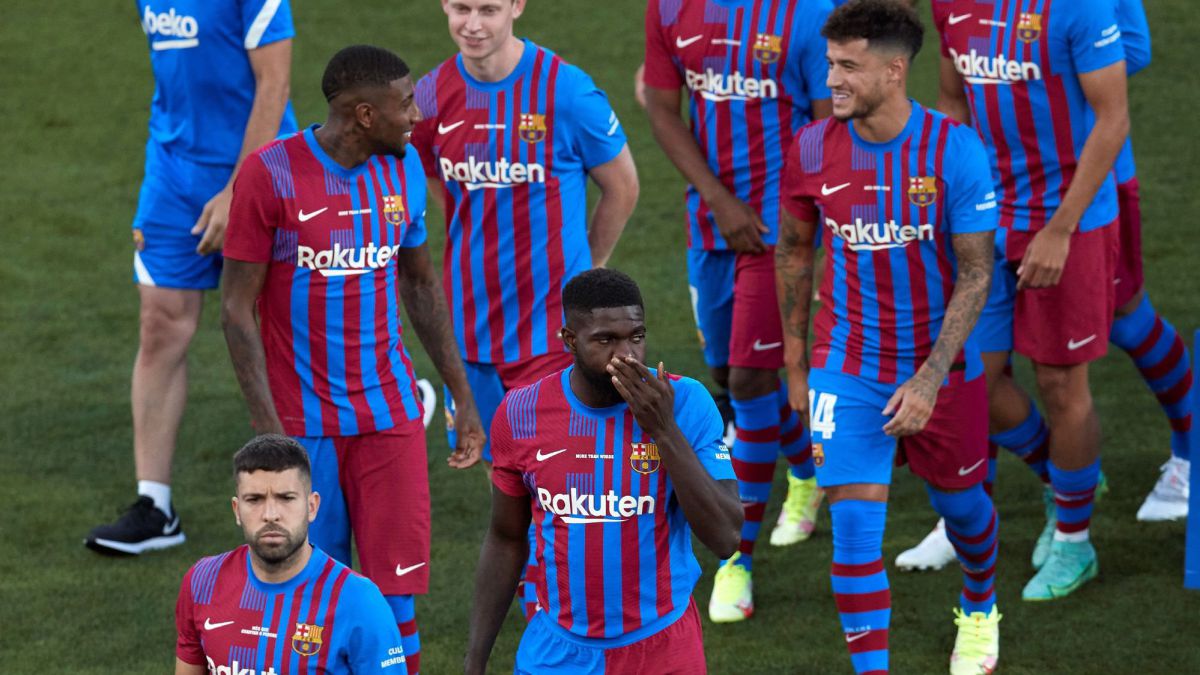 The first public exhibition of the FC Barcelona squad has served so that the fans can publicly express their indignation and anger at the non-continuity of Messi. Before the game against Juventus, and as tradition marks, the official presentation of the squad was made, with the players going out one by one to the field to receive the affection of the fans.

But this time affection has been turned against some players, who have received a real blow in the form of boos and whistles from the moment the ‘speaker’ said their name. The most whistled, and who had a bad drink since they did not even say hello to the stands, walking head down and resigned were Miralem Pjanic and Samuel Umtiti. These two players received a public flogging at the helpless gaze of their teammates, who tried to cheer them on.

But they were not the only ones who received the opposite message from the fans. The captains, especially Jordi Alba and Sergi Roberto, also had to put up with the whistles, although not as unanimous as Umtiti and Pjanic, while Piqué and Sergio Busquets had to put up with a shy whistle.

The French also endured theirs, especially Griezmann and Dembélé, and it was very clear to the Brazilian Coutinho that the fans are not going to miss another one, with another considerable whistle.

The rest of the players were received with applause, especially two: Memphis Depay and Ansu Fati. Who could not know the reaction of the public was the Kun Agüero, who had to stay at home resting after suffering a broken calf, which as you may have learned ACE, it could put you off the pitch for a month.

But the biggest and most overwhelming ovation was received by Leo Messi, who despite being absent was always present. In fact, even in Sergio Busquets’ brief speech, as first captain, he had a special memory of the player: “We will miss you very much. Eternal thanks, Leo.”

Then, the one from Badia asked the fans for help, aware that the environment in which the team finds itself is not the best to start the season: “We hope to do important things and do it together with you, we need your support more than ever and it will surely be the case”.