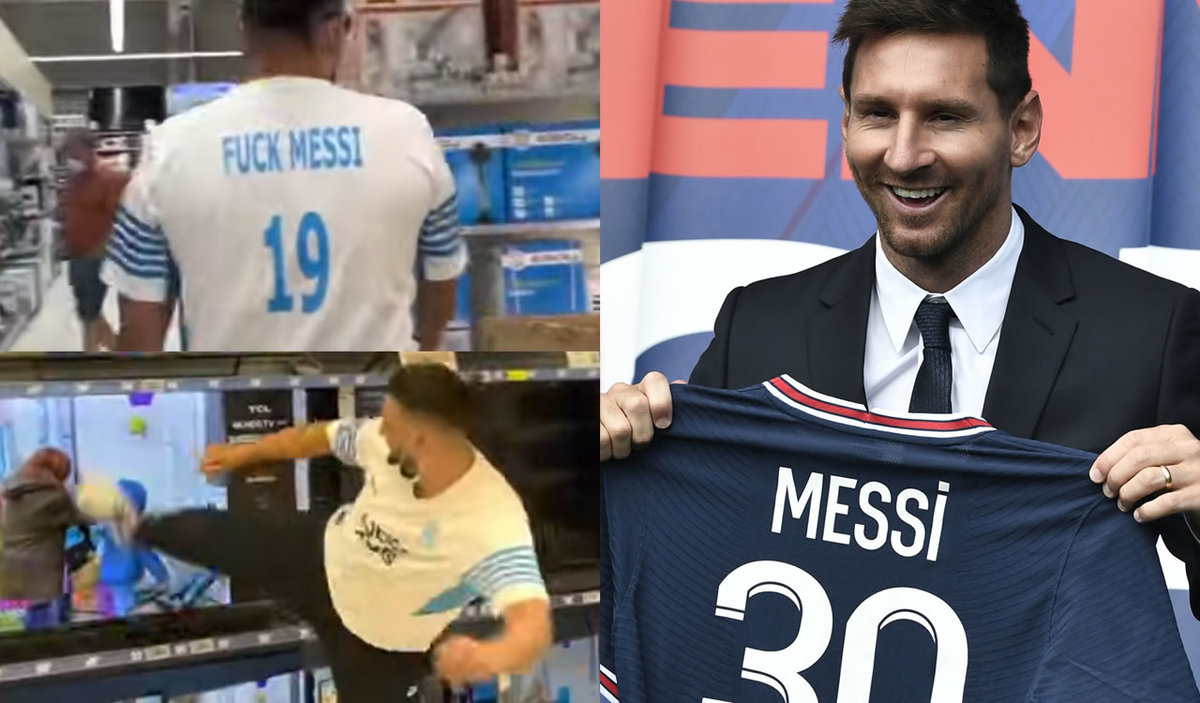 
The Messi’s arrival in France is the sports news of the year, although not everyone in that country loves the idea to have one of the best footballers in history, particularly to the supporters of Olympique de Marseille, PSG’s eternal rival, which as we know has the most radical group of fans in that nation.

One of the most famous fans of the Marseille is Mohamed Henni, a YouTuber who on his channel has 1.78 million followers and who during the Messi’s presentation at PSG went to a department store to destroy televisions that broadcast the historic event from the Park of the Princes.

Carrying a Marseille t-shirt with the phrase “Fuck Messi” and the number 19 -which was speculated was the one he could use in Paris Saint-Germain, until it was confirmed will look 30-, this supposed influencer destroyed two televisions with kicks.

Despite receiving hundreds of thousands of likes on his channel, this reprehensible attitude also won him over multiple reviews and more than one unfollow when dealing with damage to private property, in addition to run away cowardly after telling the camera that: “Messi joined a shitty team, the French club is Marseille, you’ll see.”

At dawn this Wednesday (Mexico time) the Lionel Messi’s official presentation with PSG, in which the Argentine explained that the wardrobe was one of the “key factors” to choose his new team, for having people of the same nationality and old acquaintances like Neymar.

“Both Paris and I were looking for the same goals by being apart and now that we are together I hope we will achieve it. It’s not easy (winning a Champions League), there are times when you can have the best team in the world and not win, I think Paris knows it too. It’s difficult to win it, what it takes I don’t know, but you have to be united and also a little bit of luck or you look for it, the best doesn’t always win, what he has makes him so beautiful and that’s why everyone loves him (the Orejona) ” he noted in his presentation lecture.