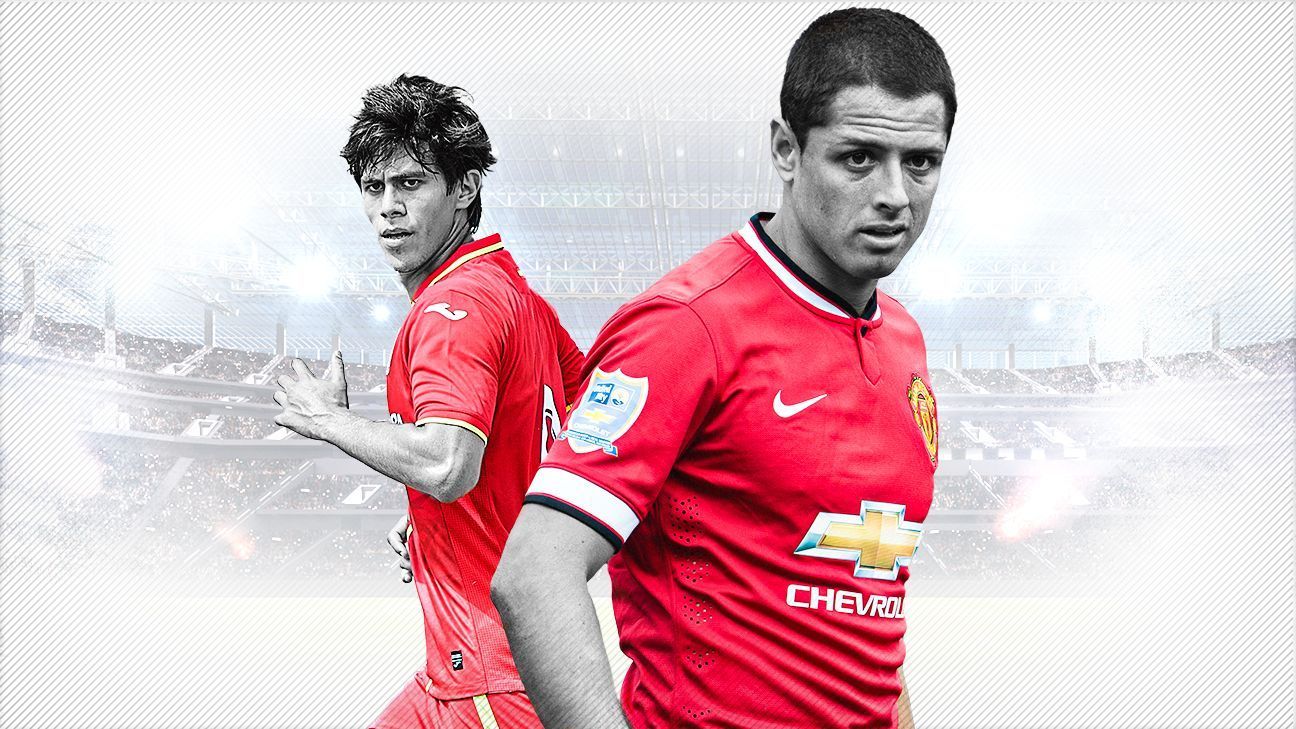 Between the last two strikers that Chivas exported to Europe there is an abyss at the beginning; Chicharito with goals and titles in Manchester, while Macías with little participation in Getafe

Jose Juan Macías and Javier Hernandez They are the last forwards that Chivas sent Europe, the first one plays in Getafe and will fight for permanence in LaLiga, while Chicharito came to Manchester United in a season where he ended up as a Premier League champion and a Champions League finalist

Macias stayed on the bench for the first time in a game where Getafe He was looking for a goal against a direct rival in the long career for the permanence in LaLiga, Elche.

The Mexican forward had entered as a revulsive in the three previous meetings, to add 41 minutes of play, and although he has not yet scored a goal in Europe, chose to fight for a place as a starter in the penultimate team of the classification in Spain and one of the only two clubs that have not added units this season.

Macias he lives a very different reality from the one he experienced Javier Hernandez when he also embarked on his adventure in European football. Both players have the same trait: they are the last forward centers that Chivas exported to European football, Chicharito when Manchester United paid $ 8.3 million to Guadalajara and where Jorge Vergara himself was involved in the negotiation; while 11 years later, Jose Juan fought for his departure from the herd and could only do so through a loan, with an option to purchase, to Getafe, who gave him the opportunity to play in Europe, but that so far he has not been a starter in his new team.

Chicharito He arrived at Manchester United in the 2010-2011 season and immediately had an impact on the squad. His first goal was to give the Red Devils the Community Shield over Chelsea. With a value of 8.3 million dollars, he added 217 minutes in his first four games in the Premier League and it was in the fourth game that he scored his first goal in the league.

Jose Juan Macías He is the Mexican player who accumulates the least participation after four games, just 41 minutes and still does not register annotations.

Getafe was the only team that managed to convince Chivas of the assignment of Macias; the same forward accepted that Amaury Vergara kept his word to let him out Europe despite the fact that they were not going to receive income from the transfer, but until the end of the season and when the Spanish team exercises the option to buy for the attacker.

Macias He arrived in Spain with a value of 11 million dollars, according to Transfermarkt, but Miguel González has not considered him as a starter at the start of the League and only accumulates 41 minutes of play, all entering change.

The 21-year-old forward reached Europe after that in the last season he scored 12 goals with Chivas and although Getafe only registers one goal in the first four games, Míchel has not considered Macias as holder.

11 years have passed between the arrival of Chicharito Hernandez Manchester United and J’sosé Juan Macías with Getafe. Chivas he got rid of two of his last references in the attack to let them fulfill their European dream, although at the beginning of the adventure there is a gulf between the two stories.