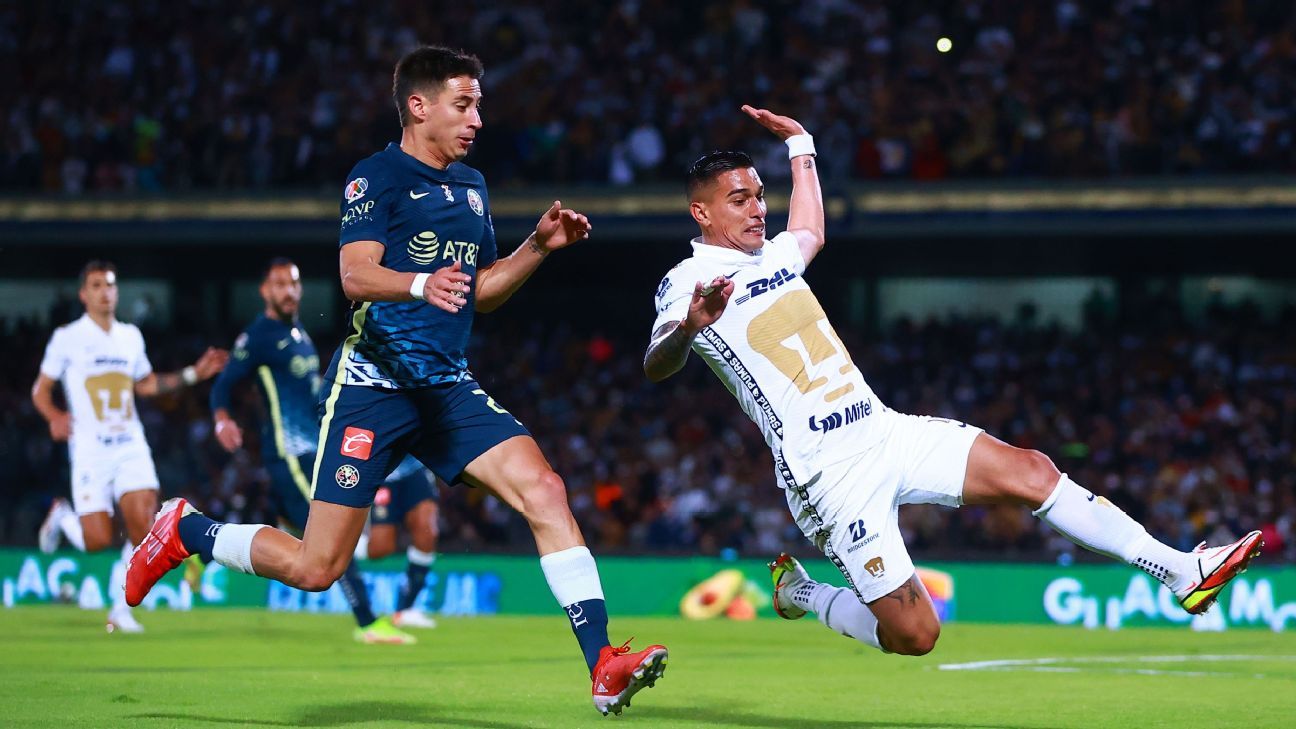 Faced with the little spectacle offered in the quarterfinals, our experts analyze the reasons why the first leg games were so lackluster

MEXICO – It is a fact that the start of the League Many people did not like it due to the non-purposeful playing styles that were seen in the matches between Pumas and America in University City, and Monterrey and Atlas at BBVA.

The goalless draws originated conflicting opinions, as happened among the specialists of ESPN, which in some cases attribute the goalless results in the first two Liguilla matches to the disappearance of the away goal rule.

“I think it did hurt, because obviously the visiting team does not have so much urgency, or so much need to look for the goal. In this sense, we saw a America conservative, a defensive America, an America that retreated, but on the other hand I consider it to be valid. “

“I say, from when here is it not valid to look for a tie in football? It is not spectacular, it is not attractive for the grandstand, but of course it is valid to arrive 0-0 at your house in the second leg … It is supposed that League It has to be spectacular, for that they invented it, and it turns out that it is an instance, at least yesterday in both games, very lackluster, but on the other hand, I insist that attack little, because it is not perfectly valid. It is not a shame not to look for the opposite goal, because it is a strategy and football is also strategy “.

“It was a mistake to take away the away goal in the roundtrip playoffs. The approach to visiting teams first becomes pretty obvious: Don’t lose. The return is a completely different story. Before, with the away goal at least there would be a window of possibilities for the team that visited first, in having a reward for attacking and looking for the goal; now that reward does not exist. “

“It makes no sense to go out and open in the first leg, when everything can be resolved in 90 minutes with favorable conditions for the team that receives in the ‘return’ … It is not only because the America lost the last round for the away goal; It is a measure adopted by Conmebol and by UEFA. Everything in football changes and hopefully the people who make the decisions realize that taking away the away goal was a serious mistake. “

“I don’t think that removing the away goal rule has affected the Quarterfinals. What I see is a team that speculated throughout the tournament: the America; It was more of a defense team than an attack team and I don’t think that because of the away goal America has changed too much. That is Solari’s way of playing with or without an away goal. “

“In the other key the same thing happened with the Striped: It is not that Javier Aguirre’s team has not been the most offensive team either and I go more for the profile of Solari with America and with the profile of Aguirre with Rayados and throughout his career, rather than with the change of the rule. The away goal was also removed at UEFA level, so I don’t think this has anything to do with it. And I also think that if the Liguilla has not been spectacular, it is because the tournament has not been spectacular. “

“For me it significantly impaired the show, as the ‘away goal’ fostered the idea that there would be less speculation … We saw it at the beginning of this League; I understand and even justify the Atlas, because it is a limited club, but the America It was grotesque. “

“A team of historical and passionate significance, playing with ‘fear’, defending itself, taking care of itself, does not fit in America, with or without the rule of the away goal. If in Mexico it is about giving it its place, and importance to what a club does in the regular season, it would be necessary to look for other formulas. That one did not work and generated a mess at the beginning of a Liguilla “.

For ESPN analysts it was a mistake to take away goal, but it is not a reason for boring games