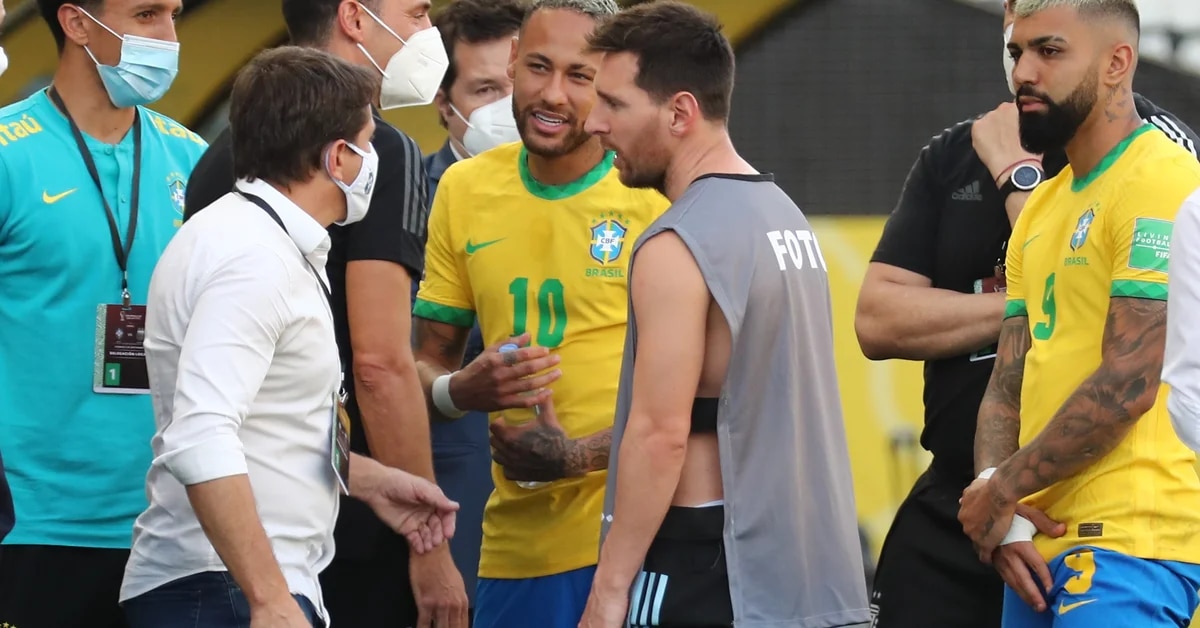 After five months of waiting, FIFA ultimately ruled that the suspended match between Brazil and Argentina valid for date 6 of the South American Qualifiers towards the Qatar 2022 World Cup, it will be played again on date and venue that will determine the entity chaired by Gianni Infantino.

In this way, the duel that began to be played on September 5 at the stadium Corinthians Arena, from the city of São Paulo, will be rescheduled with an important fact:. the Brazilian Football Confederation (CBF) lost the locality.

In addition, FIFA established fines for both associations and decided the suspension for two matches of the Argentine players Emiliano Buendía, Emiliano Martínez, Giovani Lo Celso and Cristian Romero for not complying with the FIFA Return to Football International Matches Protocol.

In relation to economic sanctions, CBF will have to pay a fine of 500,000 Swiss francs -about 540,000 US dollars- “as a result of the infractions committed against security and public order.” For its part, the AFA must pay 200,000 Swiss francs -US$ 216,000- due to “the breach of its obligations with respect to security and public order, the preparations for the match and its participation.”

In the report of the Venezuelan referee Jesús Valenzuela to which he had access Infobae On the same day of the game, which was suspended five minutes after the access of security personnel after the complaint against the aforementioned four Albiceleste soccer players for violating the federal regulations for entering the country, it was established that “health surveillance personnel from the been communicating that the match could not continue because there were players (Emiliano Martínez, Giovani Lo Celso, Cristian Romero and Emiliano Buendía) who had not quarantined, according to the legislation of the state of São Paulo. Proceeding to the suspension of the meeting.

It is worth noting that at no time in the report does the judge state that Argentina has withdrawn from the field of play, but rather that the Argentine squad, once they received the communication, went to the locker room.

It is important to remember that less than three hours before the start of the duel, the ANational Sanitary Surveillance Agency of Brazil (Anvisa) advised a mandatory quarantine for the soccer players of the Argentine national team Emiliano Martínez, Giovani Lo Celso, Cristian Romero and Emiliano Buendía, from the United Kingdomand asked that they be prevented from staying in the country for violating immigration regulations related to the coronavirus pandemic. Anvisa denounced that these players lied in the affidavit they signed upon entering Brazil. from Caracas, omitting that no less than 14 days ago they had been in England.

After being authorized by FIFA and Conmebol, the players got on the bus and went to the stadium. The hymns passed, the match began, but near the benches you could see a cluster of strange people, talking with managers and members of the field of substitutes. It was there that a police authority entered, wearing a black shirt and with an order in the back pocket of his pants, with the order to take the aforementioned players to isolation. Egg Acuña and Otamendi got in the way, pushing the man, which was the beginning of the end of a scandal that went around the world.

The FIFA statement on the match between Argentina and Brazil

The FIFA statement for the Brazil-Argentina match

The FIFA Disciplinary Committee has made its decisions in relation to the suspended match between Brazil and Argentina in the preliminary competition for the FIFA World Cup Qatar 2022™ on 5 September 2021.

After a thorough investigation of the various factual elements and in light of the applicable regulations, the FIFA Disciplinary Committee has decided that the match should be replayed on a date and place decided by FIFA.

1. order the Brazilian Football Association to pay a fine of CHF 500,000 for infractions related to order and security;

2. order the Argentine Football Association to pay a fine of CHF 200,000 for failing to comply with its obligations regarding order and security, preparation and participation in the match;

The decisions of the FIFA Disciplinary Committee were notified to the parties involved today.

Chiqui Tapia’s message after FIFA’s resolution on the suspended match between Argentina and Brazil
Messi used to say that he was better than him and they competed for who scored the most goals, but the injuries harmed him and he became a globetrotter: “I’m a normal player”
Richarlison closed the gap between Argentina and Brazil: “Messi is the best in the world, he deserved to win the Copa América”