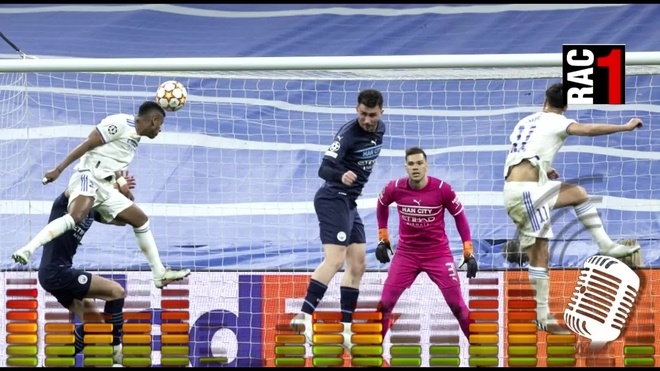 ANDThe final and definitive push came with goals from Rodrygo and the penalty converted by Benzema, but minutes of work, suffering and knowing how to put up with a result that still kept Real Madrid alive were left behind. Fede Valverde represents what he is and means that work. He is not the only one, but I know it is true that the Uruguayan ran during the one hundred and twenty minutes that the game lasted, leaving even his breath on the way.

Valverde, in addition to threatening City’s goal with his powerful arrival He was the Real Madrid footballer who recovered the most balls. With twelve, he only fell behind Nacho and Casemiro. He repeats position in something very much in today’s football, such as duels. He was the third most played by the white team (31) and the first of the Real Madrid midfielders. He is the second who won the most (62 percent), although the first is Lucas Vzquez who played four and won 75 percent.

He searched for the ball at ground level three times, taking two of them. He closes the circle as the Real Madrid player who intercepted the most balls with six, just two behind Carvajal.

The bastion of the Royal

The always cold data give way to a deeper analysis and that points to Fede Valverde’s shadow work. He held the team defensively in duels, recoveries, interceptions … and gave that energy and lung to the center of the field. He was the only midfielder who was not substituted and did not stop running, pressing and giving support in the 120 minutes.

The numbers of the Uruguayan far exceed the rest of the midfielders. It is true that players like Nacho or Carvajal were also decisive in that balance between defense and attack, but the presence of the former Pearol player is an invaluable help for the order that Carlo Ancelotti wants to impose in his Real Madrid.