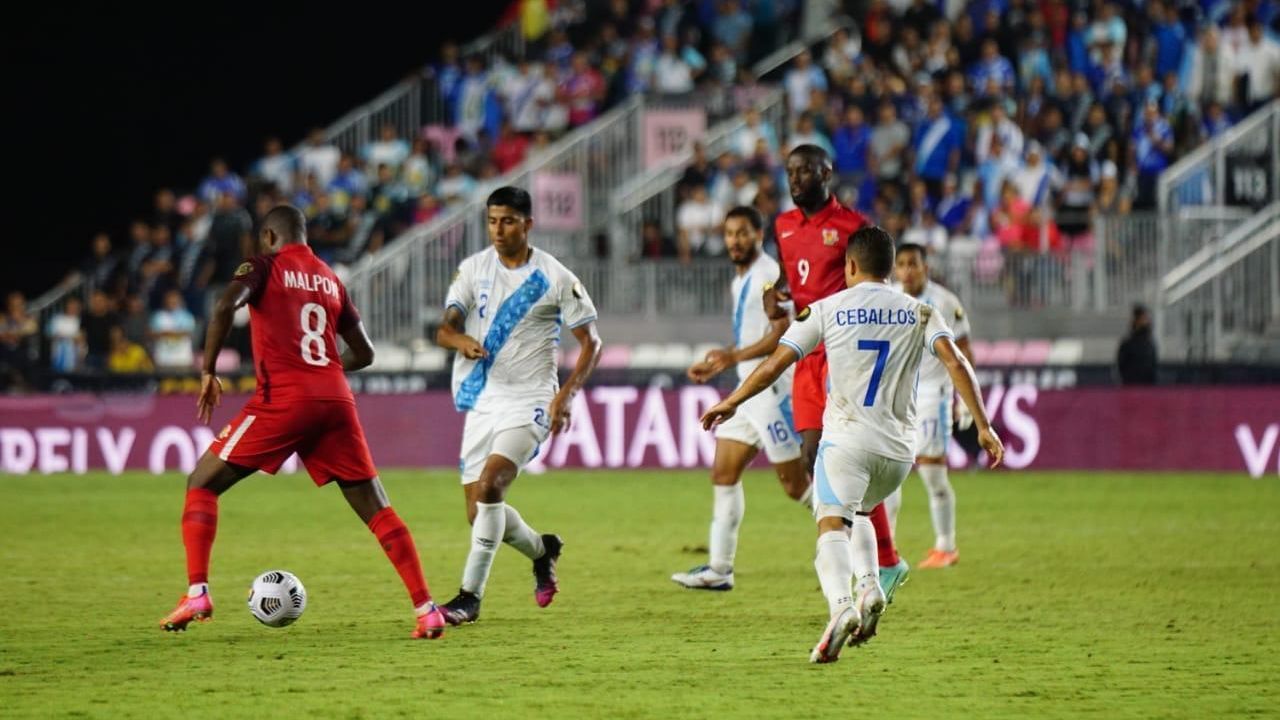 MIAMI, UNITED STATES – The Guatemalan National Team fails again and fails in its attempt to advance to the Group Stage of the 2021 Gold Cup by losing 10-9 on penalties to Guadeloupe in the match played at the DRV PNK Stadium in Miami, after the 1-1 draw at the end of 90 minutes.

The Bicolor thus celebrates six years without participating in the Gold Cup officially. In the penalty shootout, those who missed their shots were Marvin Ceballos twice Y Gerardo Gordillo. While on the side of Guadalupe, Anthony Baron failed and the hero was Dimitri Cavare by scoring the victory penalty.

Despite the fact that Amarini Villatoro made the change at the last minute of goalkeeper so that Ricardo Jerez was the protagonist, it was the rival team that took advantage of Guatemala’s mistakes to advance to Group C of the 2021 Gold Cup.

It was the Selection of Guadeloupe the first to score the goal. After a long pass from the middle, the attacker Matthias phaeton received the ball from the right side of the attack and after the late closing of Matan Peleg, the Guadeloupe footballer crossed to beat Nicholas Hagen and find the 0-1 of the match.

Response from Guatemala arrived at minute 16 ‘after a defensive error. Stheven Robles sent a long ball into the area, forcing Yohann Thuram to leave, leaving the ball loose and on the rebound he took advantage Luis Martinez to finish off with the right leg and equalize the actions 1-1.

The minutes passed and both teams bet on their game. The clearest play for Guatemala was on the feet of Darwin Lom when he received a ball inside the area, he hooked the defender, however in the closing of Steve Solvet, the ball passed a few centimeters from the post.

For its part, Guadeloupe He responded again through Matthias Phaeton who left José Carlos Pinto on the road and with a cross shot forced goalkeeper Nicholas Hagen who responded perfectly and kept the ball. Before the end of the first half, Mexican referee Fernando Hernández missed a penalty for Guatemala after a foul on Darwin Lom inside the area.

In the complementary part, Guatemala he suffered under pressure from Guadalupe, which reached Nicholas Hagen’s goal with greater clarity. In fact, at minute 55 ‘Mickael Alphonse found himself a rebounding ball and was unable to make a correct hit at the back of the goal.

Moisés Hernández was close to scoring the second goal. After a corner kick he won the aerial ball, but the rival goalkeeper gasped as he took the ball off the corner kick. Immediately, Amarini Villatoro made the variations in the midfield with the entry of Rudy Barrientos and Rodrigo Saravia.

In the final stretch of 90 minutes, Guadalupe was unable to capitalize on Guatemala’s defensive errors. In fact, Nicholas Hagen saved the most dangerous shot to the center of the arc.

❌ TWO MISSED PENALTIES! Marvin Ceballos missed two penalties and Guatemala was out of the #COPAOROxESPN: https://t.co/EhiSbHbJRc

😰 A header from Moisés Hernández could give the Bicolor the advantage, but the Guadalupe goalkeeper reacted in a sensational way: https://t.co/hFb84mPXQs

🎥 VIDEO! 🎥 The Guastatoya forward takes advantage of a big mistake by the goalkeeper and a defender to equalize the game against Guadeloupe: https://t.co/XAIajPXc6O

Annotation by Phaeton that takes advantage of the facilities that the Guatemalan defense gave him.

📣🇬🇹 The initial 11 of @fedefut_oficial for the Second Round of the Preliminaries of the # CopaOro21 🏆 🆚 Guadeloupe 🇫🇷 #This is ours pic.twitter.com/9i8jOMF0lS

🇫🇷 Guadeloupe is ready to take on 🇬🇹 in round 2 of # GoldCup21🏆 Prelims. Here is their starting XI!#ThisIsOurs pic.twitter.com/GDclIQ0pvv