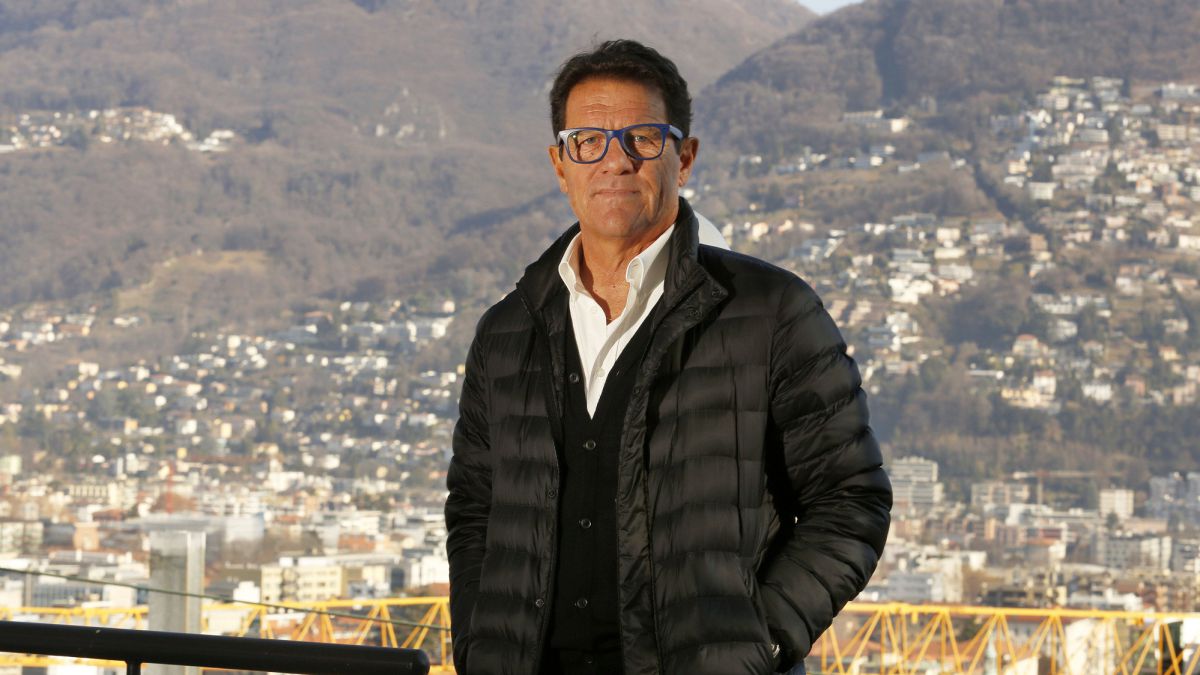 This in milan, near Lugano (Switzerland), your usual place of residence. Fabio Capello (75 years) serves AS, he assures, after a long walk of more than two hours. He remains in shape although he has already left the benches. Is now commentator on Sky. He won two leagues with Madrid in two different seasons. Of the second, that of the Burning Nail, much remembered, they have just turned 14 …

Were you surprised that Zidane will leave Madrid?

Yes, yes… Zidane has done incredible things at Madrid. He has won it all. He has made the team play very well. But it is clear that when you do not find the confidence of the people who work with you, the president … You do not like to work like that. I did the same in Milan, having results I did not feel well and I left the bench and that was how I arrived at Madrid for the first time.

Why is it so difficult to be a Madrid manager?

It is because sometimes managers think they know more than the coach. These are people who like to talk about football, they like to say that more can be done, that they would like to put this player on because he is better than the other … The story is always the same! I always say that, as a coach, I put on the field what I think is the best team to win games and titles. This is the absolute truth of all coaches. If we put one, it is because it is better than another.

Do you think Ancelotti good choice?

Sure … He knows a lot, he knows the house, the language, he speaks calmly with the players … He is a great coach, he has experience. I think that after a great coach like Zidane he is the best coach that Madrid could choose.

“Ancelotti is the best coach that Madrid could choose after Zidane”

Do you believe it?

And more at this time in which Madrid is. He needs a coach with a lot of personality and who knows football, and Carlo meets those two conditions.

Does Madrid need a revolution?

Man, today Madrid has the most beautiful midfield in Europe. And the average is the engine of the team. Sure the three (Modric, Kroos and Casemiro) They will not be able to play all the games to the fullest, they will need breaks, but I think that Madrid have a good team, yes.

“Sometimes a manager thinks he knows more than a coach. When there is no confidence, he does not like it”

¿Casemiro, Modric and Kroos are they the best average in Europe?

They have quality, experience… These are the good ones, for sure. To win you also need defense and more, but this is the main thing. I saw Modric play against the English the other day and it’s another level. Kroos is also another level. Casemiro … They’re not kids, that’s true, but for a year they can do good things, and that’s why I believe a lot in Ancelotti.

You are going to need muscle and speed, which are two different things. But you have to put those two things together.

Where is football going?

Look, every 20 years there is a great revolution. The first was made by Rinus Michel’s Ajax, and it was total and dynamic football. Then Arrigo Sacchi and I did it with him, and he talked about the occupation of spaces. Then Guardiola came … Look, Guardiola himself has changed now!

He has changed touch football for a much more vertical one, and that has really been the last revolution in football. But that speed, from my point of view, is achieved more by quality than by muscle.

And the Kanté, Pogba or Camavinga?

Look at the Chelsea who won the Champions, or Liverpool football that I have liked so much in recent years. Speed, a lot of speed, very good technique! But also thinking a lot about defense. For me, the most important thing, my idea of ​​football, is knowing how to adapt to the players you have. If you want to play tap and you have speed footballers, you can’t. And on the contrary the same. You have to find the perfect balance between your idea and the players you have on your squad. Kovacs had Cruyff, Neeskens and others at Ajax; Milan to Van Basten, Gullit, Rijkaard, Baresi, Maldini … Barça to Xavi, Messi, Iniesta, Busquets …

Let’s go back to Madrid. He had Allegri closed, he said no, and he talked to Conte… Does that make sense?

You won two leagues in two seasons… What was your secret?

The point is that the players are convinced that the things you say are to help them. I made them understand that they had to help me and I the club to win titles. It’s confidence in a coach! This is what had happened to Zidane. When he arrived after Benítez was fired, the players trusted him. And Benítez is a good coach… but he didn’t find the confidence of the players.

Did it hurt you to be branded defensive?

It’s the biggest lie in the world! They started saying it when I won the first title with Milan, all the games were 1-0, 1-0, 1-0… But look at my first year at Madrid. He only played with a midfielder who was Redondo! And next to him Seedorf, who was a playmaker. Victor in one band, Raúl in another and Mijatovic and Suker above. Is that being defensive?

We didn’t have the facility to move the ball, no. That quality was lacking, but it was what it was. And we had problems with some players, like Ronaldo… When we sold him, the team changed.

You sat Ronaldo … Did that reinforce him in front of the locker room?

Ronaldo is the best player I coached in my life. Him and Van Basten. By far. But at that time it was negative for the team. I tried to help him, and I told him what to do… Look, I weighed 96 kilos. I asked him: “How much did you weigh when you won the World Cup in Korea and Japan?” “84 kilos,” he told me. “Can you go down to 90, at least?” And it did not come …

Ancelotti also had personality to seat Bale and they called him to an office.

You have to have personality and very clear ideas of where you want to go.

Would you have renewed Ramos?

How old are you?

There you have it … You had to talk to him. Age is a burden for everyone. I don’t know if he was going to be a starter… I’m talking about a player who has been very important to me. And I also helped him a lot. When I signed in my second stage he just arrived. It has been fundamental in the triumphs of the team, how to deny it. But perhaps with 35 years it is no longer time to demand a lot …

Is the myth more respected in Italy?

No, no, no… Buffon left and came back, and goes away again. Pirlo left, Del Piero also … One Club Man in Italy it was only Gigi Riva and Totti. It is that that is very complicated. Sometimes the players do not understand that the curve, with age, becomes downward. It doesn’t go up forever. There is a physical descent, another mental …

What memories do you have of the Burning Nail League?

Above all I have two memories. Huelva’s match against Recreativo. We won 2-0. They tied with two headshots with 10 minutes to go. And in the last minute, in a fantastic against Beckham and Roberto Carlos, we won the match. Later, before going to the press conference, I passed the Recreativo changing room and they were all dead (laughs). They were all dead! It seems that they needed to win, I think they had a briefcase, but it’s the same …

“At halftime in the last game of the Burning Nail League I was able to scream, but I was understanding … And it worked.”

And then I remember the last game against Mallorca. The first part we play out of shame. And at the break, I who normally speak standing up, decided to sit at everyone’s level. “Roberto, make room for me. Kids, we have done an incredible thing, we have recovered many points to Barça! Do we want to give away the League? Well, we are going to play as we train. No pressure. With peace of mind…”. And we won 3-1.

Did the talk work?

It was a mental problem! They were all starting players with their teams, but they were blocked. And it was the most difficult intervention I have ever had in a locker room. I could have yelled, speak loudly, scold… But I was understanding and spoke calmly. And very few words. That’s how it went.