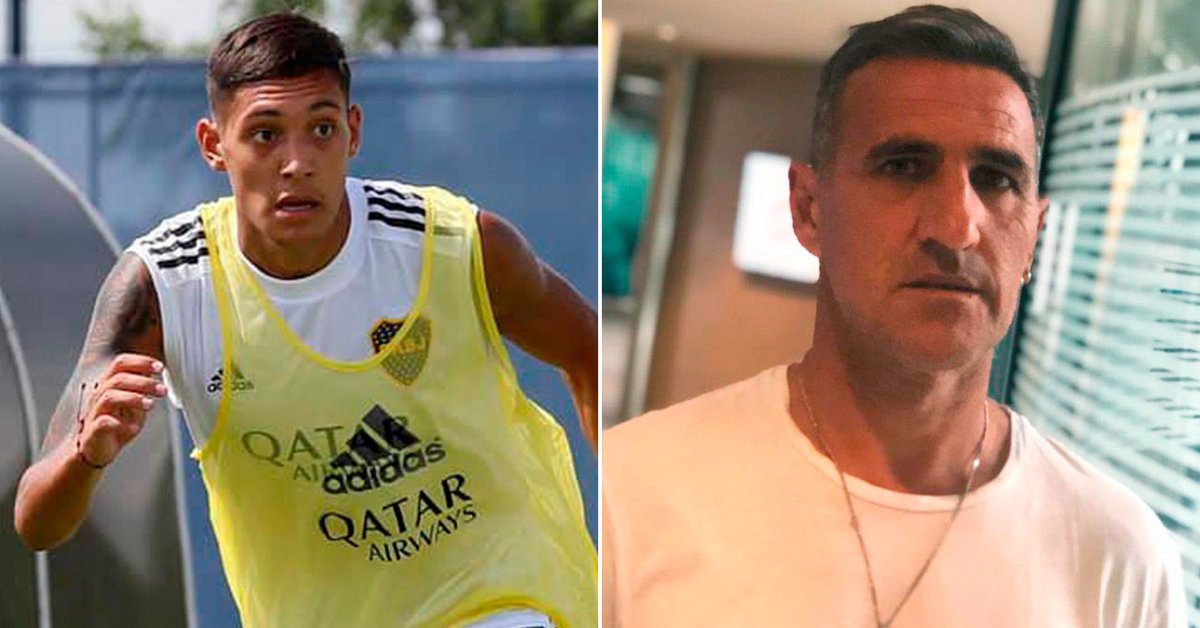 The father of Nahuel Molina, a footballer who emerged in the Boca quarry who today plays for Udinese and disputes the Copa América with the Argentine national team, exploded in a radio interview and pointed to Raul Cascini for his dealings during the negotiation for the renewal of his son’s contract in the Xeneize before being released in the middle of last year.

“Nahuel wanted to play for Boca and he told the Council that. He was called on the phone by Cascini, who is a Rottweiler. They are three Rottweilers that Riquelme has. They negotiate like they played, like Cascini and Bermúdez played, they eat your brains out. These people do not listen to you, they think that we are nothing and they are wrong “, shot on Soccer 910 on Radio La Red Hugo Molina, who was present at one of the meetings with the members of the Soccer Council xeneize led by Juan Román Riquelme.

And continued: “They are very proud. The one who spoke the most was Cascini, the Pattern and the cello They were respectful guys. I (Cascini) knew him on television, I personally met him there. I don’t like to talk like that to me. It is seen that we are very from the interior and we are more respectful. He was very pushy. We were not going to fight, we were going to agree. They did not disrespect us but it is not negotiated like that ”. The father of the right-back assured that they made two proposals to the Council but the former footballers did not move from their position: “They said ‘it’s this or nothing and go train with the Reserve.’ What happened? He went to the Reserve. He’s a crazy boy, and this has already happened to many in Boca. They defended the club in their own way, I don’t agree with that ”.

This is not the first time that the relative of a Boca soccer player breaks into the media to speak ill of the Soccer Council since something similar happened previously with Cristian Pavón’s father and Esteban Andrada’s wife.

Molina signed a contract at age 17, when he made his professional debut. Without a place in the squad, he was transferred first to Defense and Justice and in 2019 to Rosario Central, but his contract was never touched. Six months after being released, he returned to Boca and Miguel Ángel Russo asked to have him on campus, but the board made it a condition that he extend the link. Finally there was no agreement and he was separated from the campus. With the pandemic decreed, the last months before being released were away from the club. The Xeneize pocketed about 600 thousand euros for training rights.

Hugo Molina admitted that it was a mistake not to have negotiated the renovation before and regretted the treatment of Riquelme’s slopes: “They are boys who have an extraordinary experience. It is wonderful to know them for me that I am from the interior and I love football. I had a good dialogue with the Boss, but what do I know, many of Nahuel’s colleagues were left out. I am hurt because I never had the possibility to speak it and get the anger out of myself. I know that Nahuel and his representative may be angry with me. My son is a great person and they disrespected him. People must be valued, especially when they are young. Besides there are four soccer players, great professionals, they left the field, they are not leaders. That they don’t respect their colleagues … And Nahuel came out of the Boca quarry, crazy”.

Molina Sr. clarified that he is a fan of Talleres de Córdoba but that the family has great affection for Boca: “Nahuel thinks that the club gave him a lot, his career is extraordinary. I met La Bombonera on the day of its debut against Newell’s. I have been a footballer since I was a child and a received coach, I love football, I am not interested in business, I enjoy sports. I don’t have a car and I’m not interested in whether Nahuel will buy me one ”.

On the other hand, he also recalled an episode with the previous administration chaired by Daniel Angelici: “I have known Boca since Nahuel was in the lower ranks. Boca has that great and extraordinary thing and things of amateurs. Two days before playing Colombia for the Copa Libertadores, my son did not have his passport up to date. As I was 17 years old, I had to stop doing my job to travel to Buenos Aires and do the express passport. I traveled with all the money in my pocket, they didn’t even pay me for coffee ”.

A world champion with Boca asked Gallardo for the National Team and told why he said no to a proposal from Riquelme
The two friendlies that Boca scheduled before playing against Atlético Mineiro for the Libertadores: what line-ups Russo is preparing
Mariano Closs revealed why Scaloni changed the position of leaving Messi as a substitute against Paraguay: the great gesture of La Pulga