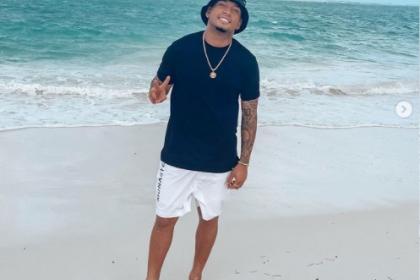 Jarlan Barrera was involved in an uncomfortable scandal in recent days, when his ex-wife, Ana María Hernández, accused him on her social networks of not complying with the maintenance of the child they have in common and of preventing them from accessing her apartment.

The former partner of the Atlético Nacional player appeared crying to say that Barrera does not comply with the agreements that have been reached for the divorce, when it is he who would be in a hurry because he already appears publicly with his new partner, Melissa Cuadrado.

The woman said that, by court order, he prevented her from entering the apartment where she has lived with the child for more than three years.

The soccer player has not publicly referred to the case and his lawyers are in charge of the situation while he spends his vacations in Punta Cana.

Meanwhile, the Instagram account Ojo Vallenato published a document, apparently from the Barranquilla court that deals with the divorce, in which it is detailed that the maintenance fee that the athlete must pay amounts to 15 million pesos per month, to be paid in fortnightly sums of 7.5 million pesos.

According to the document, which does not come from official sources or from the two involved in the case, this is how the expenses are discriminated:

According to Hernández, these are the expenses that the soccer player would not be in breach of and that would have motivated him to ban him from entering his residence.

It is expected that one of the two or their respective lawyers will rule on these differences of a personal nature that now transcend the professional, because if Atlético Nacional requires its player to make a trip or if it materializes the supposed interest of a Saudi Arabian club or of the Mexican League, would have restrictions to leave the country.

Everything was known: millionaire fee that cost Jarlan Barrera a scandal