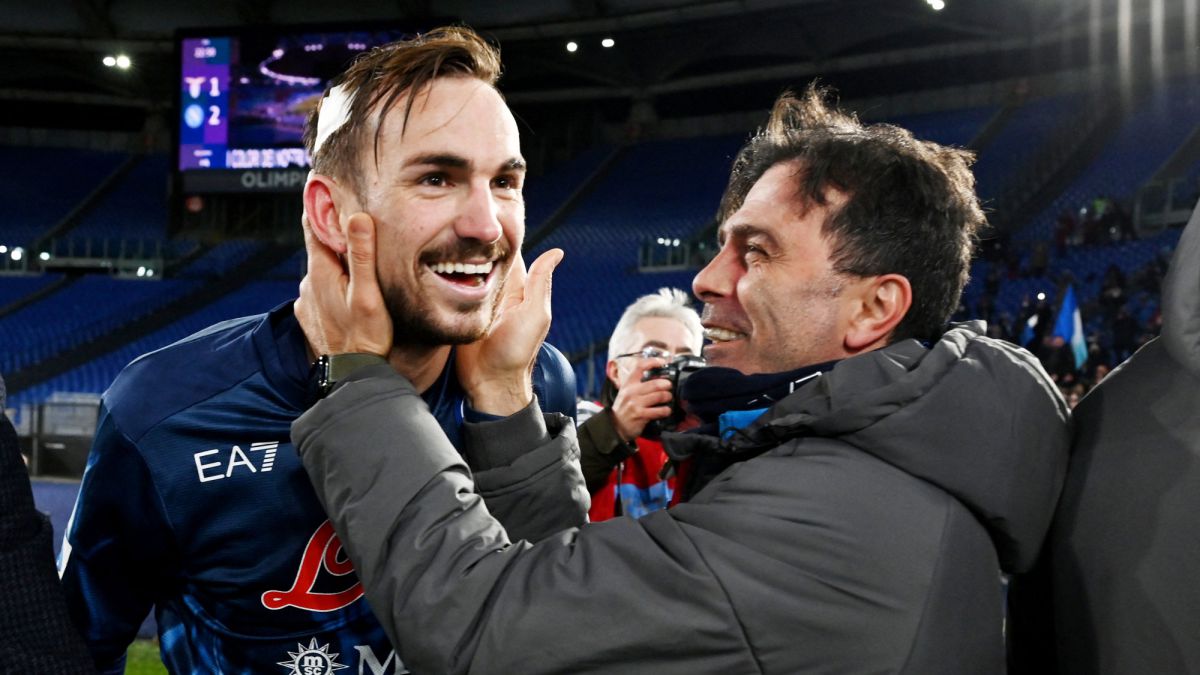 If Naples is experiencing one of the most exciting footballing weeks in recent years, it owes it above all to Fabián Ruiz (25 years old). The palatial man, in the last minute of the game against Lazio, pulled a spectacular thread from outside the area, which was worth the win and placed his team at the top of the table with the same points as Milan.

The Rossoneri, who will play a very hot Italian Cup derby today, will be their next rival on Sunday, in which the Maradona will once again fill up and dream of a scudetto that the southerners have not celebrated since 1990.

The exbético, with this great goal, confirmed once again that he is experiencing the best season of his career. He has six goals and four assists, he has been chosen by ‘Olocip’ as the best midfielder this season, he was in the top 11 of Opta for the first round of Calcio and his name will undoubtedly be the protagonist in the next transfer market .

Your contract expires in 2023 and the negotiation to renew it has been stalled for almost two years. It already seems very difficult for the Spaniard to extend his link with the partenopei, who, in this way, will be forced to sell to him from June.

De Laurentiis has already lost Insigne as a free agent and repeating with Fabián, whose market value is around 60 million euros, would be an unforgivable mistake. The Spanish, in his last interview with ASmade it clear that his goal is to return to play in LaLiga, whose greats have sought him out at various times.

To the barca he has liked it for years, Madrid had a proposal planned before the pandemic exploded and the Athletic He tried to convince the Azzurri in 2021. De Laurentiis, a very tough negotiator, asked for more than 60 million euros for his transfer, but it will be inevitable to lower the claims with a year to go so that the player can go free wherever he wants.

The midfielder, for his part, showed that money is not his priority right now. In Naples he earns less than two million net and Newcastle, in January, I would have tripled this salary.

Fabián, however, decided to stay under Vesuvius to finish a season that could be historic and aware that, if he continues to play like this, he will not be short of proposals. The top teams in Spain and England follow him: he has a very long summer ahead of him…