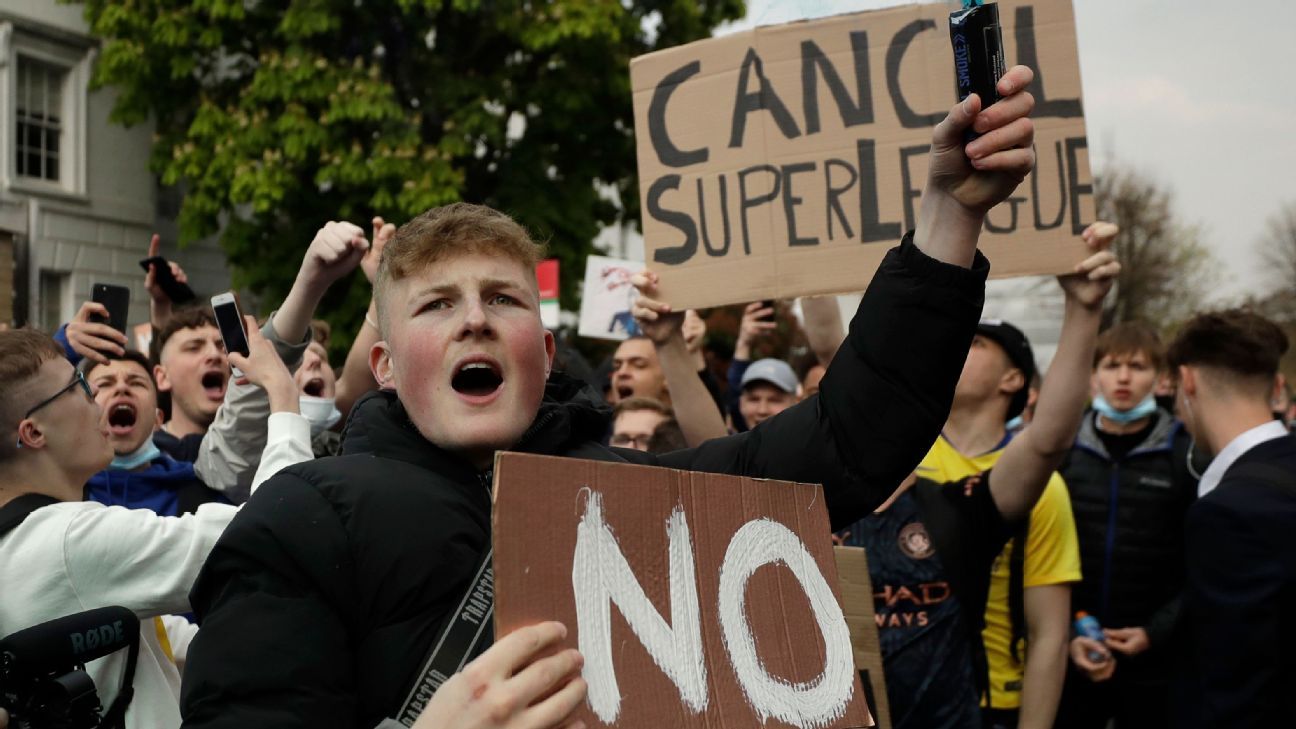 This agreement “marks the end of a regrettable and turbulent episode for European football,” they explain in the statement.

The Executive Council of the European Club Association (ECA) has approved the application of the nine teams that left the so-called ‘Super League’ to maintain their affiliation to this body, thus completing their reintegration.

According to a statement issued this Monday by the ECA, after receiving the requests in which the Council was asked to understand that its previous requests for resignation of April 2021 were withdrawn, it has been decided that the following clubs will maintain their ordinary affiliation to this group for the current cycle 2019-2023: Milan, Arsenal, Chelsea, Atlético de Madrid, Inter Milan, Liverpool, Manchester City, Manchester United and Tottenham.

“In its decision, and after an exhaustive process of reengagement by the clubs and reevaluation by the ECA over the past few months, the ECA Executive Council took into consideration the recognition by the clubs of that the so-called European Super League project (“ESL Project”) was not of interest to the footballing community in general and its publicly communicated decisions to completely abandon said ESL Project, “he says.

“The ECA Council also recognized the declared willingness of the clubs to actively participate with the ECA in its collective mission to develop European club football, in the open and transparent interest of all, not just a few,” it says in its statement. .

This agreement to reintegrate the nine clubs, he continues, “marks the end of a regrettable and turbulent episode for European football and aligns with the relentless focus of the ECA to strengthen unity in European football.”

“Through this period of unprecedented challenge, the ECA has firmly established itself as the only organization through which Europe’s leading clubs can promote and protect their interests in football, while developing the landscape of the competition. and they reinforce the centrality of the clubs in the governance of European football “, he points out.

Consultation here all the news and results of the UEFA Champions League.

The ECA, likewise, assures that “it can now proceed with renewed unity and solidarity to continue the important work necessary to stabilize and develop European club football, at a time when this is most necessary.”

Last May, UEFA already approved the reintegration measures for these nine clubs, initially included in the so-called ‘Super League’ that left the project and recognized that it was a mistake, and announced that it would refer the matter of the others to their competent bodies involved, Real Madrid, Barcelona and Juventus.

In April, Nasser Al-Khelaifi, president of Paris Saint-Germain (PSG), was elected as the new president of the ECA, replacing Andrea Agnelli, Juventus chief executive, who resigned after launching the European Super League project. .

At the beginning of July, the presidents of Barcelona, ​​Joan Laporta, Real Madrid, Florentino Pérez, and Juventus, Giovanni Agnelli, the three driving clubs of the Superliga, met in the Catalan capital to analyze the latest judicial resolution ordering the UEFA definitively archive the disciplinary file opened against these clubs, as well as to address the steps to follow in this new season.