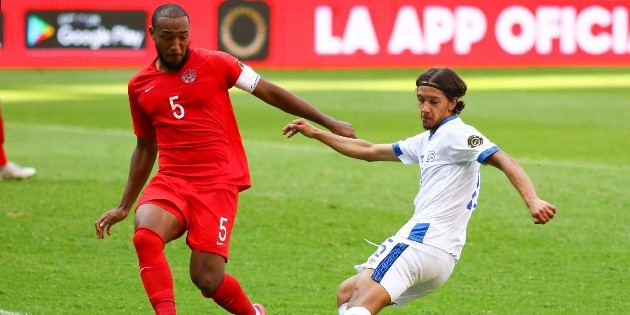 The first matches of Enrico Dueñas in the major of The Savior They were not the expected neither by him nor by the cuscatlecos. He arrived as the great jewel that the Selecta has, but he could not show much in the few minutes he had in the first two games. The footballer of FC Eindhoven He only started against Canada and did not make a foothold in the win received.

Incredibly on social networks he received several criticisms for the 3-0 away against Canada. Some Cuscatleco fans were disappointed by his level and were very tough on the 19-year-old. They even went so far as to assure that it was a lie and should not have been summoned by Hugo Pérez.

To answer them, Enrico Dueñas published the image of Memphis Depay touching his ears. That gesture was to silence the criticism that he had been receiving from the public in Barcelona. Clearly the Salvadoran forward was using him to respond to his haters, but after a few minutes he decided to delete it.

+ Dueñas’ message to his detractors

To try to calm the waters, Enrico then made another post with the phrase in English: “Dreams come true. Ready to give it my all for this shirt.” To this he accompanied him with a photo of his entry in the debut against the United States. There he played 31 minutes and rounded off a good match.