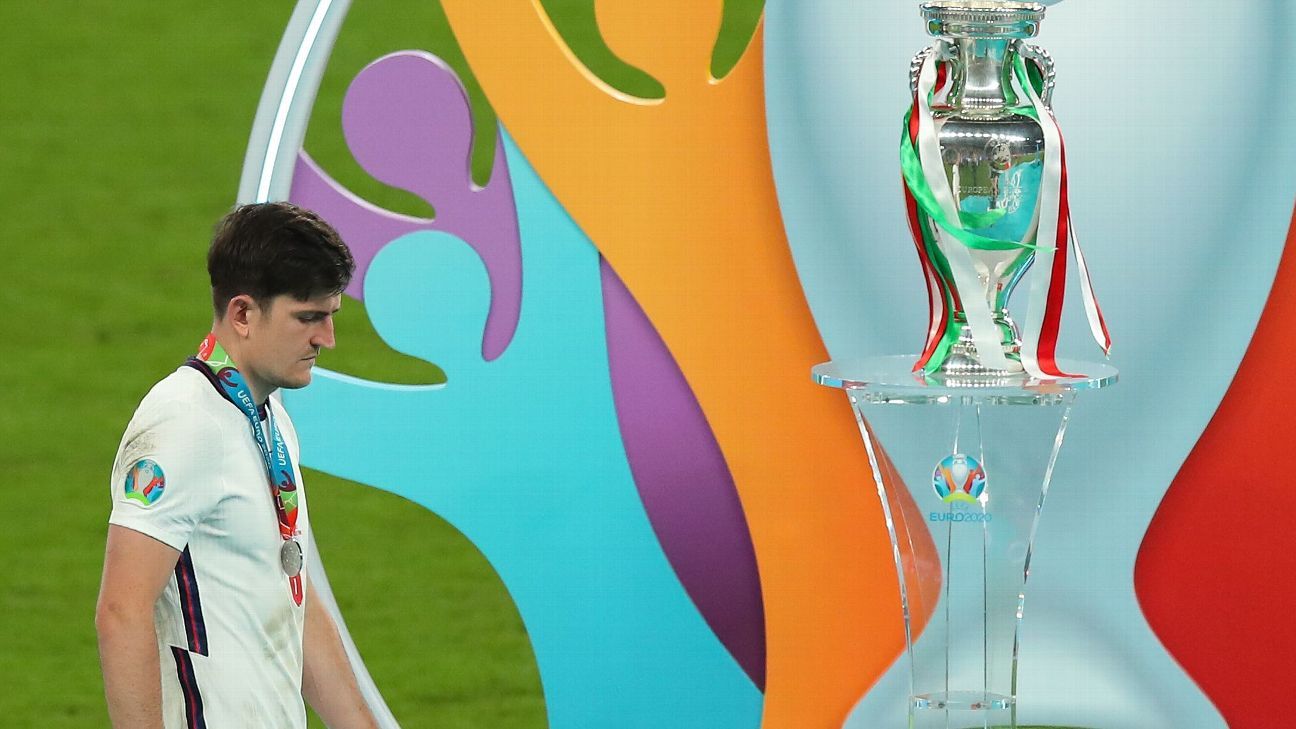 British police said 19 of their officers were injured, while 86 people, including 53 at the scene, were arrested.

The defender of England, Harry maguire, said his father was left with rib injuries and had trouble breathing after being trampled by fans during crowd disturbances at Wembley Stadium ahead of the Euro 2020 final against Italy.

The fans clashed with each other and security elements, breaking the laces and charging into the Wembley perimeter area before the start of Sunday’s game, which Italy won on a penalty shoot-out.

British police said 19 of their officers were injured, while 86 people, including 53 at the scene, were arrested.

The governing body of European football, the UEFA, opened disciplinary proceedings and indicted the Football Association of England for the riots.

“I think he was involved in a stampede and suffered a couple of rib injuries. I spoke to him, he said he was scared,” Maguire told The Sun.

“I don’t want anyone to experience that when watching football, especially in an important final.”

The Football Association said Monday it would conduct a full review of the security breach and condemned the behavior of fans who broke into the stadium.

Up to 5,000 fans are estimated to have gained access to the stadium without a match ticket. Sources told ESPN that ticket readers stopped working for a period and fans “kept on” their way, quickly following those with legitimate tickets, or entering through entrances designed for disabled fans.

In addition to Maguire, other families of players were affected. A group from Italy’s entourage, including the midfielder’s wife Jorginho, suffered mishaps with the mass, while the Sources told ESPN that family members of several England players were harassed by fans who made their way into the stadium.

The chairman of the sports affairs committee in the UK parliament has asked the head of the Football Association for an explanation of the chaotic scenes.

Deputy Julian Knight, chairman of the Parliament’s Committee on Sports, Media, Media and Digital Culture, has written to the executive director of the FA, Mark Bullingham, demanding an explanation.

“I am shocked and appalled at the violence that was seen at Wembley by Sunday’s final. These culturally significant events should inspire the next generation, not leave reports of terrified children,” Knight said.

“We have concerns about whether the preparations for the event were sufficient and we are requesting urgent responses from the FA. Given the situation, what planning had been done for people to ‘storm’ the stadium?

“We and the public deserve to know what went wrong and how the FA intends to keep people safer in the future.”

Information from ESPN’s James Olley was used in this report.