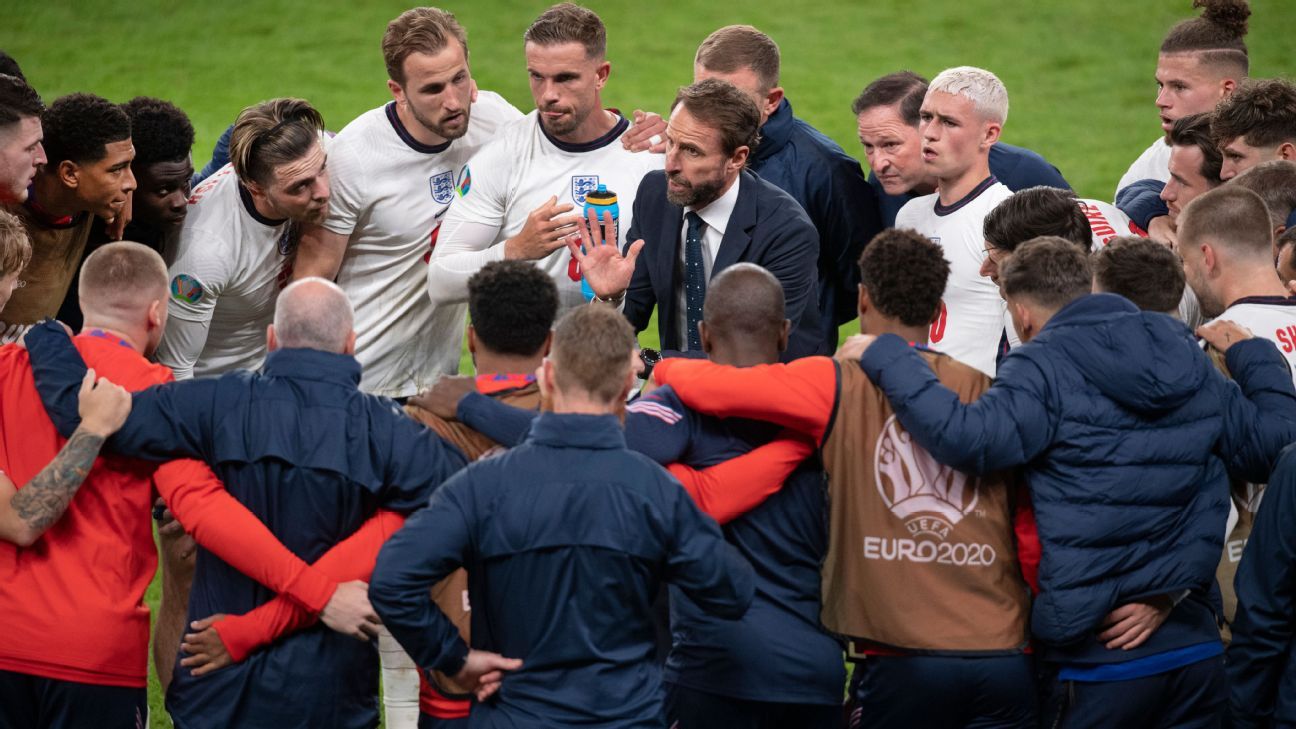 Although there are exceptions that are out of tune in a group that is practically neat and far from what England once was. Maybe that’s why now they are closer to winning the Eurocup than ever

There is no more room for Vinnie jones in the English national team. There are no longer any boys who take to the field to have a warm snack or celebrate their goals like Paul gascoigne, simulating the alcoholic ‘dentist’s chair’ technique. Gareth southgate has assembled a group of educated boys like him, with whom England has achieved what he had not achieved when playing with his ‘Bad Boys’.

The first great gesture of the 26 players of Southgate it has occurred before even playing the final. The footballers will donate their premiums to the British public health system, a contribution that can be around 10 million euros in the event of victory. And is that if this team is characterized by something, it is for having moved away from the rudeness and aggressiveness of the England of yesteryear.

One of the biggest exponents is Marcus rashford, the forward of the Manchester United, who has been fighting for years for the most disadvantaged children. RashfordRaised in a humble family, he managed to get the British Government to extend food aid to families who needed it during school holidays. He became the icon of the fight against child poverty, at just 23 years old.

His rival from Manchester City, Raheem Sterling, has also stood out as a promoter of social struggles and after receiving racist insults in the past on football fields, on social networks, and even in English tabloids, it was just a few weeks ago that Queen Elizabeth II decorated him with honors for his work in the search for equality.

Kalvin phillips, undisputed starter in the center of the field, is another of those who had a complicated childhood and his grandmother was one of the pillars on which he supported himself to get ahead. When they made it to the final, he appeared on the Wembley field wearing a T-shirt with the inscription “Granny Val” (Granny Val), remembering his grandmother, who died before the pandemic. “She was a great woman. She always listened to my games on the radio and called me five or six times later to see how I had played.”Phillips pointed out.

Then there are the fine players on the field, those who stand out for everything except their bad manners. It is the case of Mason Mount, Declan rice, John stones, Jadon sancho, Jude Bellingham Y Bukayo saka. Or the sober ones Luke shaw Y Jordan pickford.

Is also Jordan henderson, whom the queen decorated for his courage to lead footballers during the pandemic. The player of the Liverpool gathered the rest of the captains of the Premier repeatedly to encourage them to donate money to British toilets. In addition, he is an ambassador for the NHS (UK Public Health Service) foundation.

Even so, as in every family, there are exceptions. Harry maguire he was arrested on his last vacation in Greece, Kyle walker skipped lockdown to throw a party, just like Jack grealish, which had also been recorded hours before asking people to stay at home to end up colliding with their car at dawn and losing their driving license.

OR Phil Foden, who was expelled from the squad of England in the League of Nations after skipping the anticovid protocols with his partner Mason Greenwood sneaking two girls into the hotel.

Exceptions that are out of tune in a group practically neat and far from what England once was. Maybe that’s why now they are closer to winning the Eurocup never.