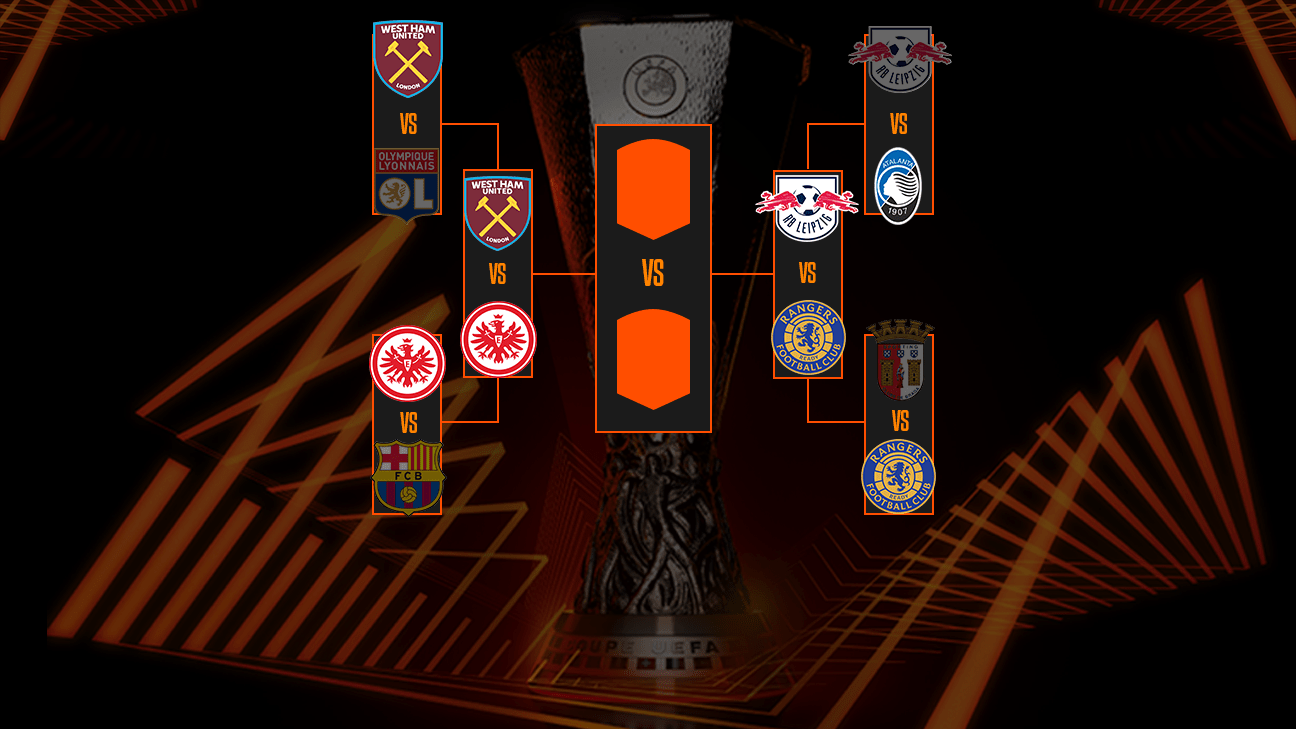 The duels of the semifinals of the Europe League 2021-22 with Eintracht Frankfurt facing West Ham and Rangers against Leipzig.

The European ghosts of Barcelona reappeared this Thursday also in the Europa League with a surprising defeat against Eintracht Frankfurt (2-3), which put an end to Barça’s dream of lifting the second European competition, ended fifteen games without defeat and blushed a Camp Nou full of German fans.

At the same time, West Ham reached the semifinals of that tournament for the first time today after subduing an impotent Olympique de Lyon victim of the fragility of their defense and their lack of aim (0-3).

Earlier, striker Christopher Nkunku scored a double against Atalanta (0-2) that served to take Leipzig to the semifinals of the Europa League in a game in which the Italians had the ball but the Germans the effectiveness and the necessary defensive solidity. Rangers ultimately edged out Braga 3-2 on aggregate.

The duels for the semifinals will be: First leg April 28 and return May 5.

When is the final played?

The match will be played on Wednesday, May 18. If the result is tied at the end of regulation time, extra time will be played with two 15-minute halves. If one of the two teams scores more goals than its rival in extra time, it will be the winner. If the score is still equal, the winner will come out of a penalty shootout.

Where will it be played in the end?

The Ramón Sánchez-Pizjuán Stadium in Seville will host the final. In use since 1958, the Seville stadium hosted matches at the 1982 FIFA World Cup and was also the venue for Steaua Bucharest’s triumph over Barcelona in the 1986 European Cup final. It has a capacity of more than 40,000. spectators.

Sevilla hold a very special place in UEFA Cup and UEFA Europa League history, having won the competition a record six times, twice in its UEFA Cup denomination and four more in the UEFA era. Europa League, the most recent in 2019/20.

What does the winner get?

The UEFA Europa League trophy is, at 15kg, the heaviest UEFA trophy. And to make it more interesting it has no handles.

The winning team is awarded 40 gold medals and the runner-up 40 silver medals. Additional medals are not produced.

The winners also earn a place in the 2022/23 UEFA Champions League group stage if they fail to qualify via their domestic league.

What is the home team?

The team designated as local was decided by a draw held for administrative purposes on March 18. Both finalists will be able to wear the colors of their first kit, but if there is a match, the club designated as the away team must wear an alternative kit.

Eitracht Frankfurt vs West Ham and Rangers vs Leipzig, the semifinals of the Europa League