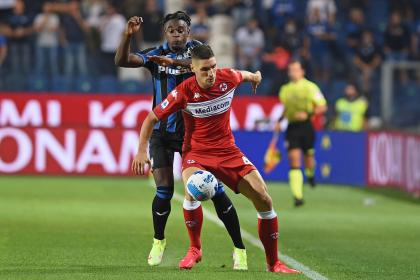 Defeat against Fiorentina by Atalanta, who counted on the court with Duván Zapata, who recovered from the physical discomfort that kept him from the first day and the call of Reinaldo Rueda of the Colombian National Team.

Duván Zapata started as the reference player in the area for Gasperini’s men, being the one used to face the goal and sought by the offensive vocation scheme. Atalante found the goal in Djimsiti, who caught a rebound left by the Colombian. However, a previous offside by the forward annulled the play of the goal, after the intervention of the VAR.

The dynamics of the match turned to the middle of the court, where Duván began to go out to look for the ball and play with his teammates, trying to open spaces. The VAR would be the protagonist again, after whistling a penalty for one hand, after a rebound that Sportiello left. Vlahovic was in charge of converting the shot into a goal.

The second half would start badly for Atalanta, as a foul on Bonaventura was sanctioned as a penalty, taken by Vlahovic, changing the stick to Sportiello and putting his team ahead for the second half, to the despair of those from Bergamo.

It was until 54 that Duván Zapata came into action, facing Terracciano’s goal, hand in hand, after a ball he received in a filtered pass, he defined under pressure from Odriorzola, but the goalkeeper came to save the ball, drowning the goal cry for the Colombian.

The insistence of Atalante ended in a penalty for Bergamo, where Duván Zapata took the ball and executed in a great way to discount on the scoreboard. The Colombian left the court at minute 81, then to seek and be one of the most incisive in the face of the rival goal. The discount was not enough, as Fiorentina took the three points from Bergamo.