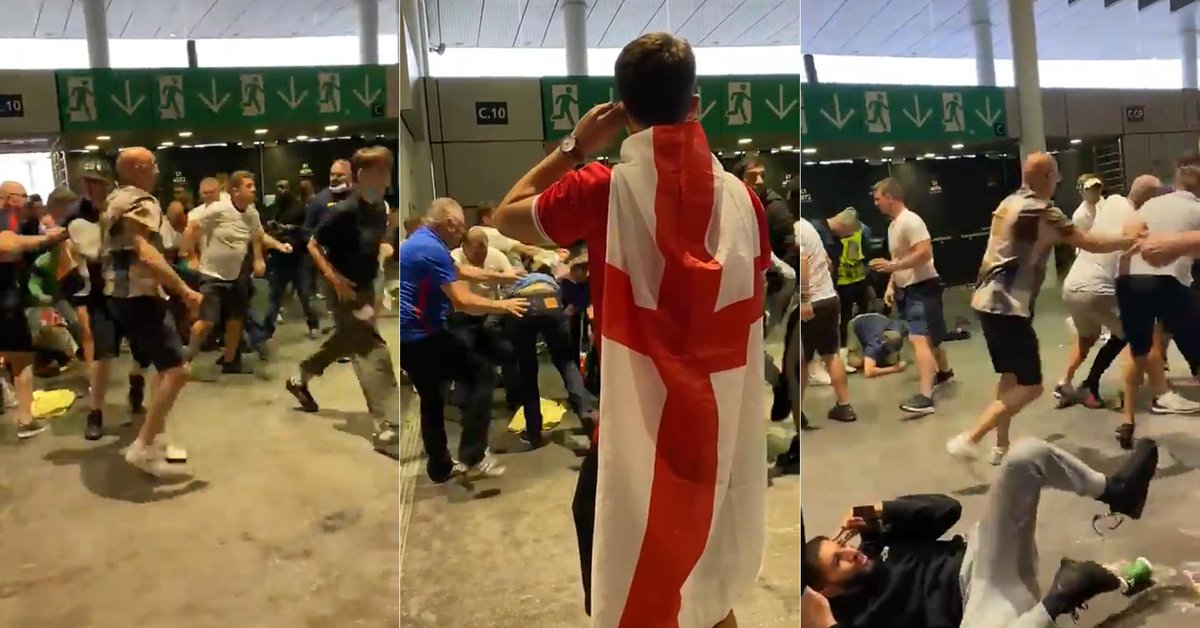 Incidents at Wembley with fans after the match

Sunday was a day more than forgettable for the English. The defeat against Italy in the final of the European Championship in the penalty shootout he took a back seat after all unpleasant events that starred the most radical sector of fans who went to Wembley Stadium.

In the previous one to the great party, the British had already given the note generating total chaos around and outside the stadium to the point that a large group of people without tickets broke the police fence to aggressively sneak around the property.

The violence of the British fans did not stop there. During the meeting they could hear lots of racist chants for the players of the rival team and even for their own, (such as Saka and Sancho) especially after the frustrated round from the twelve steps.

Once the final was over, they returned to star in another outrageous and brutal scene that was captured by fans on the way out.

According to reports from the English authorities, there were about 50 arrested and 19 police officers injured (Reuters)

The total balance were 19 police officers injured and at least 50 people arrested, as reported by the English authorities after the consecration of Italy. In the images you could see the moment in which a group of hooligans unleashed his anger on the Italian fans ambushing them when they began to leave the stadium after the award ceremony.

The video quickly spread through social networks generating a mass repudiation against that group of violent people who mercilessly attacked the followers azurros. “Disgusting and shameful English fans and that too in their own land,” wrote an outraged British user. “We were told that the UK did a great job against the hooligans, that other countries should learn from them. This is Wembley last night. Congratulations”, commented another ironically next to the images of the aberrant episode.

As if that were not enough, the evil losing of the English fans could also be seen on the field. While some made racist chants mainly dedicated to those who missed the penalty shootout (Rashford, Saka and Sancho), most of them left Wembley before the trophy ceremony. Of the 66 thousand spectators who attended the mythical London Coliseum, only 6 thousand Italians remained.

On Twitter, London police asked fans not to go to Wembley in case of no tickets, as the area is “extremely busy.” But this did not happen. Many fans without tickets came to the gates of the stadium and managed to break through the police siege.

Gianluigi Donnarumma, the hero of Italy and the Eurocup MVP who today has no club: the peculiarity of his “spiked” gloves
With memes and memories of Maradona, the Argentines mocked England’s defeat against Italy
This was the penalty shootout that crowned Italy against England in the European Championship
“Euroamérica”, the Cup that can face Argentina with Italy in the year of the World Cup