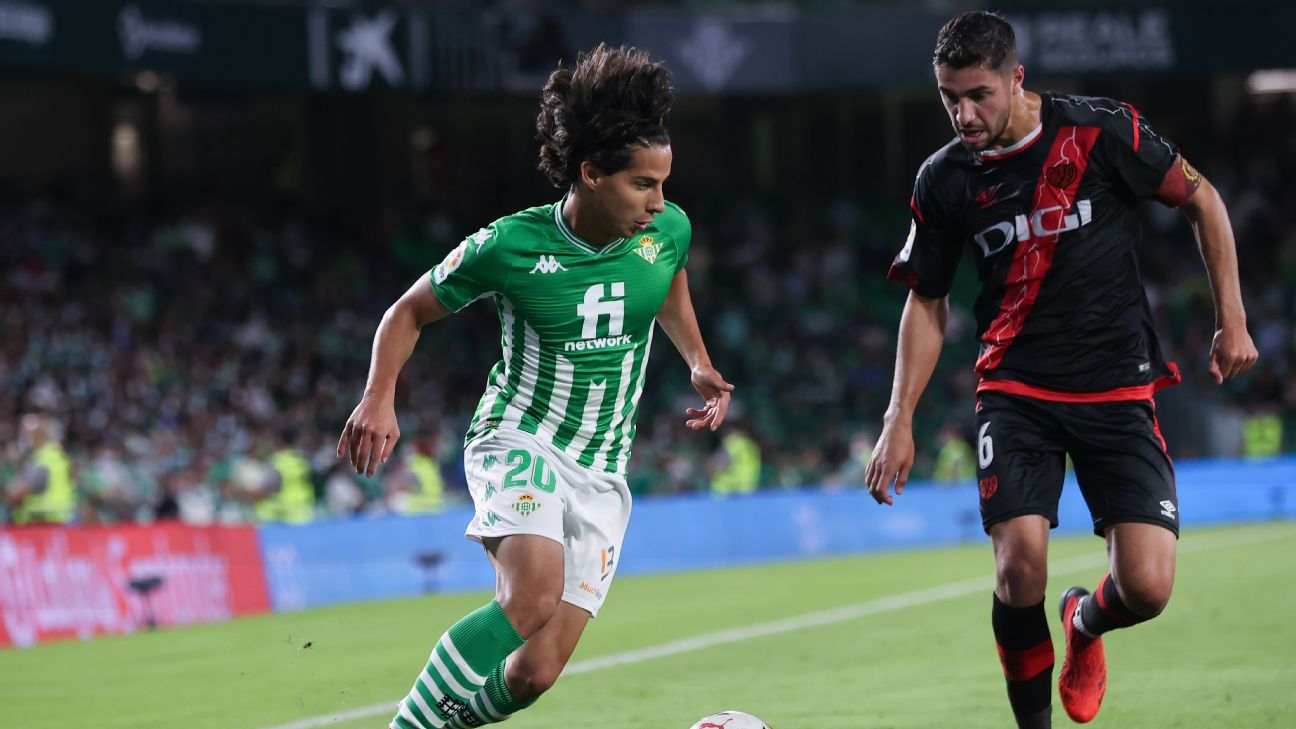 The need for Vallecano Ray reinforcing the winger position after Martín Merquelanz’s serious injury is a priority and one of the footballers who are in the portfolio as a possible reinforcement in this winter market is the mexican Diego Lainez, as reported to EFE club supplies.

Lainez, who has barely played nine games this season with the Real Betis distributed in 326 minutes, is one of the names that the Lightning to reinforce the winger, although from the club they point out that “he is not the only one and there are also other players who are of interest” since they always work with a list that “sometimes can reach ten names per position”.

The Mexican soccer player, who is currently concentrated with the Mexican National Team to play several qualifying matches for the 2022 Qatar World Cup, is in his fourth season at the Betis, club where he arrived in January 2019 from America.

Strengthening the winger position is a priority for the coach of the Lightning, Andoni Iraola, a position for which he lost Martín Merquelanz at the end of September 2021 due to a serious injury.

“At the moment in which we lose Martín Merquelanz we have the lack of a player that we believe was going to give us a lot. Now it is the position that I think we have to strengthen, I have transmitted it to the club and they will be the ones who have to take the decisions”, said Iraola in the preview of the last game against Athletic Bilbao.

Diego Lainez is an option to reinforce Rayo Vallecano