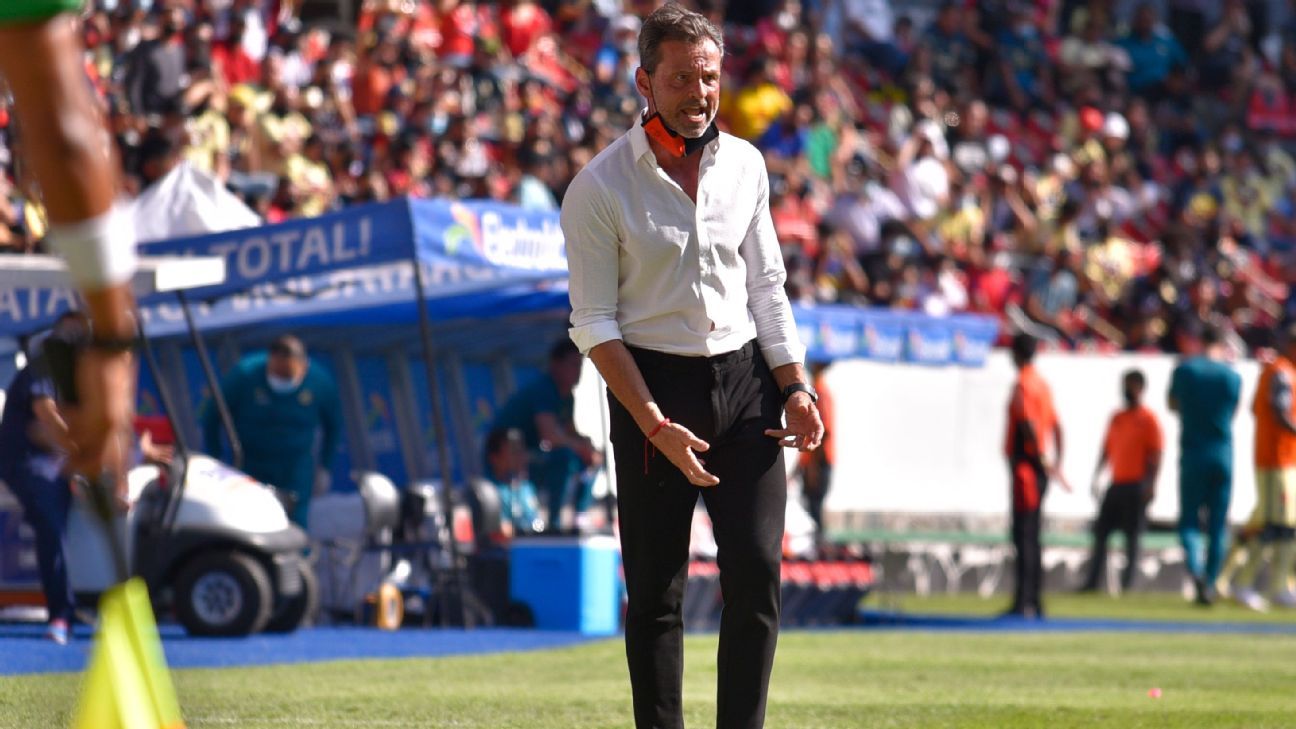 Diego Cocca, technical director of Atlas, crossed out as defensive the position shown by the America this afternoon on the field of the Jalisco Stadium. The strategist assured that the Eagles played on the backlash, while he asks the red and black fans for patience, as he considers that his team is in a process in which it must improve in force.

“Here the America He came to defend himself, he played with a line of five, because Lainez was in the back, he played backlash and well, when we impose our conditions we are exposed to the fact that the rival can score a counter and score a goal. Today the America He came twice, scored a goal and won the match. We are not going to change our way of playing, we are not going to change our way of thinking, we are going to continue working to be more effective because surely if we had been more effective we would have won it with a lot of justice “, declared the Argentine in a press conference after the fall against him America.

“We play against him America, which I think had two goal situations and beat us 1-0, because we cannot count the penalty as a goal situation. The goal was at minute 77, until minute 77 he had not reached the goal, he had not kicked the goal, we are talking about the America, the biggest team in Mexican soccer and we in the first 20 minutes had three goal options and adding up we had like six. This is a process, we have to continue working to improve the definition, to improve the finishing touch, to improve decision-making and we are in that process ”.

Cocca regretted that even though they were better than him America They could not give the victory to their fans, to which they ask for patience to be able to consecrate the process in which there are currently many young players.

“Every time we play at home we want to win, we want people to feel identified, but this is a process. I am going to ask people to be patient and to understand what I am saying regarding the assessment of what the team did on the pitch, we played against him America and the America he made the first play on goal at minute 74, which was the first play he made. That speaks of a team that not only defends itself well, it also played in the opponent’s field, that handled the ball, that had more goal options than the rival.