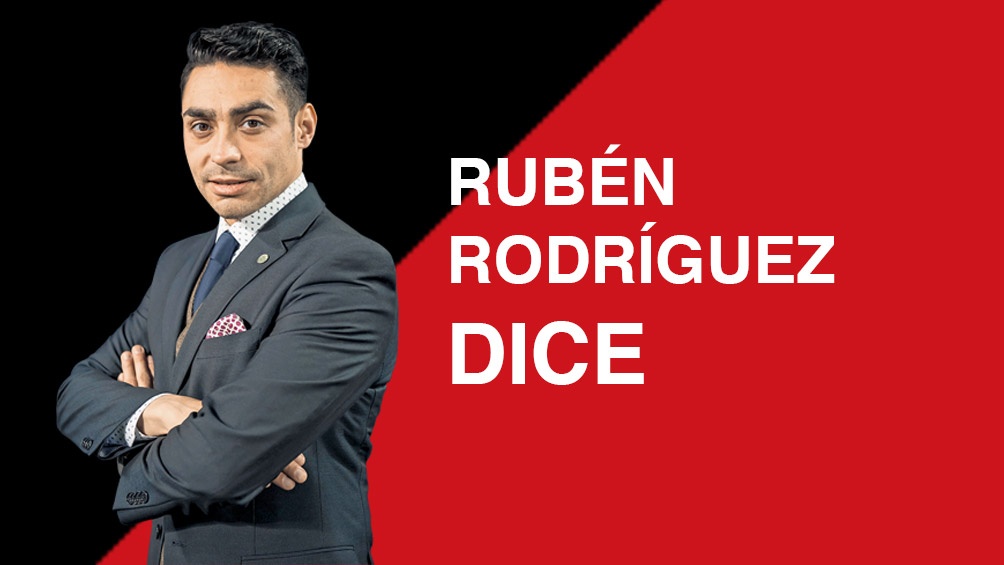 Carlos Salcedo may have worn the shirt for the last time in the Gerardo Martino era. Mexican team. The defense of Tigers is being scrutinized for some behaviors off the pitch that have to do directly with the coaching staff of Martino, friction and complaints with a technical assistant (Jorge Theiler), since from his point of view he was exhibited as he was not ready for the warm-up, even with the equipment, so the open and angry complaint came, which increased the annoyance of the central for not being taken into account from the beginning of the game.

This situation has not pleased Martino or the National Team Management itself, so far from his performance on the court, which has not been the best in his last calls, the Tigres player is in doubt about his behavior and discipline at that time, so it is very possible for him to join the list of Javier Hernández, Marco Fabián and others, who because of their behavior and attitude are not called to the National Team.

Although it is true that not all the coaching staff is the best seen by the players, where some or most players prefer different modes and forms, the reality is that most have no complaints, and if there are, it is about other members and not on the aforementioned, with whom Carlos Salcedo (Jorge Theiler) had the friction.

The following list will come out in 20 days for the first date of the World Cup qualifying round and there you can clear doubts, but the environment of the Mexican team contemplates the non-called of Salcedo and others, who due to the level shown in the Gold, their place will be occupied by some who participated in the Olympics, so that little by little the generational change is expected that the coaching staff was taking from less to more and that today due to the demand for results and level of the team shown in the tournament in the area it has to be done so as not to put the Octagonal in trouble and take advantage of these visits so that young people have experience in this type of competition and know what the qualifying rounds are about, which Martino himself has stated as hard and complicated, unlike the last World Cup processes.

9 MEDALISTS IN A MAJOR

In this vein and after the results of the Mexican teams that competed in the Gold and in Tokyo, Martino is determined and will begin in a more repetitive way to make the much mentioned and demanded generational change that the Mexican National Team itself requests. For now, on the September list and if their physical condition allows them, it could be seen back to Guardado, Moreno and Lozano, who were so lacking in the Gold, but in the same way it will give its way to Ochoa, Romo and Martín in the major, after showing off in the Olympic Games, the same as Vega, Córdova, Lainez, Vásquez, Rodríguez and Sánchez, who were with the minor and that for the Mexican coach it is time to give them more weight and minutes with the major . These players, who with their performances have shone with the tricolor flat, will be the most constant faces as minors in the Octagonal and in the friendly games of the senior team.

Of course, he wants to see César Montes, Esquivel, Loroña and Ángulo gradually, although it is not unreasonable that these players appear on a list, who have also earned their call and minutes in the major.

General annoyance over the calendar and the overlapping of dates, matches and tournaments.

The teams that are participating in tournaments with the United States teams have expressed internally to their coaches and they to their managers their dissatisfaction for the weeks that are so tight, where many players have not had rest or vacations, and as a precedent the calendar of FIFA Dates that come at the elimination level of national teams, so the players have demanded to be treated as human beings and not as machines. For this reason, some or most of the teams will be traveling and participating with alternate teams, as they are games and competitions that do not generate anything sportingly and economically absolutely less, they even argue that they lose and invest more than they win.

Now, they hope that the Liga MX that wants so much competitions in the United States of Mexican teams, will listen to them and value them as human beings and stop seeing signs of weight on the legs and numbers of their soccer players.

YOU MAY ALSO BE INTERESTED: CARLOS SALCEDO RESCUED THE TIE FOR TIGRES ANTE SANTOS.