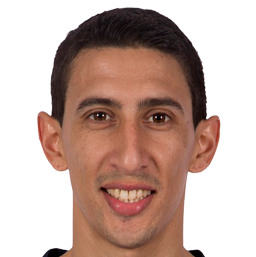 Until now a PSG player, Angel Di Mariais already a new member of the juventus, This is how the Italian media reports the Gazzetta Dello Sport. The Argentine player ended his contract this year and everything pointed to the fact that he was not going to renew with PSG. In recent weeks it had been rumored with his possible arrival at Barcelona, ​​that he was fighting along with the Italian club to get his services. Finally, it has been the Italian club who is going to do with the ‘Fideo’.

In this way he closes his stage in the PSG after seven seasons in which he has achieved 18 titles. Five Ligue 1, four French Cups, five French League Super Cups, and four French League Cups. A stage that ends with the only but, if you have not conquered the Champions(which he already won with the Real Madrid in 2014).

On the other hand, Juventus has signed him at a great moment in his career, especially with the Argentine team. In less than a year he has won the Copa America and the Finalissima, against Brazil and Italy respectively. A key piece for Lionel Scaloni, who is not at all a mirror of his last season in the French team.

With his arrival at the Italian team, Di María would have played in five of the major European leagues. First in Portugal with the benficaafter his successful time in Spain with the real Madrid. Later his year in England with the Man Utdand lastly, his stay in France with the PSG.

Without a doubt, he is an important reinforcement for the team led by Massimiliano Allegri. Since the Argentine can contribute that lack of goal and ideas in attack that the Italian team has missed so much this year. The player has 34 yearsbut will continue to play at least until the 36. And it is that his idea is to finish his career in the team of his hometown, the Rosario Central Athletic Club. There he could coincide with his Argentine compatriot, Carlos Tevezcurrent coach of the Rosario team.

Di Maria is already from Juve