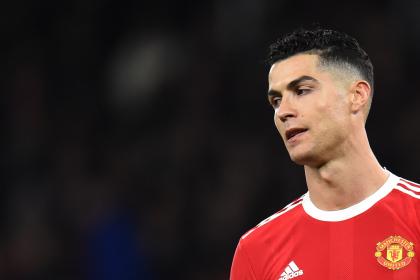 Without a doubt, the early elimination of Manchester United from the UEFA Champions League, and the great difference that their staunch rivals, Manchester City and Liverpool at the top of the Premier League, in addition to their exit from the FA Cup in the hands of of Middlesbrough on penalties in the fourth round and in the third round his dismissal from the Carabao Cup in the series against West Ham United have confirmed a debacle in a historic British club, far from its golden days of years ago. This has complicated the bonuses of the institution’s players, and one of them, Cristiano Ronaldo.

The bad season, in which it will be the fifth in a row without raising a trophy, has hit the Manchester United players very hard. One of them, Cristiano Ronaldo, who will stop earning more than six million euros in bonuses. That extra money will vanish by not being able to win a title in the red devils that have already been deprived of each competition, well, they see a long way to get the league title due to the difference in units.

Without a doubt, the hardest thing for the English side was the early elimination from the Uefa Champions League at the hands of Atlético de Madrid. A weak presentation of Manchester United truncating the economic prizes that could have been obtained by qualifying for the quarterfinals, and the three million they give to access the final of the competition.

Winning the league title would come to give him a sum close to two million euros. A season to be forgotten at Manchester United and for Cristiano Ronaldo himself who is already thinking about his possible departure due to poor results with the team he loves in England. Not having qualified for the next rounds of the Champions League, nor passing the third and fourth rounds of the Carabao Cup and FA Cup respectively, have classified this season as a failure.

However, the bad news does not end there. Manchester United is in sixth place with 50 units, four behind Arsenal installed in the Uefa Champions League. It would be devastating for the Portuguese not to be able to seal his participation in the next Champions League.

With a complicated scenario to get the Premier League, the only bonus that could come from the club, is to be the top scorer in the English League. Although he is a bit far behind Mohammed Salah who leads the scoring charts with 20 goals, he can still get close to that number. The Portuguese has scored 12 goals in 24 games played.