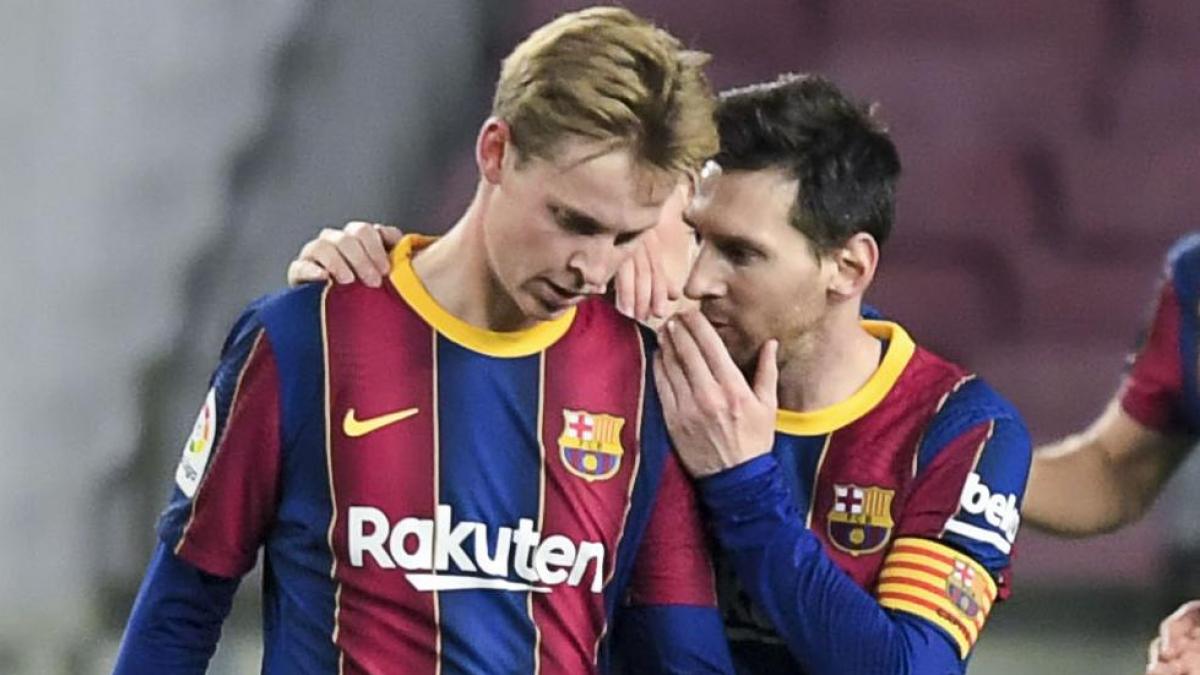 In addition to talking about his future, in the interview published this Saturday by the newspaper ‘The Guardian’ Frankie de Jong also reveals how he found out about the departure of Leo Messii, who admits that it was “a hard blow for everyone”. “First of all, I thought it wasn’t true,” he says. DeJong about the moment that last August he heard that the Argentine was leaving the club. “I was picking up my dad and brother from the airport. Then I got a message: ‘Messi leaves the Barcelona‘. A little later we got hints that it was really happening. At first you can’t believe it, even though there were rumors all summer. But I never took it seriously, so when it happened it was a shock,” he acknowledges.

For DeJongwith the march of Messi not only was the best player on the team leaving, but it also exposed the difficult financial situation of the Barcelona. “He was the face of the club, so when he left, after everything he has done for the club, it was a huge blow for everyone,” he says. DeJong. “We still miss him. If someone like him is no longer in the club, then things are suddenly very different, ”she detailed. “If you have a player like that in your team, you just try to find him as much as possible on the pitch, so the game fits around him, which is logical,” he says. “Then when he leaves, you have to adapt as player and team”, a process that the team is still undertaking now.

For Frankie there is no doubt that Leo Messi is the best. “I think he is the best in almost every aspect of football. Whether we did finishing drills, positioning plays or other training games: he was the best. No praise for him is exaggerated. For me he is the best of all.” , stands out.

An anecdote with Sergio Busquets

On the other hand, far from seeing in Sergio Busquets a rival player with whom to compete for the same position, Frankie sees in Badía a great companion. The Dutch explains an anecdote of when the signing of him by the Barca in January 2019, despite the fact that it would not arrive until the following summer. The now first Barça captain sent him a welcome message and invited him to contact him in case he needed anything. “He told me: ‘Great, you come and if you need anything, I will always be there to help you,'” he recalls. DeJongwhich also explains that “when I got to Barcelona recommended a restaurant and made a reservation for me and my girlfriend, Mikky. He had also informed the owner that we were going to come, so that everything would be well arranged for us, ”he details.

De Jong reveals how he found out about Messi’s departure