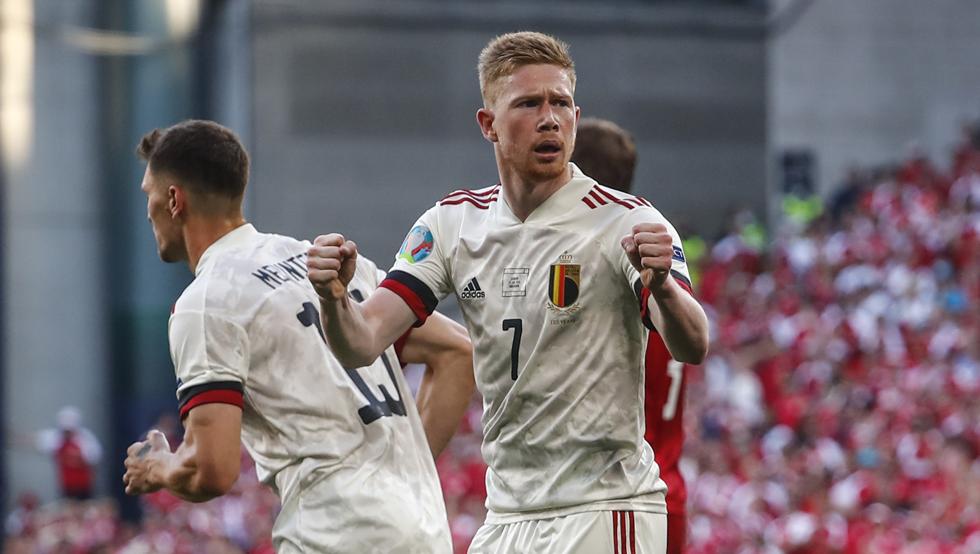 Belgian midfielder Kevin de Bruyne, who in his first 45 minutes of the European Championship became the catalyst for Belgium’s comeback over Denmark (1-2), likes that his name sounds like a candidate for the Ballon d’Or, but affirms that it is beyond his control and he can only dedicate himself to playing football well.

“I have no control over it. I try to be the best player that I can. Then, I am very lucky not to have to choose, there are very good players. I am proud that people consider me one of the possible winners of the Ballon d’Or. It means that I am among the best players in the world and that is what I have worked for all my life, “De Bruyne said at a press conference this Saturday.

The Manchester City captain, who gave a brilliant assist in the 1-1 against Denmark before scoring the 1-2 victory, has been voted best player of the season in the “Premier” and was a finalist in the League of Champions.

De Bruyne smiled when asked this Saturday at the Belgian rally in Tubize, outside Brussels, how he can think so fast, and he responded as best he could.

“I don’t know, I have no idea. In training I try to recognize situations as quickly as possible. The better you know where your teammates and opponents are, the more options you have, ”he said.

Regarding his performance against the Danes, De Bruyne, 29, explained that he was limited to fulfilling his mission.

“I did my job,” said the Manchester City midfielder, who explained that he set out to “give the team confidence and good ball circulation and the team responded.”

“I have never doubted my quality or that of my team. I know the rivals are good ”but“ the most important thing is us. If we play well, if we do our job, we have options to win, “he added.

The seven from Belgium indicated that the objective of the team led by Roberto Martínez is to go as far as they can, with the idea of ​​winning the European Championship.

“As far as we can. It is difficult to say. It depends on who we are up against. The goal is to win, ”said De Bruyne, who stressed that“ a tournament is decided in moments. We know that as players. Everything has to be perfect ”.

Many favorites, Italy the best

Asked which teams he sees as favorites to win the tournament, De Bruyne said the “big teams” all have options.

“There are at least eight teams that can win this championship. It’s not going to be easy, ”said the City player, adding that“ if I had to choose one, Italy has been the most impressive for now ”, after winning with solvency against Turkey (0-3) and against Switzerland (3- 0).

For Belgium, qualified for the round of 16, a draw against Finland on Monday in Saint Petersburg is enough to be first in Group B.

As Roberto Martínez advanced, De Bruyne will be in the starting eleven, as will Belgium captain Eden Hazard, who arrives after two years plagued with injuries and in this European Championship, for now he has only played a few minutes at the end of the second half to catch a rhythm.

With Hazard on the pitch, playing slightly ahead of De Bruyne, City’s man said he will likely delay his position somewhat from the “false nine” role he played in the win against Denmark.

“It depends on the rival. I would play a little further back, it would be logical (…). It all depends on what the coach sees at the time but yes, I definitely see it as a possibility, “he concluded.