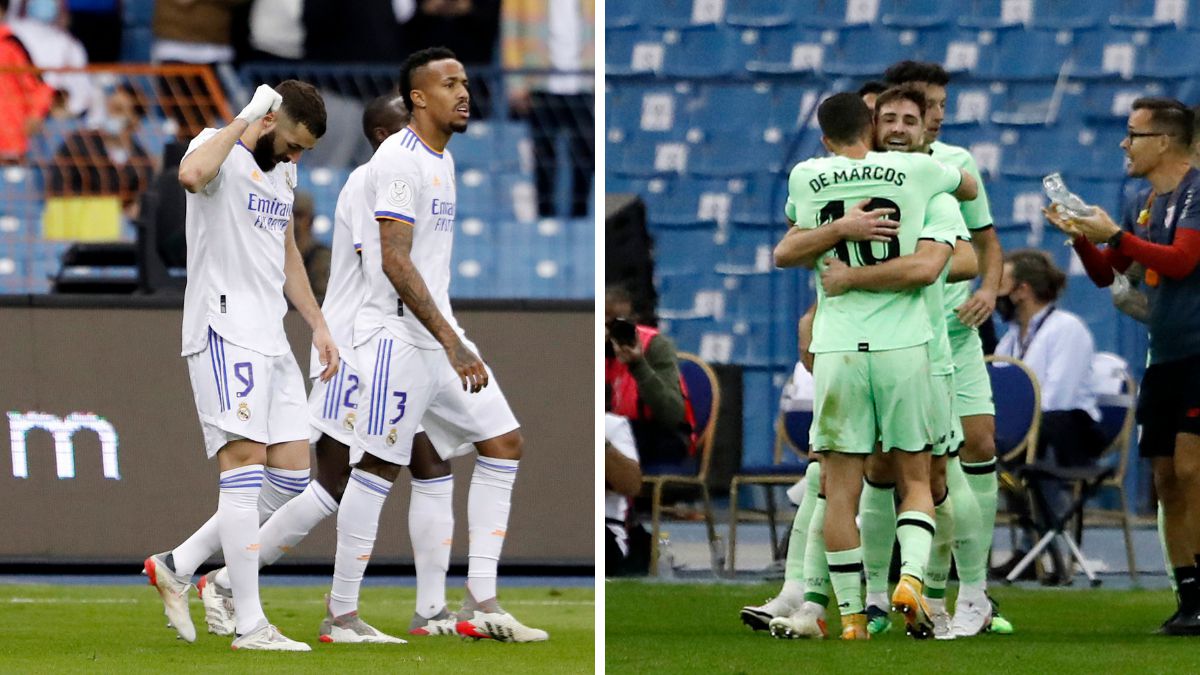 Again, a final without champions. Neither the League champion nor the Cup champion have managed to reach the decisive match for the title in the three editions of the Spanish Super Cup that have been played with the new format. the curse continues. On Sunday, the current League (Real Madrid) and Cup (Athletic) runners-up will compete for the trophy, in an unprecedented final but which will repeat the first semifinal of last season, in which the lions beat the Madridistas in Malaga.

The first Super Cup with the new format with four participating teams was won by Real Madrid in 2020. The Whites participated as third-placed in the League, since Barça had left a vacancy having been the regular tournament champion and Cup runner-up the previous season. Madrid defeated Valencia in the semi-finals, winner of the KO tournament and in the final they gave an account in the penalty shootout from Atlético, who went to Jeddah as League runner-up.

Something similar happened last year, although Athletic and Real Sociedad attended the tournament (held in Andalusia) without having decided who was the Cup champion of the previous season. The lions, ultimately runners-up in the postponed final, eliminated Madrid, league champion. And Barcelona, ​​runner-up in the League, brought down Real, who three months later would win the cup title pending. In the final, played at La Cartuja, Athletic won the Super Cup.

Condition of the champions of the Spanish Super Cup

one In the 1983-84 and 1988-89 seasons, the title was automatically assigned to Athletic and Real Madrid, respectively, having won the League and Cup the previous season. In later editions, if a team won the double, the Cup runner-up participated in the tournament.

This year, again in Saudi Arabia, now in Riyadh, history repeats itself. The Cup champion (Barcelona) and the League champion (Atlético) have fallen in the semifinals at the hands of the runners-up. Real Madrid and Athletic will face each other for the third time in 47 days. Another Clásico of Spanish football (it will be the 239th match between the two) between two teams that will play a final that has never been seen since the creation of the tournament in the 1982-83 season. And yet, it will be, at the same time, the first duel to be repeated in the new format of the competition. On Sunday, rematch or revalidation of the title.

For the Cup champions, the curse is even longer. The last team that won the Super Cup as the winner of the KO tournament without being League champion at the same time was Sevilla in the 2006-2007 season, when they beat Real Madrid. Since then, Barcelona have won three Super Cups, being the current League and Cup champions, but the other ten teams that won the Cup and not the League were unable to lift the Super Cup.

Curse of the Champions