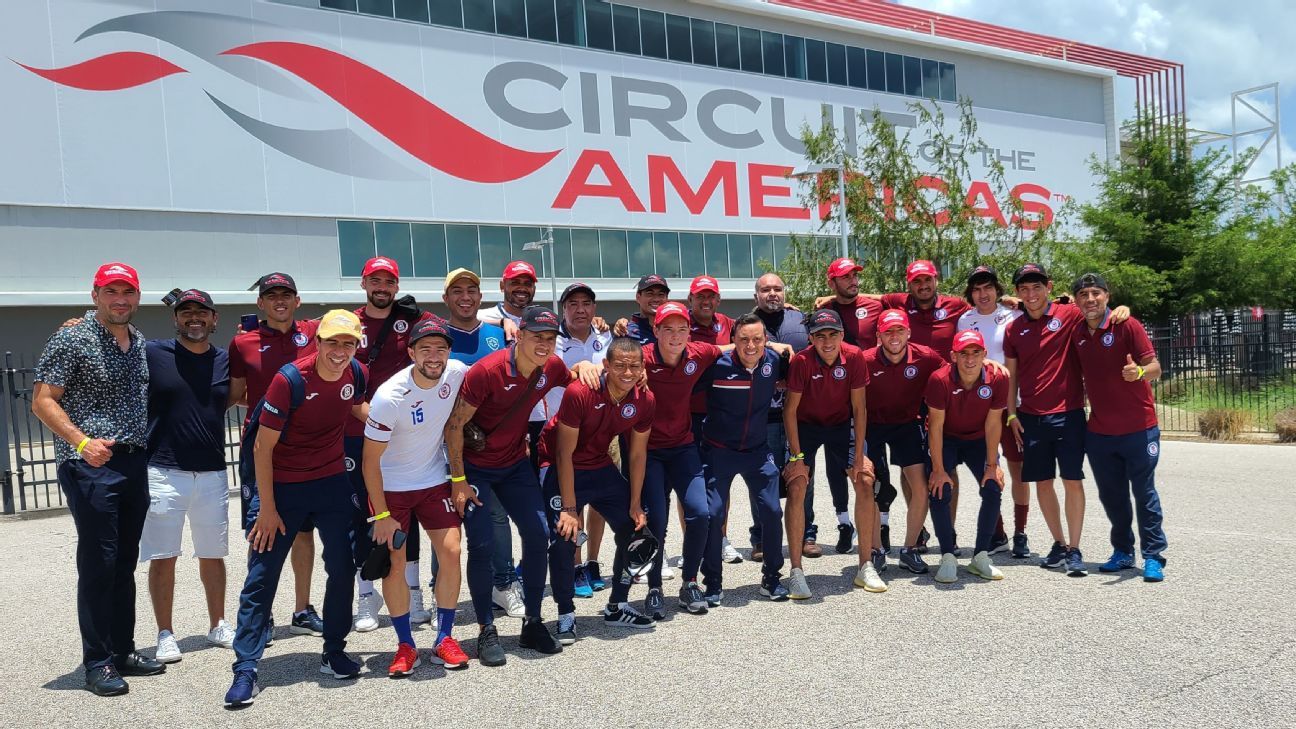 The Cruz Azul players exchanged the ball for the cars and got to know the Formula 1 Circuit that the board of directors and coaching staff offered as a prize for the Liga MX title.

MEXICO.- The first team of Blue Cross had a recreational and novel experience this Saturday, by going to the Circuit of The Americas in Austin, Texas, and enjoy speeding laps in the company of professional race car drivers.

The activity was scheduled by the board of directors and the coaching staff as a kind of prize for the celestial team after obtaining the title in the GUARD1ANES 2021 Tournament.

Sources told ESPN that not all the players of La Maquina got on the BMW M6 and M5 Competition cars, but among those who did make the decision to do so were the technician Juan Reynoso, the captain Jesús Corona, the goalkeeper Andrés Gudiño, the defenders Julio Domínguez , Joaquín Martínez and the steering wheel Ignacio Rivero, among others.

With a professional driver at the wheel and only one player per car in the passenger seat, wearing safety helmets, the cars reached speeds of over 230 kilometers per hour on one of the most iconic tracks in the United States, since in the Circuit of the Americas he runs Formula 1 United States Grand Prix from 2012 to date.

For the whole team, including the players who did not get into the competition cars, there was a tour of the track and a class on how to operate a race of Formula 1, after which the club thanked the organizers on their social networks.

The cement group will face tonight the Austin Bold FC in his third preseason game heading to Apertura 2021, in a preseason in which he does not have his selected, the Mexicans Orbelín Pineda, Luis Romo, Roberto Alvarado, Sebastián Jurado, Yoshimar Yotún and Jonathan Rodríguez, as well as Adrián Aldrete, who remains in rehabilitation at La Noria after undergoing surgery on his left ankle a few days after the league title.

Thanks for all your attentions, @COTA. 🏎

The experience was incredible! 💙 pic.twitter.com/GuGFoi57s9