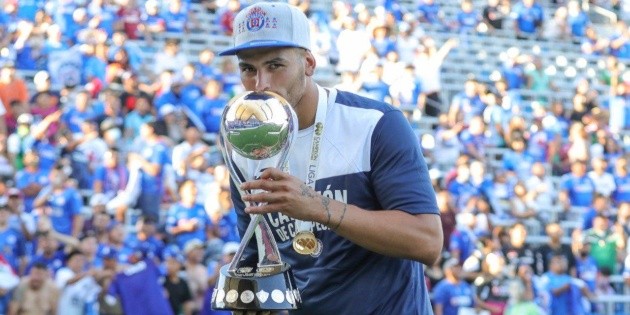 The pass market heats up in Blue Cross. If a few hours ago an interest from Spain was confirmed for the services of Luis Romo, from Chile they have echoed the words of the representative of Lucas passerini which confirmed an approach with Colo Colo for the sale of the Argentine forward.

“It is a big club and it interests us”said the soccer player’s agent to a media outlet in that country. However, it has been the University of Chile, staunch rival of the Cacique, who have presented an offer to the cement producers to take the South American striker in this same pass market.

According to information from the journalist César Luis Merlo, those of the U are in search of a center forward after the departure of Angelo Henríquez, so they have accelerated in the last hours by Passerini. “The university staff offers a loan until December of this year with a purchase option, a contract that contemplates a possible extension for all of 2022.”, part of the Merlo information is read.

Passerini, from past in Chilean football in the ranks of Palestinian, is speeding up the procedures to obtain nationality in that country, a situation that would work in their favor to sign for any of the interested parties by not occupying a foreigner quota. Nevertheless, Cruz Azul’s offices have not yet responded to the proposed offer.

A few weeks ago it was leaked in some media that Juan Reynoso I would like to have Lucas for this Opening 2021. According to what has been published, the Peruvian coach promised Passerini more minutes for this semester, claiming that the celestial will defend the title in the MX League and they also have participation in Concachampions, so it requires a large staff.