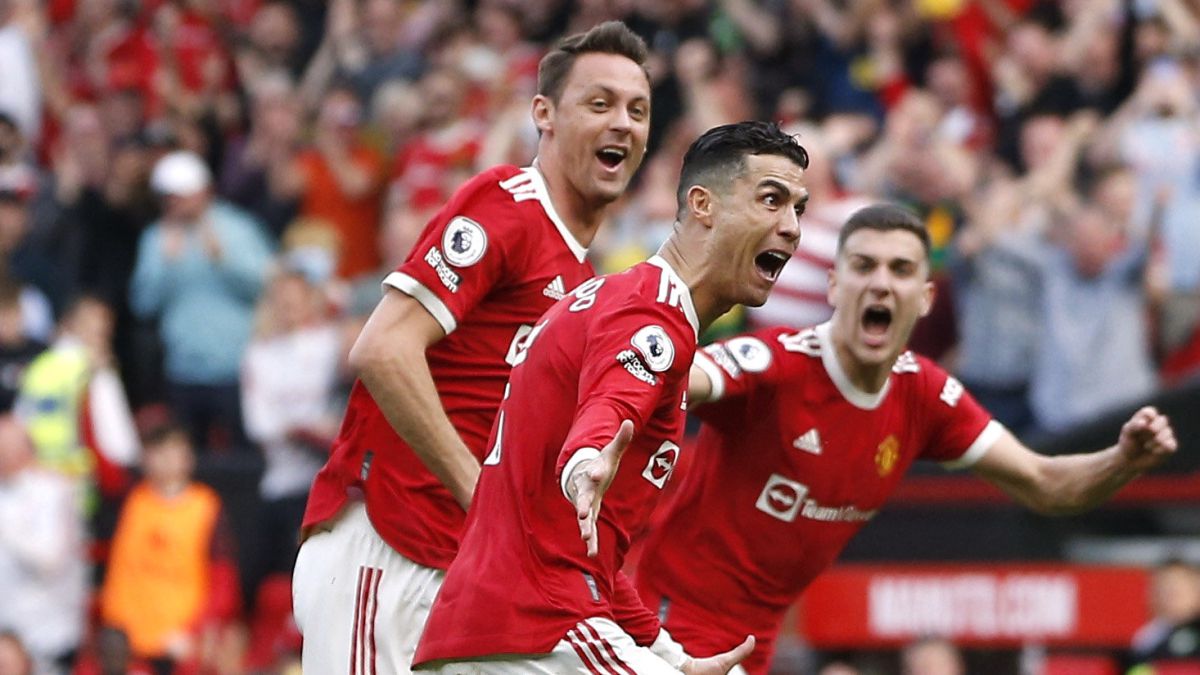 While the rest of England is sunny this weekend, Old Trafford continues to have overcast skies. Bad game, bad results, injuries, fan protests. The clouds were gathering. Pukki threatened to worsen the Mancunians’ moment by scoring after two minutes, but De Gea beat him heads-up. A ray of hope, of illusion. And a goal. With the invaluable help of Norwich, convinced bottom team, Cristiano Ronaldo opened the scoring with the easiest goal he has achieved in his career. Elanga snatched the ball from Gibson and offered it to the Portuguese, who scored at will. It was the seventh minute of the game, and after half an hour, another error in the visiting defense allowed Ronaldo to extend his team’s lead. Good corner, better header. Bad marking.

Ralf Rangnick’s team weathered the storm. He took advantage of Tottenham’s confirmed defeat and Arsenal’s provisional defeat to improve his position in the race for fourth place, the last one that gives access to the Champions League. But after a good 45 minutes the doubts returned. Seconds into stoppage time, Pukki found Dowell alone at the far post. Norwich scored. Pukki was able to equalize before the break, but failed to connect with the cross that came from the left flank. Yes he did in the second half. With space, she received and started. He stepped on the area and beat De Gea. 2-2. Four minutes later, the Spanish goalkeeper prevented Rashica from putting the bottom team aheada team that until this weekend had only scored eight times away from home in the Premier League.

Rangnick wanted to change the landscape. He put in Matic, he put in Mata, he put in Rashford, but the one who came to the rescue of Manchester United was Ronaldo. The almost always. With a quarter of an hour to go, the Portuguese launched a powerful direct free kick that, after passing through the Norwich barrier, bounced off Krul’s palms, off the post and settled into the net. A hat trick. A relief. The Mancunians took advantage of the defeats of their direct rivals to get closer to fourth place. They are fifth, three points behind Tottenham. Like Arsenal, although Arteta’s men have played one game less than their two rivals. A victory as important as great are the doubts it casts. Ronaldo weathered the storm, but the storm clouds do not seem to be long in appearing over Old Trafford.

Protests from the local fans before the match

A group of Manchester United fans, 1958, summoned the Mancunian fans in a march that arrived at Old Trafford an hour before the game. “This is the beginning of a series of constant, legal and peaceful protests and without rest against our owners”said the statement issued in the days before the match on social networks. “We know the challenges we face but we will not stop looking for our goals”. During Friday’s training session, a group of 30 fans gathered outside the club’s sports city with messages against the Glazers.

Thousands of Manchester United fans joined Saturday’s protest, which also took place in the stands. The organizers recommended entering the game in the 17th minute, one for each year of the Glazer family at the helm of the club. Those who occupied their seats before the start of the meeting, the majority, sang against the club’s property. Malcolm Glazer bought Manchester United in 2005 using a method whereby the club itself took on £525m in debt. A debt similar to that held by the club as of December 2021. After Glazer’s death in 2014, his six children inherited the club. Two of them, Joel and Avram, are co-presidents of the entity.

Cristiano’s hat-trick to weather the storm at United