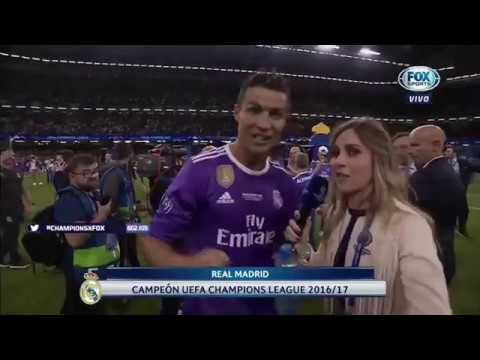 Cristiano Ronaldo He is one of the greatest icons of modern football and with him his characteristic way of celebrating a goal. And it is that every time the Portuguese scores a point, he celebrates singing a curious word that has become popular all over the world. It’s about the scream ‘SIUUU‘which you’ve probably heard if you’re a football fanatic.

In the finals of the Champions, Eurocups, Classics and other important football events where he has participated CR7, it is impossible that the famous jump and the ‘SIUUU’ that comes out from the bottom of the 36-year-old footballer’s chest go unnoticed.

But how did this popular cry come about? Contrary to what some may think, this form of celebration was not planned nor is it a marketing strategy, but was born naturally in a major sporting event. Currently most of his followers prefer to call him ‘Christian SIUUU’, a nickname that seems to please the man who has almost 800 goals to his credit.

WHEN WAS THE FIRST ‘SIUUU’ BORN?

The famous scream dates back to August 8, 2013, when Cristiano was in the Sun Life Stadium in Miami where he faced the Real Madrid with the team ChelseaThere the meringues defeated them 3 to 1 with a double from Ronaldo. It was the same Portuguese star who told the anecdote in an interview for the medium soccer.com:

“I was in the United States and we played Chelsea. And I don’t know where it all came from with the celebration. I just scored the goal and made the gesture (SIUUU) to celebrate. Everything was very natural ”.

Ronaldo quickly discovered that the public connected with the new form of celebration that he had shared and decided to make it his hallmark:

“From that moment I started to do it more and when the fans saw me they said: ‘Cristiano, SIUUU’. And that’s when I realized that people remember Cristiano a lot for that celebration. So I decided to continue ”.

WHY DID CR7 SAY HE WAS PRETTY AND RICH?

In 2011, Cristiano Ronaldo played a close match between the Real Madrid and Dinamo Zagreb at the Maksimir Stadium. The match ended in favor of the Spanish club, with a single goal from Ángel Di María, but CR7 was the one who came out very upset with Norwegian referee Sven Oddvan Moen.

The Portuguese soccer player received a strong foul by the defender Jerko Leko, an iron that left him with a bloody ankle and three stitches. However, the referee did not give the opposing player a yellow, which made Ronaldo explode.

While complaining, the former Madrid player was booed in the stadium by the opposing fans. When asked by a reporter why he caused this reaction from the public, the athlete famously said: “They whistle at me for being handsome, rich and a great player. They envy me “. This made the social networks explode, who took the comment as haughty, despite the context “hot”Of the footballer.