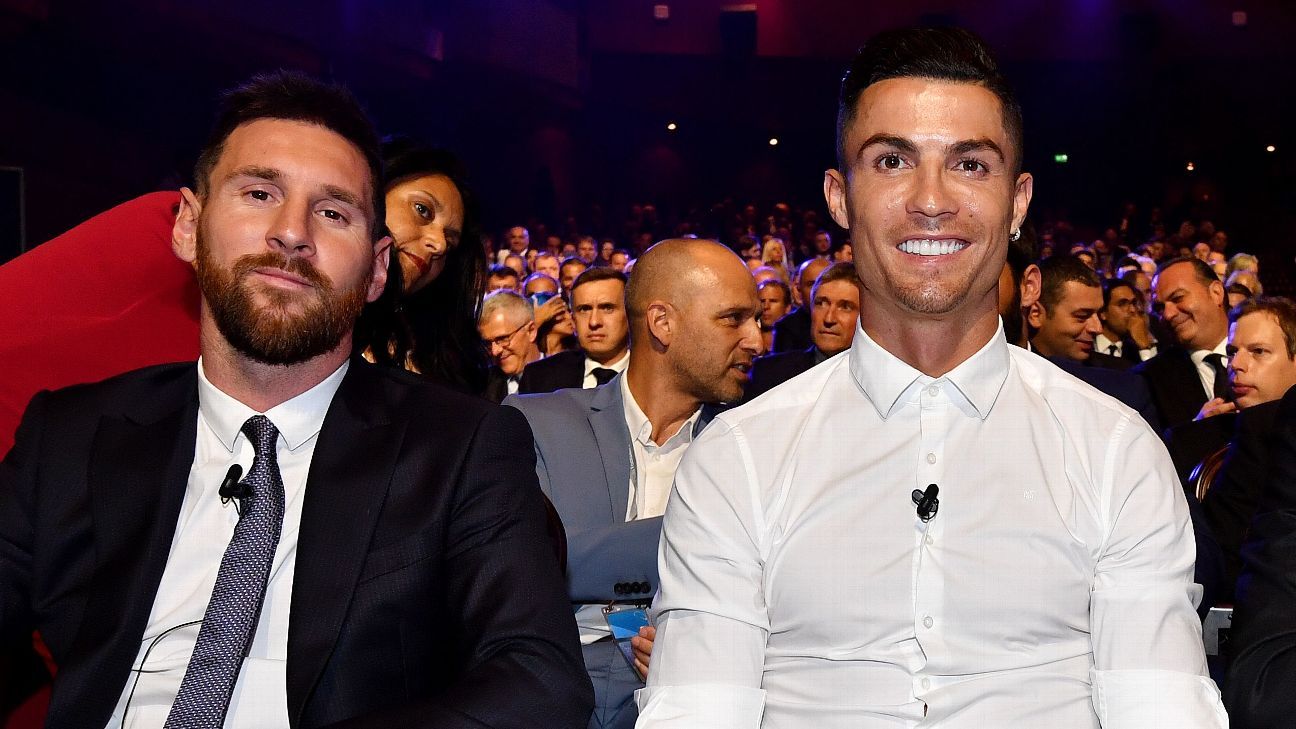 The American magazine Forbes, a heavyweight in the world of business and finance, did the math and produced a Top 10 of the highest paid professional footballers in the world.

Collectively, the players in question will raise a staggering $ 585 million in pre-tax earnings this season, up from $ 570 million last year.

There are no prizes for guessing who the top two players are, as the old rivals Lionel messi and Cristiano Ronaldo they are the best paid again.

However, the big news is that Cristiano has regained the No. 1 spot from Messi after the Argentine’s tumultuous move to Paris Saint-Germain this summer, ending his 21-year association with Barcelona.

Cristiano, for his part, has given his own coup with an emotional return to Manchester United. The venerable prodigal son returned to Old Trafford after a 12-year absence.

To build its list, Forbes spoke with clubs, agents, and sponsors to obtain the data. Although the value of passes is not included, the income shown consists of player salaries for the 2021-22 season, as well as contractual bonuses and income from commercial guarantees.

The world’s ten highest-paid soccer players are expected to collect pre-tax earnings of $ 585 million this season, up from last year’s $ 570 million.

The top two entrants, though, won’t surprise you. https://t.co/mIjWVyzj0c

Just like on the playing field, Cristiano shows no signs of slowing down on the business front, having established himself as the world’s most popular athlete, at least in terms of Facebook, Instagram and Twitter followers. In fact, the superstar commands a huge social media battalion with more than 500 million devotees around the world.

With his great return to Manchester United, Cristiano receives a salary of $ 70 million, and his earnings are complemented by valuable business partnerships with companies such as Nike, Herbalife and Clear shampoo, as well as his extensive portfolio of products under the CR7 brand, ranging from underwear to hotels.

After topping the list last year, Messi has fallen behind Cristiano in second place after a dizzying summer.

His colossal income in Barcelona is said to have been the catalyst that fueled his swift departure from the club of his childhood, and Messi accepted a significant pay cut to sign with PSG in August.

However, there is no need to fear, as the Argentine will continue to earn a salary of $ 75 million, complemented by some $ 35 million in commercial sponsorships from Adidas and Pepsi, among other brands.

Again in third place, Neymar again renewed for four years with PSG this year, which will allow him to stay in the Ligue 1 giant until 2025.

Then, as if the Parisians no longer had one of the most powerful (and expensive) attack lines in world football, they added Messi to the equation.

Neymar is also the third most followed athlete on social media with 284 million followers across his various channels and platforms, including the video sharing app called Triller, with which the striker signed an exclusive content deal in November last year.

Mbappé, PSG’s third megastar to appear in the top four, is also the youngest on the list, and by a considerable margin.

The young French international is in the final year of his contract with the Parisian club and turned down a renewal at the beginning of the year, indicating that he could go out looking for a new challenge in 2022-23.

Given that Real Madrid would be extremely interested in securing his signing at the end of this season, it is possible that Mbappé will move up a notch or two on the Forbes list in due course.

Salah, the sole representative of the Premier League, completes the Top 5 in much the same way as last year.

The prolific Egyptian striker proved to be a tremendous success since arriving in Liverpool from AS Roma in 2017, surpassing the 20-goal barrier in every season and playing a pivotal role in achieving both the Champions League and a historic league title.

Salah also collaborated with long-time business sponsor Vodafone in February 2020 to become a UN ambassador for a program supporting digital learning for refugees in his country.

The Bayern forward continues to improve with age, and since he turned 30 he has starred in several of the most prolific seasons, packed with goals, records and successes of his career.

Among a pile of individual and collective honors, Lewandowski was named Bayern’s best player in the 2019-20 season, as well as being crowned German Footballer of the Year twice in a row in 2020 and 2021.

And the Polish international became the first Bundesliga player to find the net in 13 consecutive games, included in a 19-game scoring streak dating back to February, the last time he did not score for his club.

In addition, he presides over several companies, including his personal clothing and coffee brands RL9.

Defying his age, veteran midfielder Iniesta made a surprise return to the roster after closing a lucrative two-year contract extension with Japanese club Vissel Kobe in May – a deal that was formally announced on the day the Spaniard turned 37. years.

Having moved on to the J-League in 2018, the former Barcelona teacher will now be contractually committed to Vissel until 2023, at which point he will be close to turning 40.

🇪🇸 The Spanish star and legend, Andrés Iniesta, has extended his contract with Vissel Kobe until 2023. ⚽️🎉

Pogba may have dropped three spots on the Forbes list in the span of a year, but his revenue is unchanged, sticking to $ 34m while others have surpassed him.

The flamboyant Frenchman’s future at United remains uncertain, but it is suggested that after a string of high-profile additions at Old Trafford (including Cristiano Ronaldo, Jadon sancho and Raphael varane), Pogba is now considering a contract extension to stay.

Previously in exile, Bale has now returned to Real Madrid having previously been disadvantaged, to the point of being forced to return to Tottenham on loan for the 2020-21 campaign.

Once (albeit briefly) the most expensive player on the planet, the Welshman has already had three La Liga appearances so far this season, including scoring his first goal for Los Blancos in nearly two years when he found the back of the net. against Levante last month.

It may come as a surprise to see Hazard in the top 10 considering the losing streak the Belgian has been through over the past two seasons – two seasons in which he was out of 59 games.

In fact, since moving to Real Madrid out of Chelsea for € 100m in 2019, Hazard has only made 48 appearances in all competitions, scoring just five goals, all due to an annoying injury and lack of fitness.

Real is rumored to want to ditch Hazard and his hefty salary as soon as possible, which could affect his position on this list in 2022-23.

Those that were left out of the top 10

Two players who were on this list last season but who have been outdone by others. Antoine Griezmann – Back then with Barcelona and now back with Atlético Madrid he had seventh place and Man United’s goalkeeper, David De Gea, he had stayed with the number ten position.