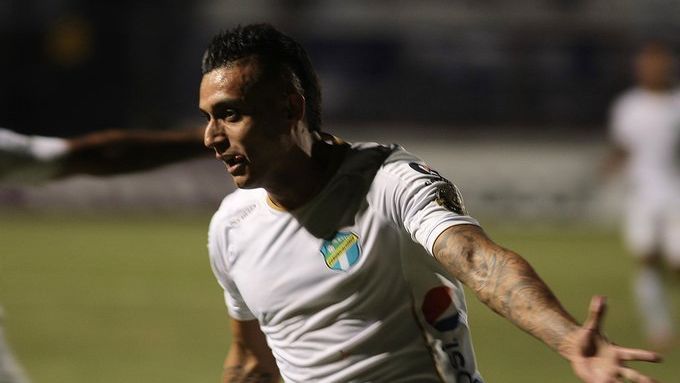 HONDURAS – Comunicaciones takes advantage and takes an important step towards the title of the Concacaf League 2021 by defeating Motagua of Honduras 2-1 with goals converted from Jorge Aparicio Y Juan Luis Anangonó, while the local goal came through Roberto Moreira.

The Cremas were effective in the attack and took advantage of the defensive deconcentration of the local team to get ahead on the global scoreboard and thus be able to close the series at home next Tuesday, December 14 at the Doroteo Guamuch Flores stadium at 9:00 p.m.

Comunicaciones hit first in the first leg final of the #LigaCONCACAFxESPN against Motagua, with goals from Jorge Aparicio and Juan Anangonó ⚽️⚽️🔥

Communications started the game with the first dangerous action in the Motagua area. After a corner kick taken by Oscar Santis, deflected by Rafael Morales, the ball hits the local player’s hand and the referee gives continuity of play, so it appears Jose Manuel Contreras with a shot inside the area that was taken off the line by Motagua.

The response of the ‘Blue Cyclone’ came through the Paraguayan Roberto Moreira by crashing a ball into the goal post defended by Kevin Moscoso after a cross to the far post by Iván López. Minutes later Moreira reappeared with a shot to the outside of the net.

It was at minute 21 ‘when Communications opened the scoring. Andrés Lezcano overflowed on the left side and raised a center that was fought by Juan Anangonó and on the rebound, the ball favors the midfielder Jorge Aparicio With his right leg he finishes off and beats goalkeeper Jonathan Rougier for the 0-1 match.

With the disadvantage on the scoreboard, Motagua turned to attack. Kevin López sought to surprise goalkeeper Kevin Moscoso in the fixed tactic, but the Guatemalan goalkeeper reacted positively. Subsequently, there was a double header in the area, but again Moscoso drowned out the goal cry for the locals.

Finally at minute 41 ‘equality was scored. In a center raised from the right sector, appeared Roberto Moreira to win the aerial game to send the ball to the bottom of the cream goal and score the 1-1 of the commitment.

🔥👻 The Ecuadorian forward took advantage of the mistake made by the Motagua goalkeeper and ahead again to the Cremas in the final of the #LigaCONCACAFxESPN: https://t.co/SjhGlVWYtM

In the complementary part, it was Motagua who went out in search of the opposite goal, while Comunicaciones opted to group the midfield to try to stop the local team. It was Kevin Lopez who appeared on the right side of the attack to disturb Kevin Moscoso who leaned to the right side to keep the ball.

After 60 minutes, Diego Vázquez and Willy Olivera made the first variations with the aim that the teams look better on the pitch due to the physical wear caused by the humidity of Honduras.

At minute 73 ‘the Argentine Diego Auzqui He tried to surprise Comunicaciones with a set piece frontal to the goal by Kevin Moscoso, however, the shot was completely deflected from the cream goal.

Communications ‘second goal in the game came at minute 78’. After a frontal rebound from Stheven Robles, local goalkeeper Jonathan Rougier rebounds and the Ecuadorian appears Juan Anangonó with a left leg shot at the back of the goal to place the 1-2 in favor of the Guatemalan team.

During the Communications celebration, Motagua fans threw objects onto the field and one of them hit Stheven Robles’ head, delaying the engagement for a few minutes. In the last play of the game, Kevin Moscoso saved Comunicaciones and avoided Motagua’s draw after a center where he managed to deflect the ball to the corner kick.

Cream trump! Comunicaciones gives the first blow to Motagua and dreams of the Concacaf League title