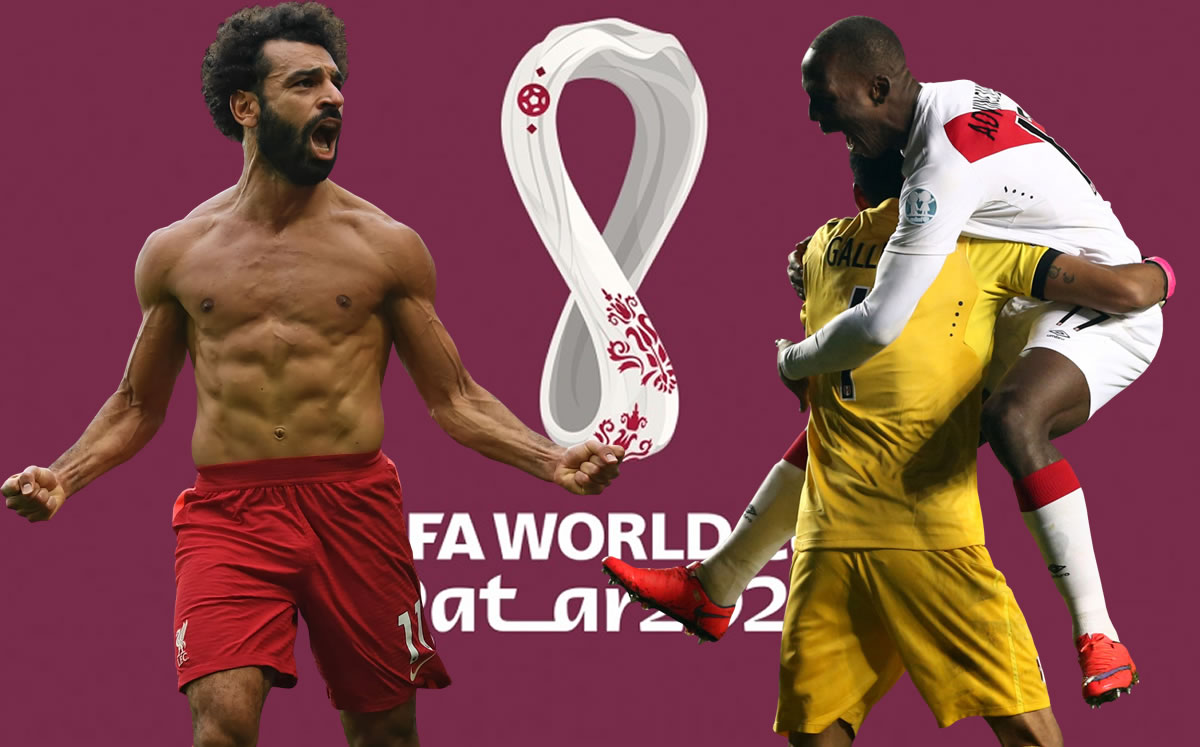 World football will live a day of high tension this Tuesday, March 29, since seven more qualifiers will be known (five from Africa and two from UEFA), who will join the 20 representatives who are already confirmed at Qatar 2022.

After some very long qualifiers that began on September 4, 2019, the so-called Black Continent will define its five qualifiers in a single day, with really even crossings.

The matches were played last March 25, with only three winners by difference of 1-0, while in the other two games they were even. The five games will be played at 11:00 a.m. Central Mexico time.

Conmebol only has half a free place

With the confirmation of Ecuador and Uruguay among those qualified for Qatar 2022 last Thursday, Only half a place is available in the South American areawhich will be played by Peru, Colombia and Chile.

If the Incas defeat Paraguay they will not depend on anyone They will go to the series against a representative from Asia (of which there is still no certainty of who it would be), since they are located with 21 points, one more than the Colombians and two more than the Chileans.

Therefore, the matches Ecuador vs. Argentina and Bolivia vs. Brazil are totally inconsequential, although they also They will be played at 5:30 p.m. in central Mexicolike the other three remaining.

Matches to watch this Tuesday

UEFA will have two more

in the old continent There are only three tickets available out of the 13 that are awarded directlyalthough only two will be played this day due to the armed conflict between Russia and Ukraine, since the second country has not played its series against Scotland to define which of the two will face Wales for the pass.

The series that will be played are Portugal vs. Macedonia and Poland vs. Sweden, with Cristiano Ronaldo and Robert Lewandowski looking to be among the guest stars. Both games will be played at 12:45 p.m. Central Mexico time

in CAFA there are no more direct passesso it only remains to know who will look for the playoff against a member of Conmebol. In Group B of the qualifiers Australia already has a safe place, while in Group A it will be played by the United Arab Emirates (9 points), Iraq (8 points) and Lebanon (6 points).

The last direct, on Wednesday

After the results of this Tuesday, only the two that will join Canada in Concacaf with a direct pass will remain to be knownin addition to the one that will go to the playoffs, although that will be known on Wednesday. With them there will be 29 insured in total.

The same will happen with Oceania, where New Zealand and the Solomon Islands define who will go against those of Concacaf.

The three tickets that will complete at 32

Crazy Tuesday heading to Qatar 2022: 7 qualifiers will be added