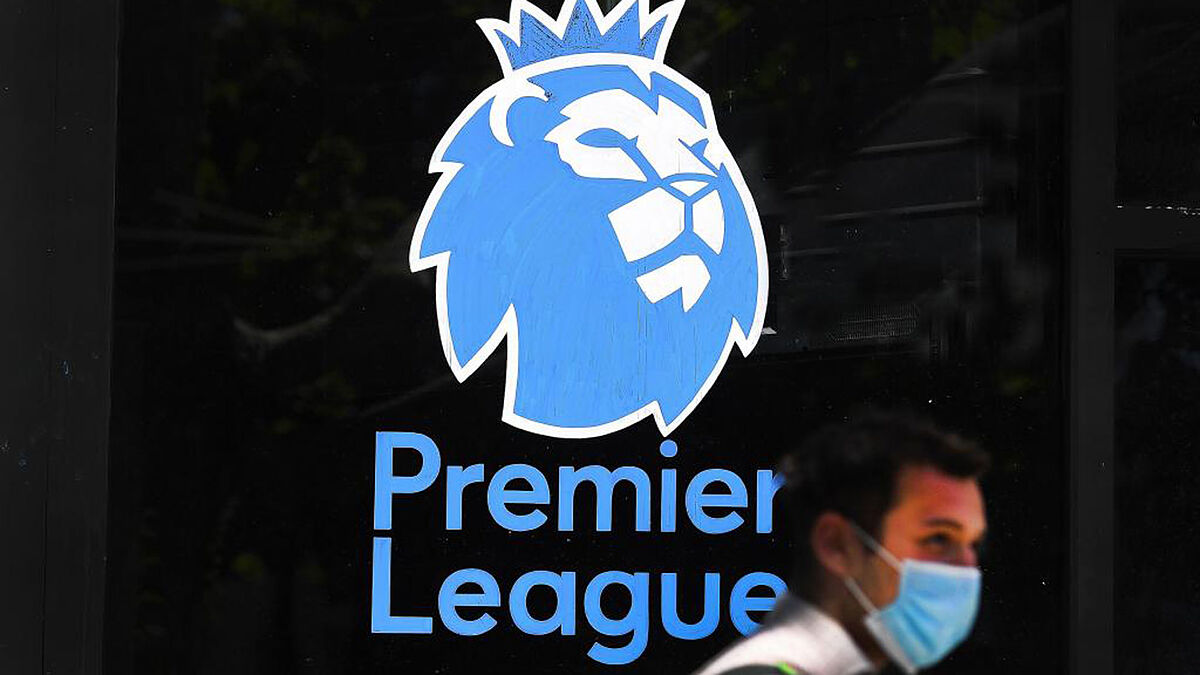 Football returned to normal on August 13 at Brentford Community Stadium.. The 17,000 people who filled their stands without social distance or mask sang the ‘Hey Jude’ at the top of their lungs and saw their club beat Arsenal 2-0 at the start of the Premier League. The world watched as English football regained its pre-pandemic life, untethered, while ‘anticovid’ measures remained in force in other countries.

After months of empty fields due to the coronavirus, the Premier returned to 2019 after eliminating in July the Government of Boris Johnson the restrictions strengthened by the vaccine shield. However, Covid-19 has hit them when ‘Boxing Day’ and the marathon of Christmas games are approaching. There will be three matchdays and a FA Cup round in just two weeks. There is no truce.

The Premier has reversed its de-escalation. “We have decided to return to the Emergency Measures that include the use of the mask inside the team facilities, social distance, the limitation of the time of the treatments and the greater frequency of the tests,” said the League after confirm that in the Last week 42 positives had been detected in the 3,805 tests carried out to the footballers and to the members of the staffs of the clubs. A figure that pulverized the previous record (40 the first week of January) and any data from this season [ver grfico] inflated by the advancement of the micron variant in the UK, which “now accounts for 40% of cases in London,” according to Johnson.

Faced with this wave, the Premier decided that all footballers and staff will undergo a daily antigen test before entering the training fields, in addition to two weekly PCRs. Some measures similar to those of the last year that had relaxed this one, when only two quick tests were carried out every seven days. PCRs were to confirm positives.

The 59,610 positives and the 150 deaths registered on December 14, with a cumulative incidence of more than 1,000 cases in 14 dayshave made the Executive raise the alert level by imposing teleworking and the use of a mask in some interiors. In addition, those over 18 years of age will be able to get the third dose of the vaccine in a country where 69% have the full schedule.

Doctors have recommended that we get the booster shot. Many of us already have it and I think that footballers have to do it

“The doctors have recommended that we give ourselves the booster injection. Many of us already have it and I think that footballers have to do it,” Guardiola confessed. According to data from the Premier of October 19, 81% of the players had received a puncture and 68%, two. Wolverhampton is the only club with everyone ‘immunized’. “We don’t have any cases of covid, everyone is healthy right now. We have followed the rules and in all the meetings we have been wearing a mask, but the most important decision is that everyone is vaccinated, “said technician Bruno Lage.

The 13 positives from last week at Tottenham They forced UEFA to suspend their Conference match against Rennes – they could be eliminated – and also that of Premier in Brighton. “We are a little scared”, Conte said. The ‘spurs’ closed their training camp … like United after “detecting contagions between staff and players.” His match at Brentford was postponed. According to League guidelines, duels will only be suspended if there are fewer than 14 ‘healthy’ players.

There are also outbreaks in Leicester, Aston Villa, Brighton and Norwich and the Premier, who postponed six shocks last year, and the Government have decided to take measures to avoid massive suspensions. Thus, the ‘covid passport’ or a negative test will be necessary to enter the fields of more than 10,000 spectators. And Brighton has recommended the use of the mask to its fans. “It seems like a small price to protect us and have the stadium open and full,” said ‘seagull’ CEO Paul Barber. The ghost of Christmas past, with empty stands, haunts UK.

Covid alert in the Premier before Christmas: “We are a little scared”