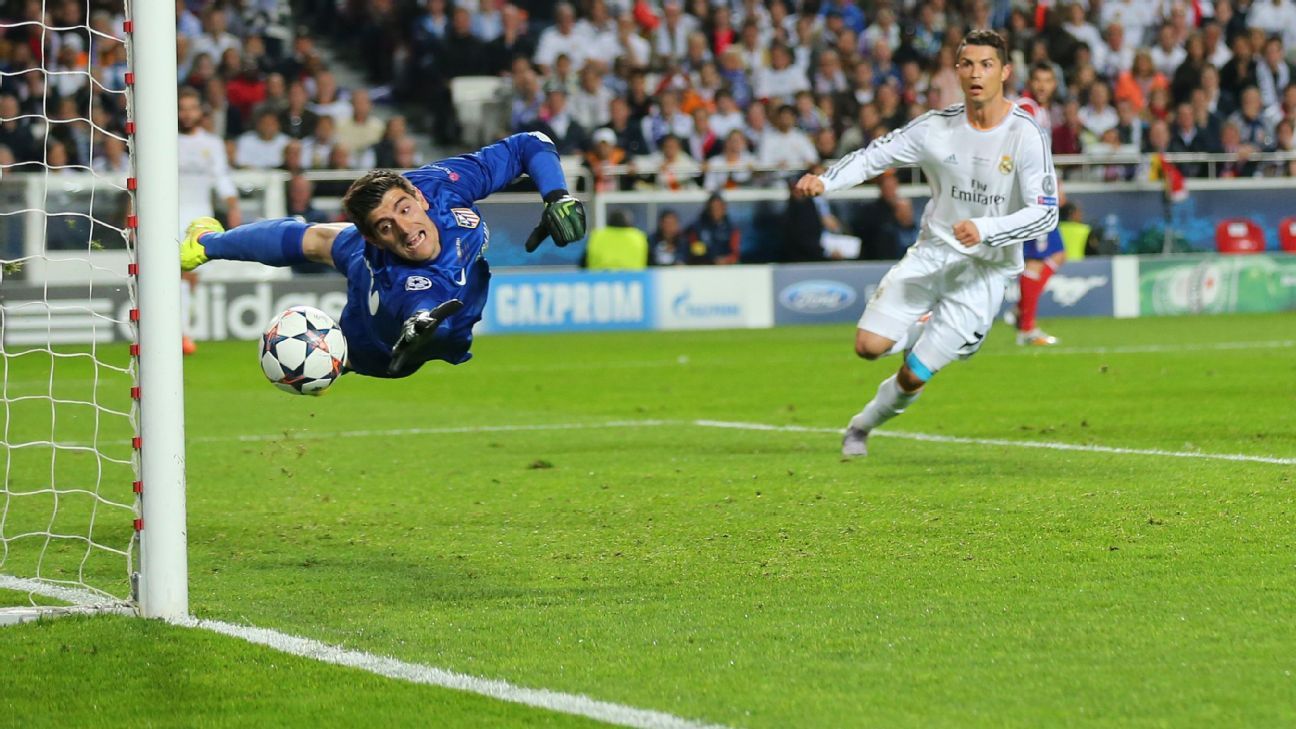 Courtois commented that he has reviewed some of Ronaldo’s matches, to refresh “where he likes to hit”

The goalkeeper of Belgium, Thibaut Courtois, assured ahead of Sunday’s round of 16 Euro Cup match against Portugal that in recent years his evolution had been greater than that of Cristiano Ronaldo, whom he will face in Seville and with whom he did not coincide at Real Madrid and highlighted the improvement of his teammate Eden Hazard, which “is already close to its best.”

Courtois commented that he has reviewed some matches of Ronaldo, to refresh “where you like to hit”. Cristiano is the top scorer in the Eurocup, with five goals.

“He is an excellent player, obviously” but “we have a plan to stop Portugal in general, not a player,” he said about the defense against the Portuguese team.

Courtois, which did not coincide with Cristiano at Real Madrid, recalled the days when he was measured against him when he was goalkeeper of the Atlético de Madrid (2011-2014) and the Portuguese as a forward of the Real Madrid (2009-2018).

“I think he is still the same player as when I was at Atlético. I have evolved more,” said Courtois, adding that “it has always been special to play against him.”

The Belgian goalkeeper also referred to his teammate in the Real Madrid and captain of the Belgian national team, Eden Hazard, who try to reach his best level after two years plagued with injuries and without continuity.

“I see him in training and he trains very well. He is very close to his best form. The last months in Madrid have not been easy for him. He trained well but then suffered very good injuries,” Courtois said.

“Mentally he is very strong (…). Then he has to pick up the rhythm, play minutes,” said Hazard’s goalkeeper, who barely had a few minutes in the victories against Russia and Denmark but played the 90 minutes at a good level in the win against Finland on matchday three of the group stage.

“I have a list of analysts with the last 10 or 15 penalties they have taken. Before the game I know where I’m going to shoot, unless I see something in the game,” Courtois said at a press conference this Friday.

The Red Devils of Roberto Martinez They will fly from Brussels to Seville on Saturday to play at the Cartuja on Sunday at 21.00 CET (19.00 GMT) against the current European champion.

The Belgium and Real Madrid goalkeeper predicted that the match will be “a great match” between the defending champion and a solid contender who is “confident” in the result.

“It is a team to go far. It is a shame that we cross in the second round (…). It is a great team. We will be prepared and they will be prepared. I am confident of a good result,” said Courtois.