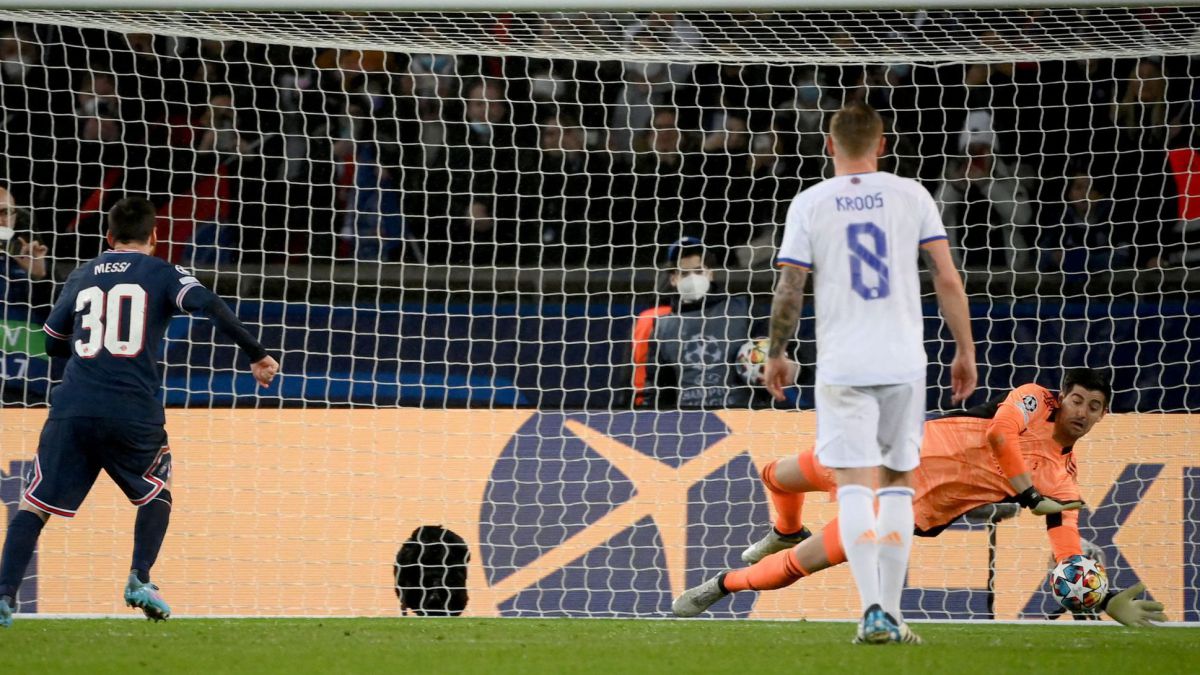 If he Real Madrid maintains long live the tie against PSG For the resolution of the Bernabéu, Thibaut’s left mitten owes it Courtois. The one that took the penalty shot by Messi that would have, if we count the subsequent work of art by Mbappé, put the pass to the quarterfinals in Chinese for Ancelotti’s team. Shark minimized what he could the damage from the Parisian bathroom to Madrid and confirmed, if there were any unbelievers left in the room, that he is the fittest goalkeeper of Europe. For performances on nights with many focuses, such as this one at the Parc des Princes or the Spanish Super Cup Finalor by pure raw statistics: no one makes more saves in this Champions League or has such a high percentage of goal chances saved in the five major leagues. Courtois turns miracles almost into office work…

Thibaut has never been lacking in self-confidence, who is not afraid to speak in the first person to extol his virtues, but it is now look to the other goalkeepers through the rear view mirror. Farther and farther. Their 30 stops they make him the one who has intervened the most in this 2021-22 Champions League and what is more important, his degree of success. Stops 88 percent of shots what they do to him, better than Donnarumma (83% and being less demanding, with just 15 stops, half that of the madridista) and much better than other bell names like Oblak (69%, 18 stops) and Ter Stegen (64%, 16 stops).

In global calculations and going to the main five European leagues, only De Gea in his kingdom of Manchester United expensive plant. He has made more saves than Courtois (110 to 100) in official competition in this 2021-22 season, although the Belgian has more success (78% to 73%) and also improves the great performance of the Madrid player on penalties. When his rivals have gone to the fateful point, De Gea has stopped two of the three penalties and Courtois even improves it, because with that detention to Messi there are three of four this course…

But this, sometimes, is not about numbers. Is he momentum. And Courtois does not miss the small details. Proof of this is that in addition to the conscientious preparation with Lluis Llopis, he does his homework. The best proof is that knew Messi’s recent tendency to take penalties to the right. The Belgian played it on that card and won the pulse.

In this Madrid what has been stuck dangerously in the opposite area (a single goal in the last 46 white shots) just when he enters a decisive stretch for the League and the Champions League, in his own Courtois is the only white constant that is not altered, for good.