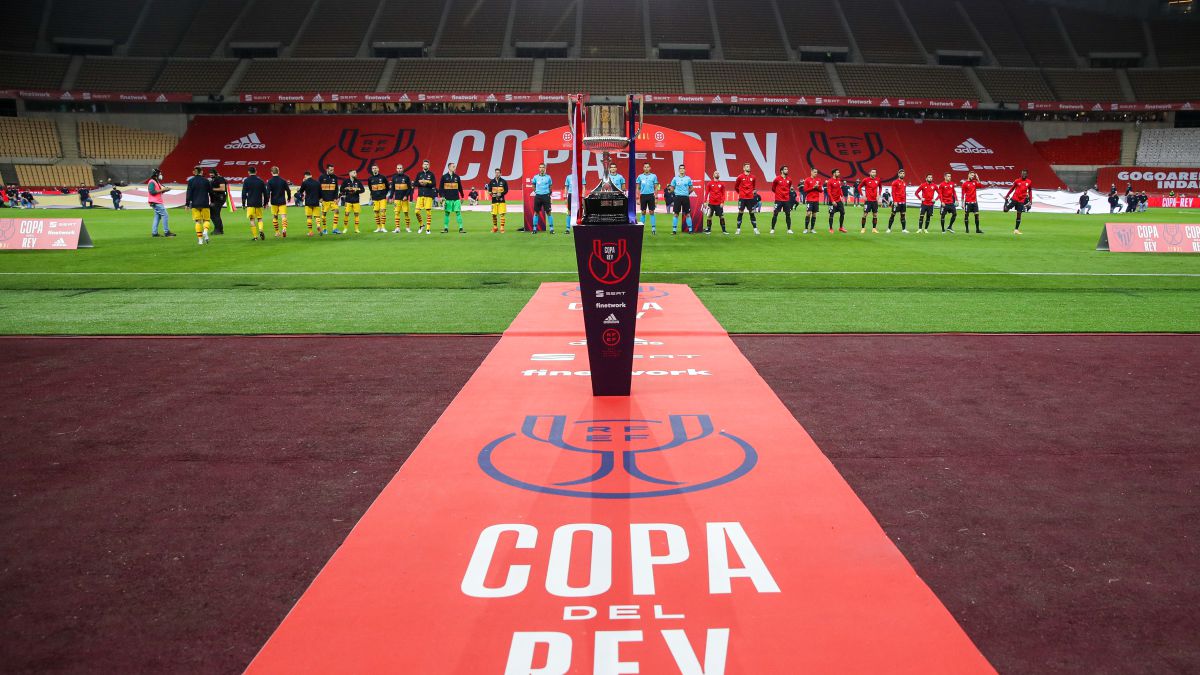 The RFEF clarifies the new goal rule in the Cup semis

A piece of information from Ruby Ares:

The double value of the goals in the rival field is eliminated and a nuance is made on those scored in extra time.

Hours before the draw for the semifinals of the Copa del Rey, the Delegate Commission of the Federation has approved a modification to the competition rules. This novelty falls on the value of the goals in the event that the qualifiers end up being decided in extra time.

As it happens in European competitions, the double value of the goals in the rival field in the round-trip qualifiers has been eliminated. Now the one who scores the most goals from both games goes through to the round, regardless of which field he scored the most on. In case of equal goals, the pass to the final must be decided in extra time. That is where the novelty approved today by the Federation arrives. “Once extra time is over, the team that has scored the most goals in extra time will be declared the winner. If both teams have scored the same number of goals or none have been scored, penalties will be taken. intends that the aforementioned standard be adapted and faithfully reflect the approved criteria”, affirms the Federation.

In other words, the RFEF tries to clarify that the rest of the goals scored during the round-trip matches will not be taken into account and will only be decided by those scored during said extra time of 30 minutes divided into two parts. In the event that neither team scores more goals than their rival during extra time, the tie will be decided on penalties.

“The object of the modification aims to clarify the content of the RFEF Tournament Competition Bases in relation to the semifinal round of the Spanish Championship/SM el Rey Cup that will be held in a double round and, specifically, on the mode in which the qualifiers are resolved in the event that at the end of the extension (if it were to be held) in the second leg the tie between the participating clubs persisted “, affirms the federative entity in a circular to the clubs.