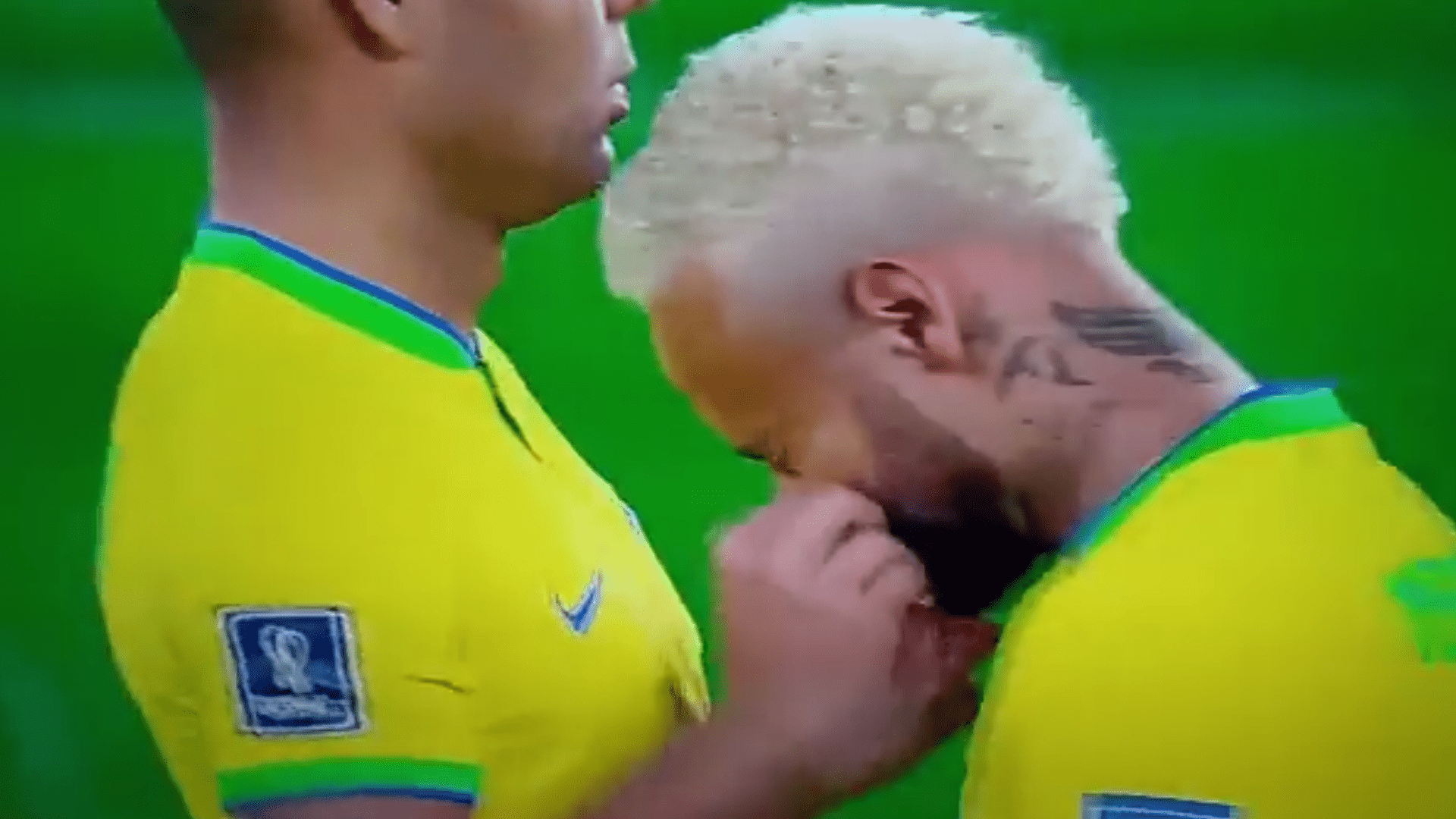 Two images drew attention in the match that Brazil beat South Korea 4-1 for the round of 16 World Cup Qatar 2022. It is a repeated scene in which casemiro touches the nose neymar and that generated controversy on social media. After various criticisms, it was revealed what happened between the midfielder and the striker and this answer put an end to the conjectures on the day that the best version was seen in the competition of the team led by tite.

Brazil exposed its hierarchy, crushed South Korea 4-1 and will play Croatia in the quarterfinals of the Qatar 2022 World Cup

With goals from Vinicius Junior, Neymar, Richarlison and Paquetá; the cast of Tite imposed itself with authority. Paik Seung-Ho marked the discount for Asians

The first part was seen by Casemiro who touched Ney’s nose and then hugged him. That image that before the meeting started was the one that raised the most controversy. In the second stage, the midfielder of the real Madrid he stared at his nose and touched it again to the attacker of the Paris Saint-Germain (PSG) in a play prior to a stopped ball.

the brazilian medium OUOL reported that it was an ointment that was applied to the chest and nose of neymar Already raphinha (also starting against the South Koreans). It allows to soften nasal congestion and improve breathing. It helps a lot to recover the physical effort of the players, they indicated.

Neymar had already used that ointment on the World Cup Russia 2018. “By breathing better you help the recovery process. The better you can oxygenate the body, the faster you can recover,” the physical trainer explained at the time. Ze Mario Campeiz in an interview with said portal.

Neymar returned to training with Brazil but his condition continues to cause concern: will he reach the round of 16 of the World Cup?

The striker worked out in a gym, but was still unable to work alongside his teammates after injuring his right ankle in his debut

The professional also pointed out that the product can be used when the relative humidity of the air is very low or very high, both of which are harmful, since in these cases “an athlete wears himself out more and takes longer to recover.”

For the first time, the World Cup takes place in the months of November and December due to the high temperatures in Qatar between June and July, a period in which the World Cups take place every four years.

Neymar returned to the team after spraining his ankle in Brazil’s first match, which was a 2-0 win against Serbia. After being absent against Switzerland and Cameroon, the striker recovered and he returned to the starting eleven. He actually scored one of the goals and it was a penalty. The player who emerged from Santos became the third Brazilian to score in three different World Cups after Pele Y Ronaldo Nazario.

This Monday, Brazil took another step in the search for its goal, which is to get its sixth star. In the first half of the match against the Asians, they showed high-level football and deserved to finish with a greater difference. In the plugin, the scratch he slowed down and in fact South Korea achieved the discount.

On Friday the Canarinha will play their ticket to the semifinals against Croatia, which after drawing 1-1 with Japan beat them in the penalty shootout. The European cast is not the same one that got the runner-up in the last World Cup, but it will be a careful rival for Brazil.

A promise and rehearsal at the hotel: this is how the “Danca do Pombo” was born, the dance of Tite together with Richarlison that was all the rage in the win in Brazil
Brazil is a strange team and the result with Korea was a lie: in attack they kill you, but in defense they suffer horrors
The emotional tributes to Pelé during Brazil’s win against South Korea: the flag that appeared one minute into the game and the gesture of the players
Brazil exposed its hierarchy, crushed South Korea 4-1 and will play Croatia in the quarterfinals of the Qatar 2022 World Cup
“Foquinha” and wall at maximum speed: Richarlison’s great goal that made Tite dance in the beating of Brazil against South Korea
The best memes of Brazil’s win against South Korea and the “curse” of Argentine fans