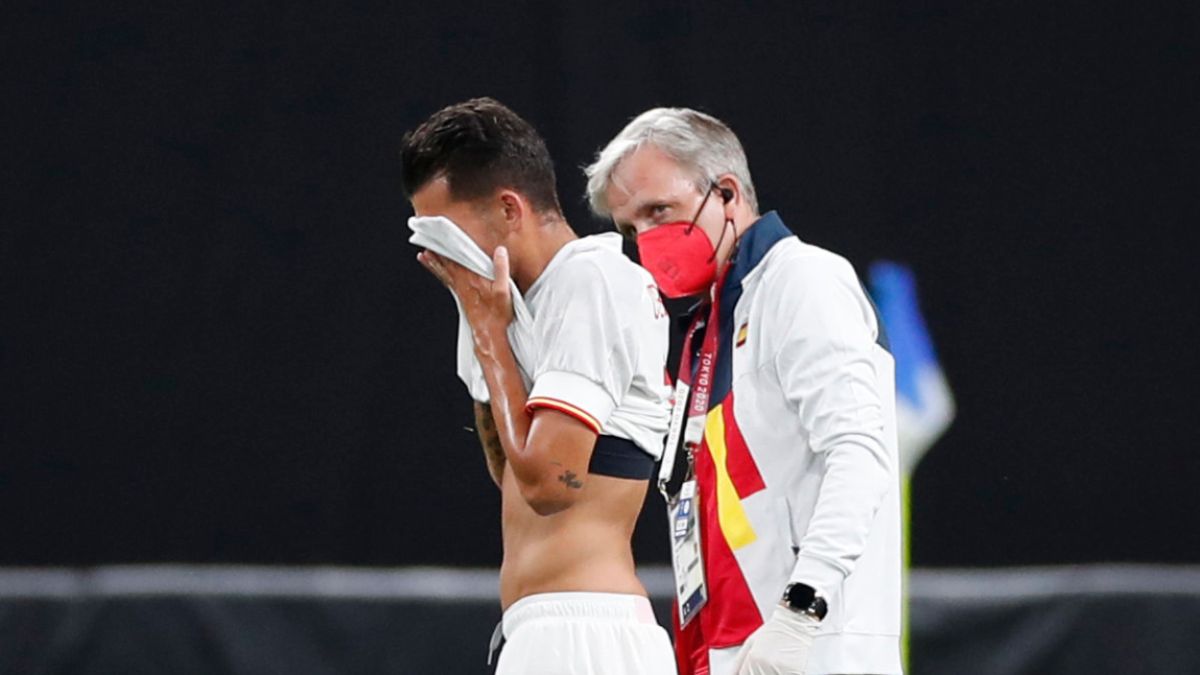 The injury of Dani Ceballos, who had to be replaced by a very tough tackle in the match against Egypt, is what worries the most right now in the Olympic football team. Even more so after what was seen on the field, since it was the best of the game in the 41 ‘he played. The Utreran left the Sapporo Dome without being able to support his foot and later shared a photo on his social networks in which he can see a strong swelling in the ankle.

“It looks bad,” Luis de la Fuente said at the post-match press conference. The injury seems serious, although the truth is that it has gone from absolute pessimism from the first moment to a certain sense of hope in which it is not ruled out that Ceballos can still help Spain in some match of the tournament, something that seemed totally ruled out initially .

The official version is that he suffers a sprain and that he will wait 48 hours to see his evolution. The doctors of the National Team will submit you to different tests to know your sensations and the state of your ankle in the coming days, but now the most important thing is that you rest to see what the inflammation remains, that at first impacts.

The player was out of the championship at the moment in which he requested the change, because he could barely support his foot. With the passing of the hours the pain has not subsided, although in his head the thoughts have been more and more positive.The recovery is very complicated because there is hardly time, but right now it is not ruled out to rejoin the team at some point in the championship. The player does not lose faith and hours after the upset he wrote a message on his social networks: “In pain. Yes. But with the hope and the illusion of trying to do everything to return and continue helping my teammates in these Olympic Games.”

What is ruled out is that he can participate in the match against Australia on Sunday and his presence is almost impossible for the last day against Argentina (day 28). One week of rest is the minimum for a sprain of this severity. Therefore, the view is more on the qualifying rounds, in the hypothetical case that Spain qualifies and that the feelings are good. Either way, the key is to go step by step. And, for now, there is hope: it is not ruled out.