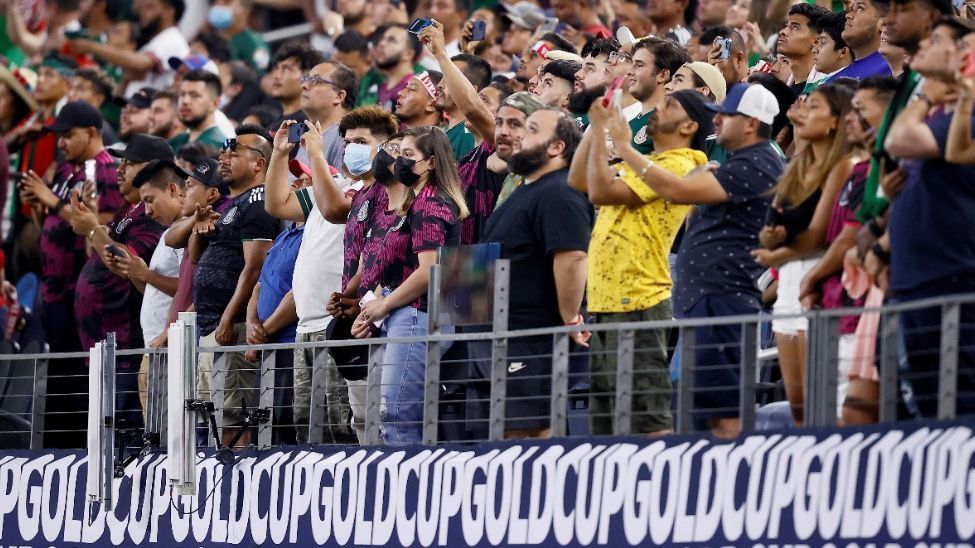 The Mexican National Team will play the second game of the Gold Cup with fans, against Guatemala, after Concacaf ratified the original programming and despite the fact that the FMF indicated that it could be played without an audience

The Concacaf rejected the match between Mexico and Guatemala, of the Gold Cup, is played without an audience, despite the fact that the president of the FMF had commented that it could be played behind closed doors by the discriminatory scream that was heard in the game against Trinidad and Tobago.

“On the recent publications related to the next match between Mexico and GuatemalaWe would like to clarify that this match will take place as scheduled, with the assistance of fans. Concacaf It will continue to implement its anti-discrimination campaign What is Wrong, Is Wrong, and if necessary, it will activate its protocols that include expelling fans who engage in discriminatory behavior and suspending the match, ”reported the Concacaf.

The president of the Mexican Soccer Federation, Yon de Luisa, commented that the Concacaf analyzed the possibility of playing the game against Guatemala behind closed doors, after the Tricolor fans reproduced the cry that is labeled homophobic every time the rival goalkeeper cleared the ball, in the debut against Trinidad and Tobago. The measure that will be taken is that now, “if necessary”, fans who do not respect the rules will be expelled.

“Concacaf is extremely disappointed by the discriminatory language used by some of the fans of Mexico during his game of the gold Cup against Trinidad and Tobago at AT&T Stadium, Saturday, July 10. The shout towards the goalkeeper was heard despite the important anti-discrimination campaign of Concacaf carried out in recent weeks and extensive efforts by the FMF to make it clear that it is unacceptable, “added the Confederation that organizes the gold Cup.

In the friendly matches of the Mexican team, prior to gold Cup, the fans had been warned that they would be expelled in case of not respecting the rules and it was clarified that there would be no refund, in case they had to be expelled from the stadium.

“Discriminatory shouts were also heard during a friendly match between Mexico in the same stadium in May. The fans participating in the shout are disappointing the many fans of Mexico who want to positively support their team. They are also damaging Dallas’ reputation as a soccer city, particularly after recent friendly matches by Mexico in Atlanta, Nashville and Los Angeles there were no discriminatory shouts. “