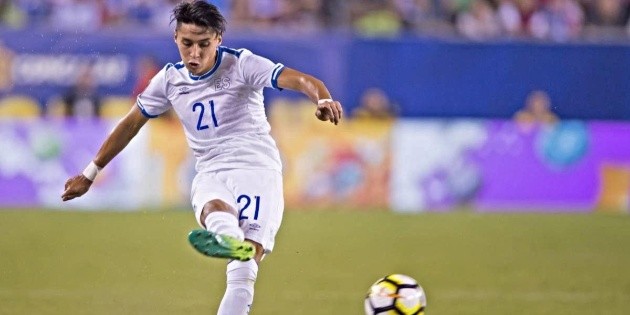 Yes OK Central America ran out of representatives in the semifinals of the gold Cup which had the United States as champion, there were good individual performances that should not be missed on the table. This is the case of the Salvadoran defender Bryan Tamacas, who was awarded by the Concacaf thanks to his great performance in the games he played with the Selection of El Salvador.

Let us remember that the Selection of The Savior stayed in the quarterfinals against the Qatar National Team (3-2) in a match where they went from less to more, but that in the end that impulse to come back could not be given and they were left at the gates of a Cup semifinals Gold. Although there were many criticisms, the truth is that they did leave interesting things, which will surely be polished for the Qualifiers heading to Qatar 2022.

After the United States National Team defeated (1-0) the Mexico National Team in the final of the Gold Cup, the Confederation of North America, Central America and the Caribbean Football (Concacaf) began to distribute the corresponding prizes to the participants of this tournament that stood out and the case of the Salvadoran Bryan Tamacas was quite special. One of those moments was in the recovery of the ball that he had to assist Joaquín Rivas in the second goal against Qatar in the quarterfinals.

For this reason and also for its great performance in general, the Concacaf gave him the Fighting Spirit Award (or Fighting Spirit Award in English) of the 2021 Gold Cup. Let us remember that he also had the good attitude to recover from a concussion he suffered in the second match of the competition against Trinidad and Tobago.