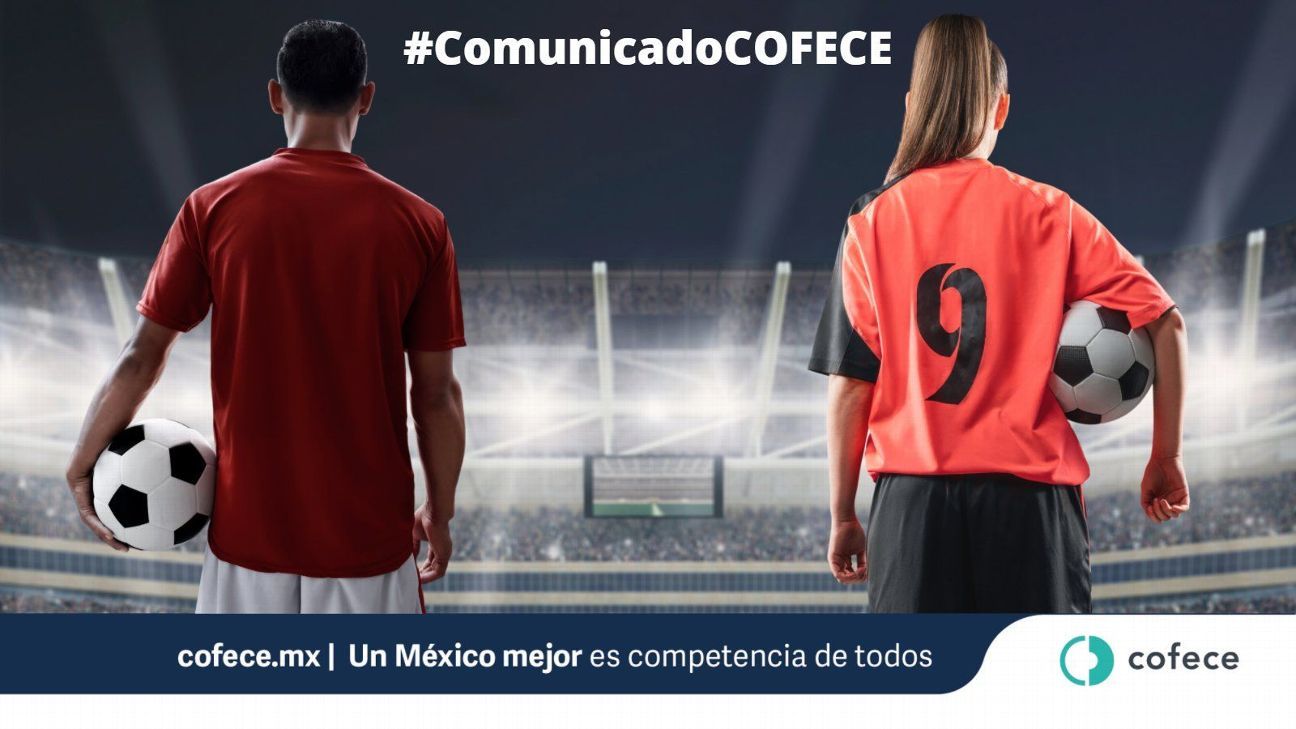 Three years and three months after initiating an exhaustive investigation into the way in which players are recruited in Mexican soccer, the Federal Economic Competition Commission (COFECE) imposed fines to 17 clubs, to Mexican Soccer Federation (FMF) and to eight individuals for a total of 177 million 585 thousand pesos.

The COFECE plenary session found the responsibility of these agents in carrying out absolute monopolistic practices in the soccer player transfer market through two modalities: the first, by setting a salary cap with the players of the Liga MX Femenil, a situation that deepened the salary gap between women and men in soccer, and the second through the so-called “Gentlemen’s Pact”, which prevented many male players from freely negotiating and hiring new teams.

This is a resolution that COFECE has taken derived from file I0-002-2018, which began on June 29, 2018 and included the investigations directly at the offices of the Mexican soccer teams and the FMF itself, where the agents This agency seized computers and requested contracts and financial statements to investigate the alleged behaviors that affect free economic competition in this sport in Mexico.

All the teams involved, including the Federation and the eight individuals, have been notified of said sanctions and have the right to file legal recourse before the Judicial Branch of the Federation in case of not accepting the resolutions of the COFECE.

According to this Commission, the 17 sanctioned clubs, with the assistance of the FMF, carried out absolute monopolistic practices for at least 10 and a half years, from June 2008 to December 2018, although some of the economic agents participated for a minor period.

“They agreed to apply the right of retention (better known as the ‘Gentlemen’s Pact’), through which each club affiliated to the Federation registered the players with whom they had a contract before it., but their expiration kept the right to retain them ”, explained COFECE in its official resolution.

“If a different club was interested in hiring that footballer, they necessarily had to obtain authorization from the first club that had him in their ‘inventory’, and often pay a consideration for the change. These agreements often materialized in the Soccer Player Hiring and Transfer Regime, known as the Draft, ”he added.

This practice is currently no longer carried out after the agreements reached between the FMF, Liga MX and the Mexican Association of Professional Footballers (AMFPro), which gave way to a new Transfer Regulation that came into force as of the Tournament. Opening 2019, but at the time it constituted an agreement “that had the purpose and effect of segmenting the player market to limit the competition of clubs in hiring them, which unduly restricted the mobility of athletes and limited their ability to negotiation to obtain better salaries ”, added COFECE.

Regarding the practices that limited free economic competition in the Liga MX Femenil, created in 2016, various teams established a salary cap in three categories: 1) those over 23 years of age would earn a maximum of 2,000 pesos per year. month; 2) those under 23 years old, 500 pesos plus a course for their personal training and 3) the players in the Under 17 category would not have income, but they would have help with transportation, studies and food. This agreement was replaced by another in the 2018-19 Season, when, according to COFECE, Mexican soccer managers agreed that the maximum salary cap for female players would be 15 thousand pesos per month and only four of their players could earn per month. above such amount, in addition to the fact that the support in kind could not exceed 50 thousand pesos in kind per tournament.

COFECE added that these practices generated damage to the soccer market estimated at 83 million 375 thousand pesos, so the Plenary of this Commission determined to sanction the FMF, the 17 mentioned clubs and eight unidentified individuals with fines that together they amount to 177 million 585 thousand pesos.