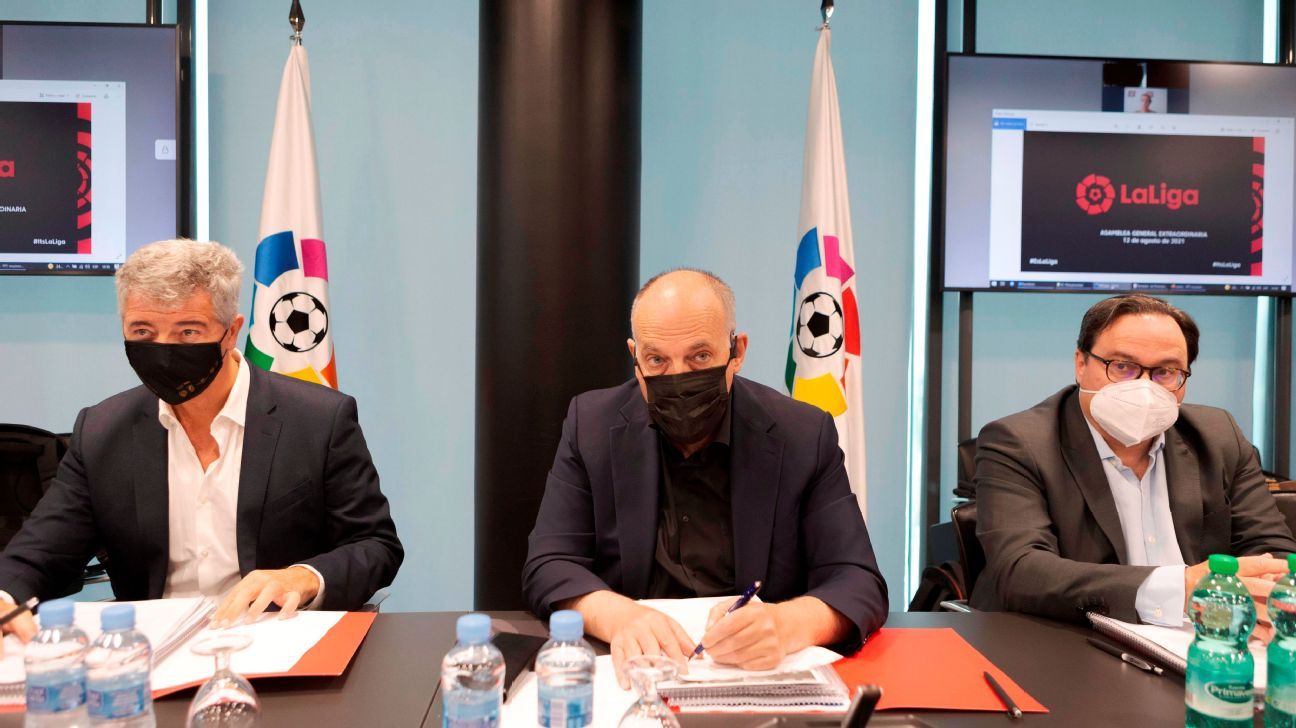 BARCELONA – LaLiga carried out its ‘LaLiga Impulso’ agreement with the support of practically all the clubs, after a marathon assembly in which the project was supported by 38 of the professional teams, voting against Real Madrid, Barcelona , Athletic Bilbao and another unknown club (the vote was secret) and that caused an indisputable “satisfaction” in the president of LaLiga Javier Tebas.

“This is a strategic agreement to revitalize our competition and the clubs with the aim of making a much more competitive League,” explained the leader, who confirmed that a clause was included with CVC “that allows clubs that are not happy, and those who are against, that they do not make disposition of the amount that touches to them “.

“The better the fund goes and the more value it has … the more the clubs will earn,” said Tebas, who made it clear that the intention is for CVC to “win a lot because that will directly benefit the clubs and will do so in the short term. You have to have a business vision “.

“With CVC it ​​has been considered that it was the best to include that clause in order to have more consensus,” said the president of LaLiga, who was not concerned about the judicial threat from Real Madrid: “That of precautionary measures and others, if at all It happens, I don’t think it happens because there has been massive support and it would be exaggerated in any way. “

Tebas, who reported that this “injection of capital will give all the clubs a lot of growth”, interpreted the contrary vote of Barça and Real Madrid “in a Super League key. There you can see that they are not interested in a powerful League and their vote is understood in against”.

“We have not sold anything to CVC”, the president of the employer’s association rushed to clarify, warning that the management of audiovisual rights “is still in the hands of LaLiga. The fund puts that money to increase the value and takes a percentage, simply … You have to understand that CVC is not coming to the rescue, at all. Clubs can only allocate 15% for debts and 15% for players, immediately “.