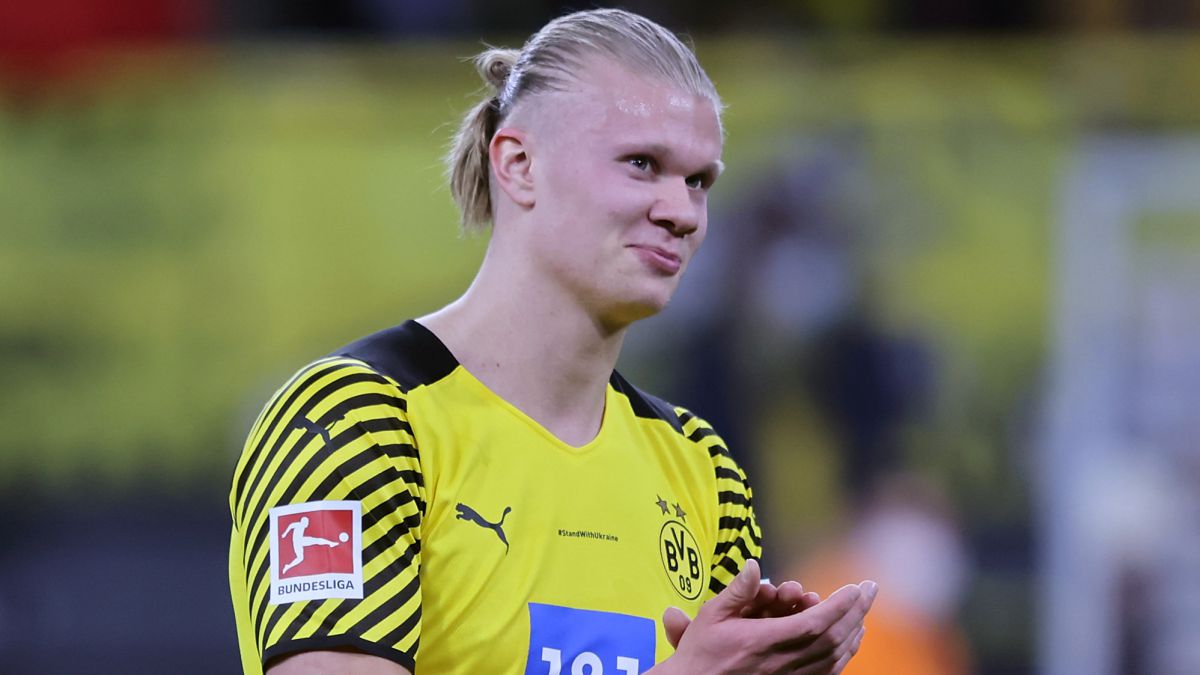 They say that joy goes through neighborhoods, and in Manchester it was not going to be different. United is mired in a historic crisis, but its neighbor and rival, City, is experiencing one of its best moments. Just after the painful defeat of the Red Devils against Atlético de Madrid in the Champions League, the Daily Mail has advanced the astronomical offer that Pep Guardiola’s team would have launched to Erling Haaland, who has not yet clarified his future.

The same British newspaper reported last week that Manchester City was leading the race to get the 21-year-old striker, still owned by Borussia Dortmund, and has now published what his salary would be: 500,000 net pounds a week, or what is the same, about 600,000 euros. A figure with which Halaand would exceed the emoluments of Cristiano Ronaldo or Kevin De Bruyne, who do not exceed 375,000 pounds per week.

Haaland’s annual salary would be close to reaching 30 million euros net per year. A fixed cost to which should be added the 75 million euros of the striker’s clause and the more than 40 million of commissions to his agent, Mino Raiola, and the player’s father, Alf-Inge Haaland, always according to Daily Mail.

But the Dortmund star has another great suitor. Real Madrid is the great desire of the player, as Diario AS advancedbut his role is not so clear because Karim Benzema occupies the same position and he is performing at the best level, which does not help to convince the striker.

That would be the great asset of Manchester City, which would offer itself as a bridge club so that Haaland ends up arriving at the Santiago Bernabéu, as published The Timeswho also reported a meeting on February 3, in which Txiki Begiristain, City’s sporting director, and Omar Berrada, the club’s head of operations, met in Monaco with representatives of the soccer player to specify the clauses and the payments of a signing.