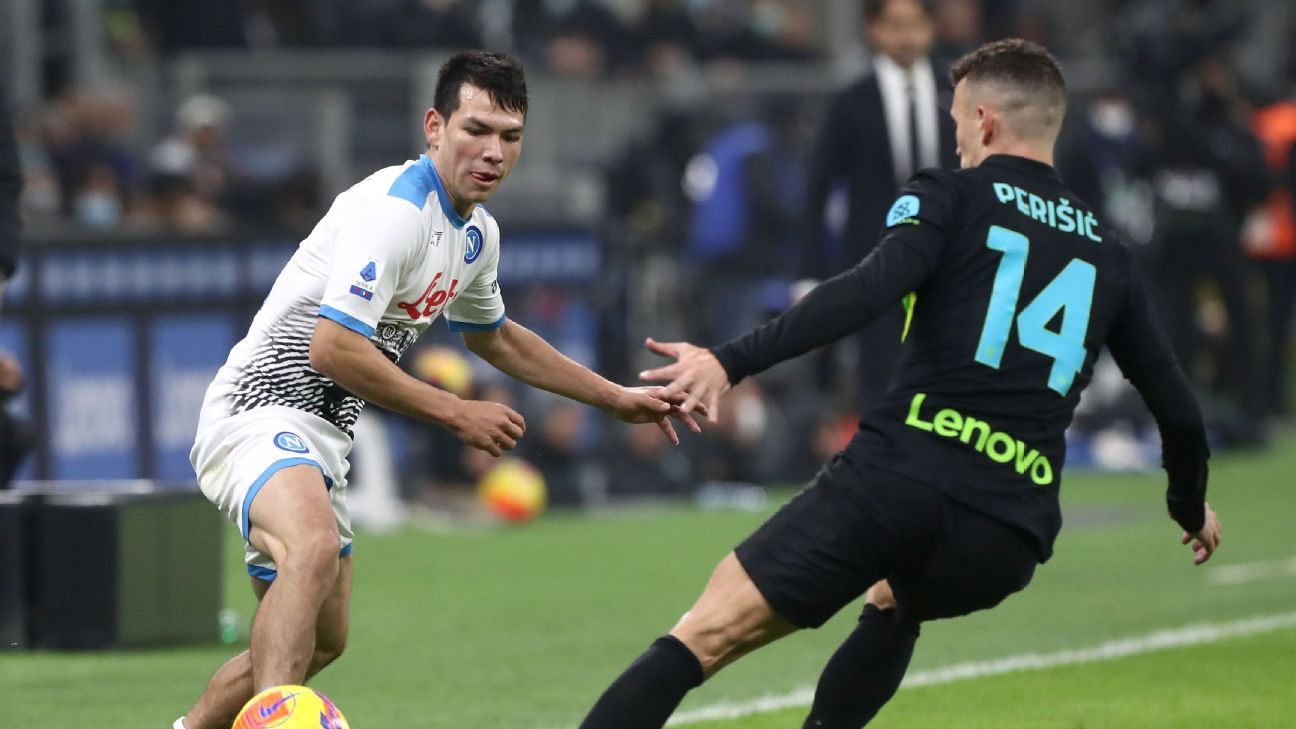 Chucky Lozano will repeat as a starter with Napoli in the Europa League duel, when they face Spartak Moscow, due to the various absences presented by the Italian team

The Mexican footballer Hirving Lozano is shaping up to be a starter in Napoli’s game against Spartak Moscow for the fifth day of the Europa League due to the significant casualties Luciano Spalletti has in the offensive zone.

Facing the key meeting for the European competition, Lozano aims to be the most important player that Spalletti will have in the attack with Lorenzo Insigne, Matteo Politano and Victor Osimhen unavailable for medical reasons.

Insigne did not train with the group due to a knee injury while Osimhen will have to undergo surgery after sustaining multiple injuries to his face after a blow in the game against Inter Milan last Sunday. For its part, Politano is on the COVID-19 list.

‘Chucky’ comes from being a starter in the 3-2 defeat against Inter in Serie A and in the Europa League he has participated in the four games that the Italian team has played being part of the starting lineup in three commitments. In the European competition, Lozano barely has one goal.

With seven points, Napoli is first in Group C and a win against Spartak would guarantee their ticket to the next round of the Europa League.

Chucky Lozano is shaping up to be a starter in Moscow